You are here: Vietnam Trail Series » Q and A: Quang Nguyen

Q and A: Quang Nguyen

Quang Nguyen has taken third place at the VMM 100km and scored many other race podiums. He’s known for his methodological approach to training and his willingness to share his knowledge with others. Here we talk to him about his background, race strategy and performances and more. 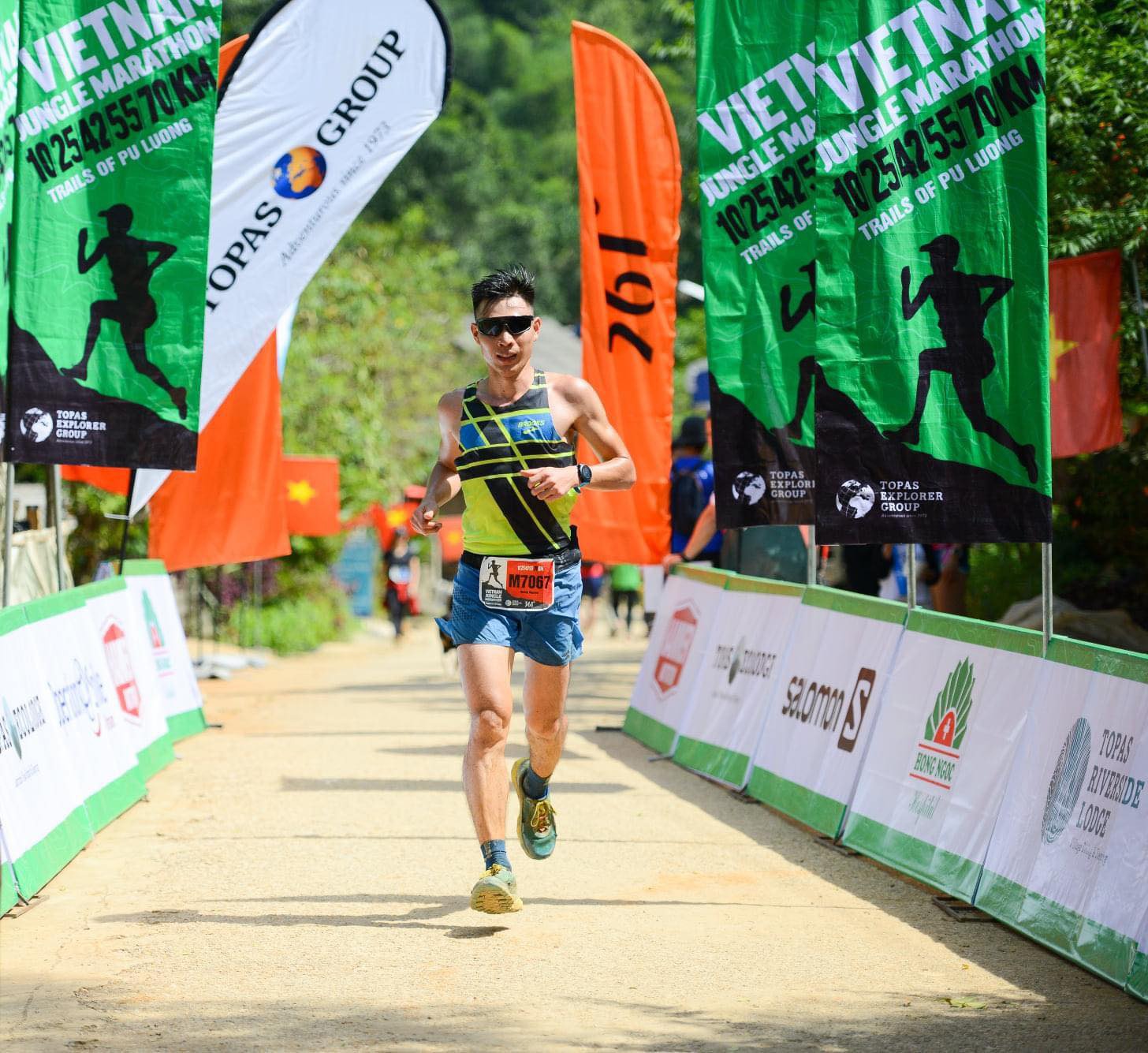 Congratulations again on your great result (third place) at VJM 70k this weekend. How did you feel to cross the finish line?

Congratulations to Topas for a successful VJM 2020 race. Cool weather and average humidity meant ideal conditions for runners to finish the race with new personal records (PR) set. Perhaps it was thanks to the weather that I still felt strong and comfortable after finishing 70km.

You set a new PR at VJM 70k this year (7:57:31), one hour faster than VJM 2019. Did your race strategy change much compared to the two previous VJM editions?

I think the biggest improvement I have made recently is mental endurance, not physical endurance. The fact that I talked with other runners along the course made me feel like I was on a trip, not in a race competition. The comfortable and calm feeling helped me move continuously, even when walking.

My nutrition strategy did not change at all. Last year I used Tailwind Nutrition along the course and felt strong with it. So I continued to use it again last Saturday. 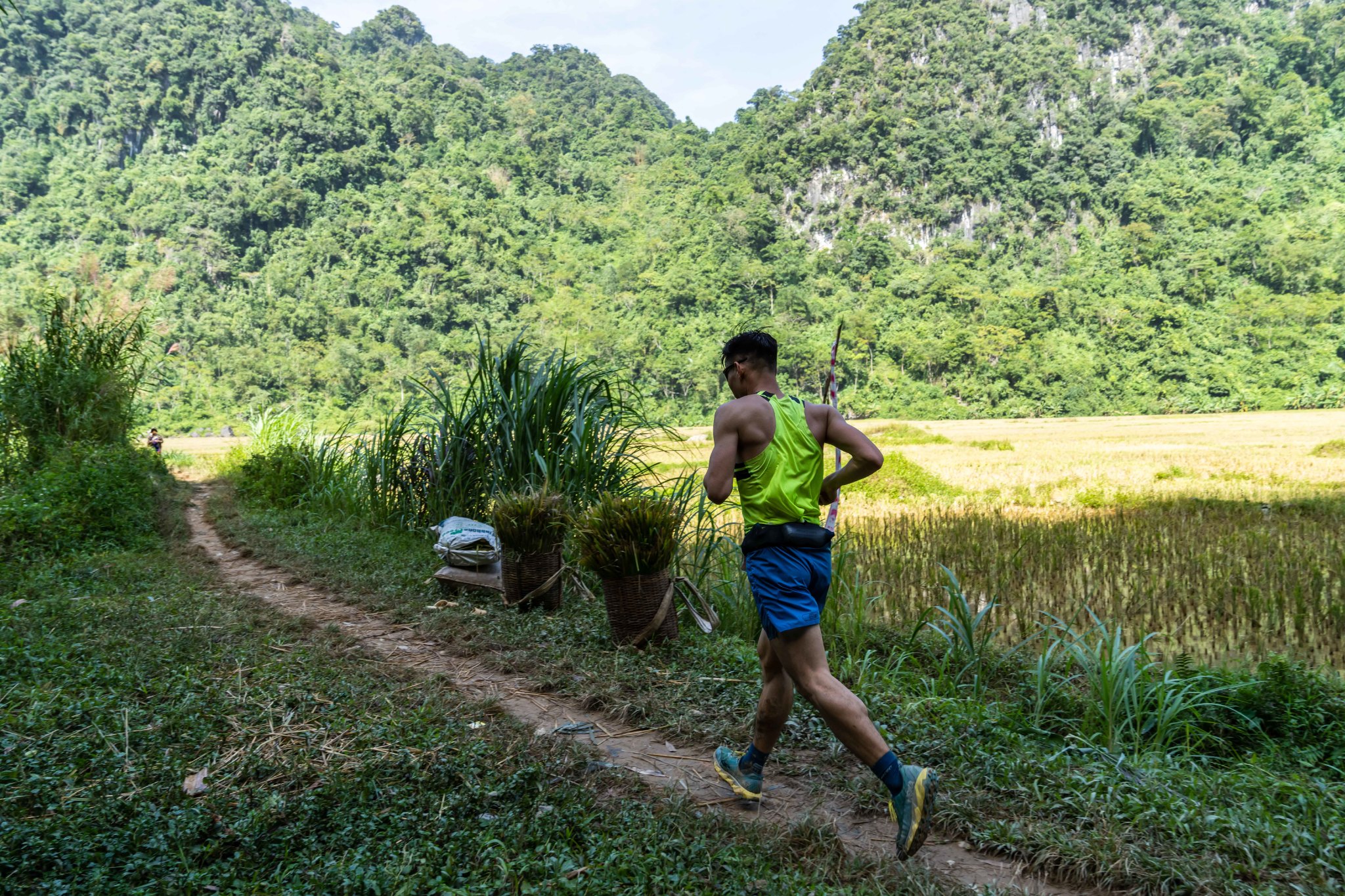 Can you tell us a bit about your battle with the other podium runners ?

After Cp1, the top 3 was Gaetan, Romain and me. We ran very close to each other until CP4. These two French runners had a very good speed and were very agile. I think the gap between us expanded the most on the road climb from CP4 to Cp5. Beside us, there were many good contenders from the Vietnamese running community. They are all strong runners. 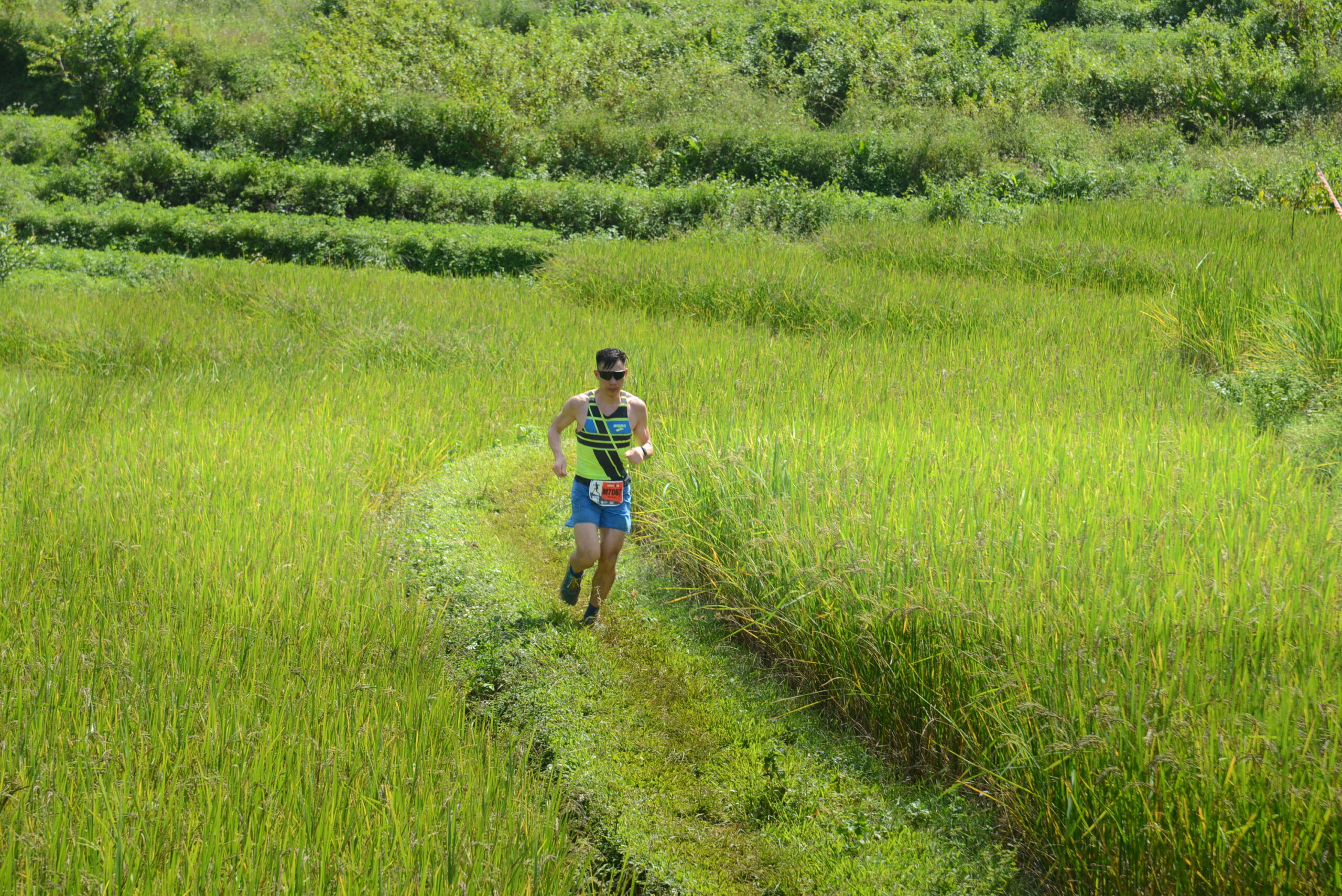 You lost your foot pod on the beast – can you explain what that is for those who do not know. How does it help you pace your run?

Perhaps this is my most unforgettable thing at VJM2020. I think it slipped off my feet when I stumbled while running down from The Beast. The probability of finding it among the jungle is very small. I use a STRYD footpod to track my daily training and set goals that fit my current strength. Furthermore, I also use it to control my effort and pace in the race with my Garmin. I highly appreciate its accuracy and not being affected by GPS signals or weather and terrain factors.

What first inspired you to get into running? And did you run trails from the beginning?

I started running in 2013 when a friend of mine asked me to run.

When I first got to running, I often ran road. I knew Vietnam Mountain Marathon (VMM) in 2014 through a friend of mine Phạm Thúc Trương Lương who has joined VMM since the first edition. His fascinating stories made me curious about the event and VMM 2015 was the first time I ran 42k. 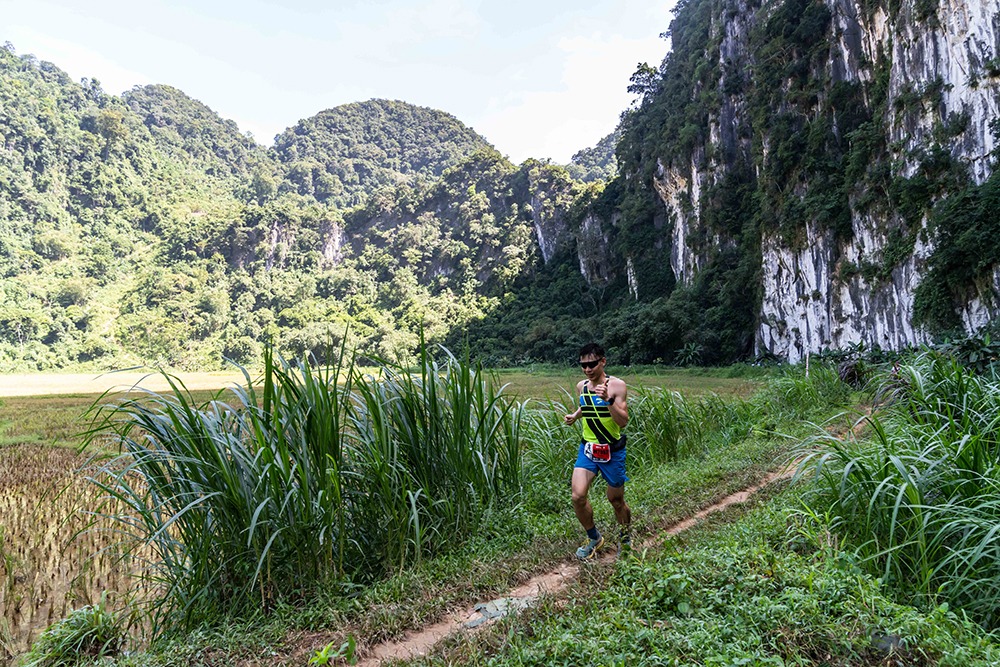 In your training article, you showed us a very detailed statistics of your daily training. How did it help your training and which running gear has assisted you on that?

Statistics on a weekly basis helps me to have an effective and time-saving training plan. The main gear I often use is Garmin 935/945 watch and its applications including Connect Mobile Apps or Garmin Connect website. I am very happy to share my training plan with other runners and hope it will help us all improve our performance.

You have run VMM and VJM on a yearly basis since 2015. Of all these races, which one is the most memorable and why?

You were also a live course reporter at Vietnam Trail Marathon 2020. Did the race become different compared to when you run?

VTM 2020 was the first time I was in the position of a live course reporter. I was able to watch the competition among top runners directly. The difference was that I sat on a motorbike when moving between checkpoints – running a few hundred metres was much less tiring than running the whole 70km!

Who do you see as the main contenders for the Vietnam Mountain Marathon Garmin 100k this year and what is your goal?

I would like to beat my result of VMM 2019. Tran Duy Quang and Nguyen Tien Hung are Vietnam’s two best ultra runners at the moment. Beside them in this race are many other strong runners. The VMM 100k battle this year promises to be very interesting.  VMM is a race we should respect by showing our best performance. 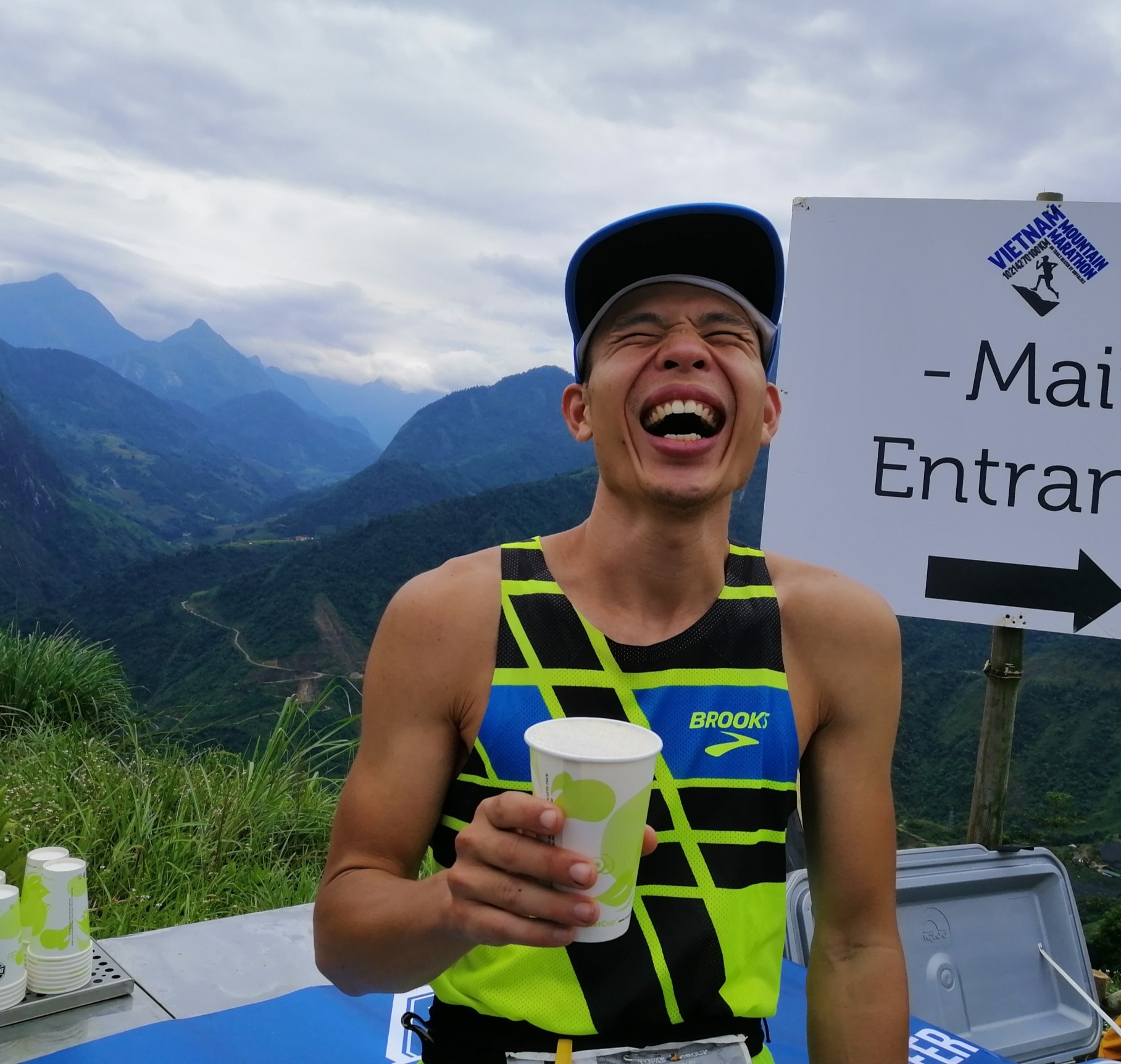 It is just one month to VMM. What is your typical week of training now?

A typical week of mine often includes a speed run with Chay365 group on Wednesday, long runs on weekends and easy runs on rest days. I often run 100km per week in total and this figure will be adjusted according to my working schedule.

Running community in Vietnam has grown up very fast in the last three years, more and more people have come to this kind of sport recently. I think this development will bring more positive things to Vietnam. Running is the simplest sport to enhance community health and bring a healthy lifestyle.

You finished VMM with a Newborns flag. Why did you chose to support them?

Newborns is an NGO dedicated to enhancing health conditions for newborns. The contributions of Newborns in recent years have raised the survival rate of newborns in Vietnam. I appreciate what Newborns has done for Vietnamese children and feel lucky to be with Newborns in a “Countdown to zero” effort – reducing infant mortality in Vietnam. 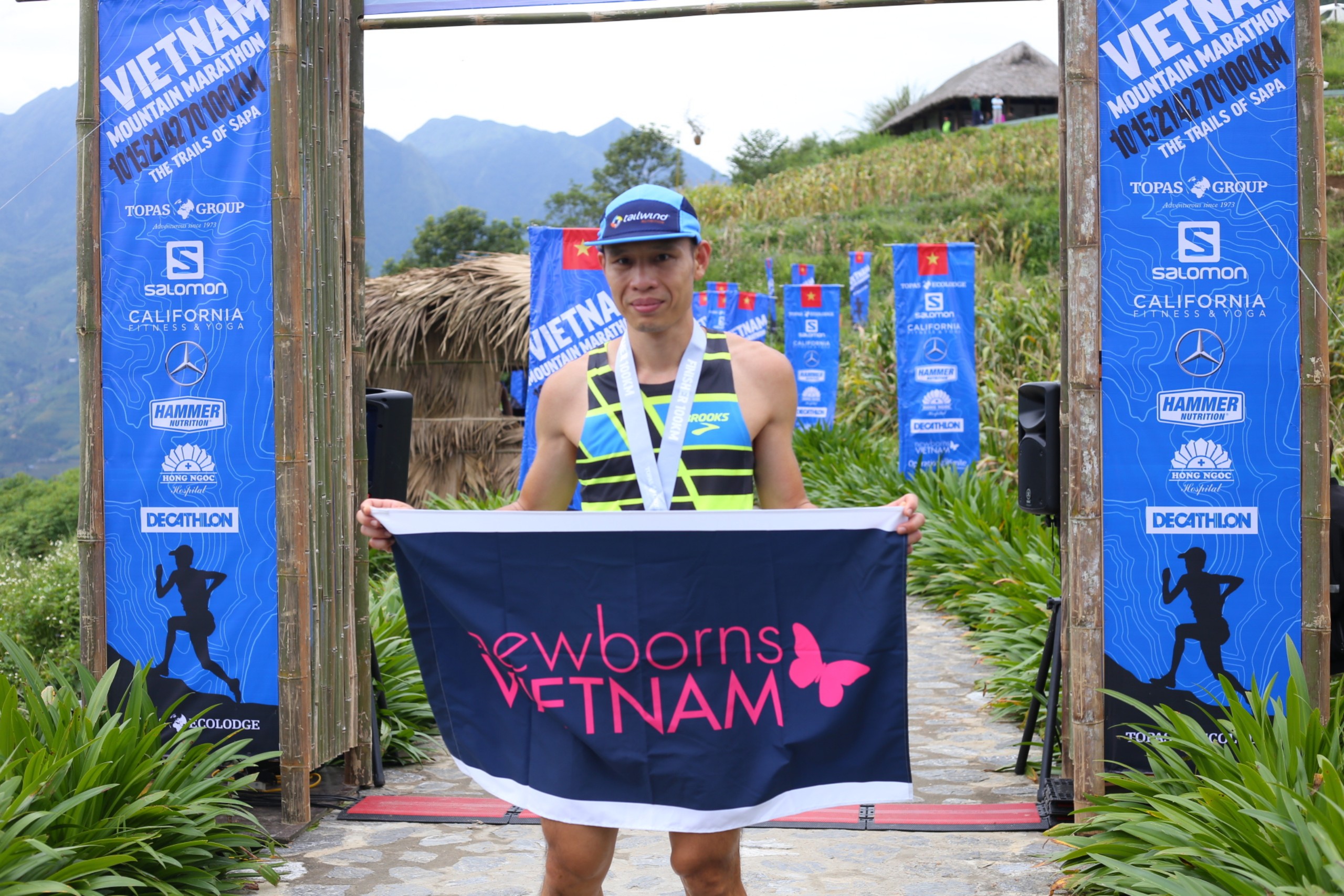 Lastly, Who is your biggest influence and/or inspiration?

To be honest, there are many people who have influenced my running. They are just people around me – some of them I have met, some I just knew through their sharing article. Their stories and training efforts are what have motivated me to improve myself everyday.