Since 2017 Vietnam Trail Series has proudly supported Newborns Vietnam with more than US$63,000 – funds raised directly from runners. Here is just some of what they achieved in 2019 and why we support their great work. 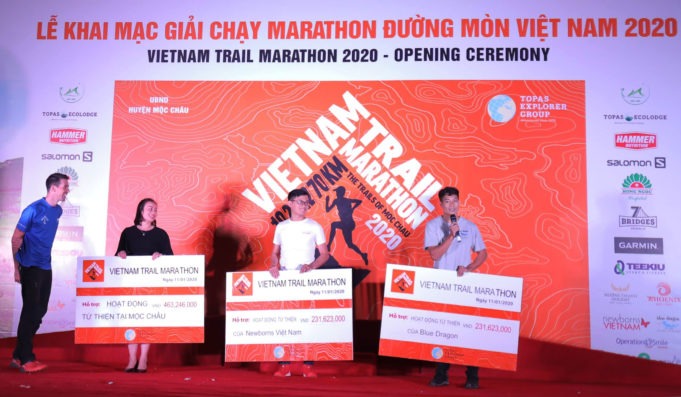 175 doctors from eight hospitals were trained on a Newborn Life Support resuscitation course, accredited by European Resuscitation Council and taught by UK instructors.

20 Vietnamese doctors were trained as instructors and are taking part in weekly practice simulations ready to teach alongside the UK resuscitation instructors when they return to Hanoi in June and October 2020.

The progress with increasing life chances remains steady at the Vietnam National Children’s Hospital, the referral hospital for sick newborns from all Hanoi general hospitals and 28 provinces.

Newborns is making headway with reducing death from infection recorded as a principle cause of death; in 2019 this has decreased from 55% to 45% of deaths, an 18% reduction in the rate.

Death from infection and the ever increasing resistance to antibiotics are big issues and the challenge in 2020 Newborns needs to step up is – clean hands saves lives. Every airport in Vietnam has sinks with automatic taps, but hardly any hospitals Newborns works in have medical sinks let alone automatic taps.

In Hanoi Newborns recently took delivery of four scrubs sinks, with automatic taps and filters, further sinks will be purchased for a number of hospitals without this very basic item.

“We thank Topas and Vietnam Trail Series runners for helping to make this possible and for the sum of more than US$63,000 to date. Let’s keep on running until we end preventable newborn deaths,” said Suzanna Lubran, the founder of Newborns Vietnam.