Runners from 47 nations ran up to 70km in Pu Luong Nature Reserve on Saturday, with money also raised to fund a local school upgrade 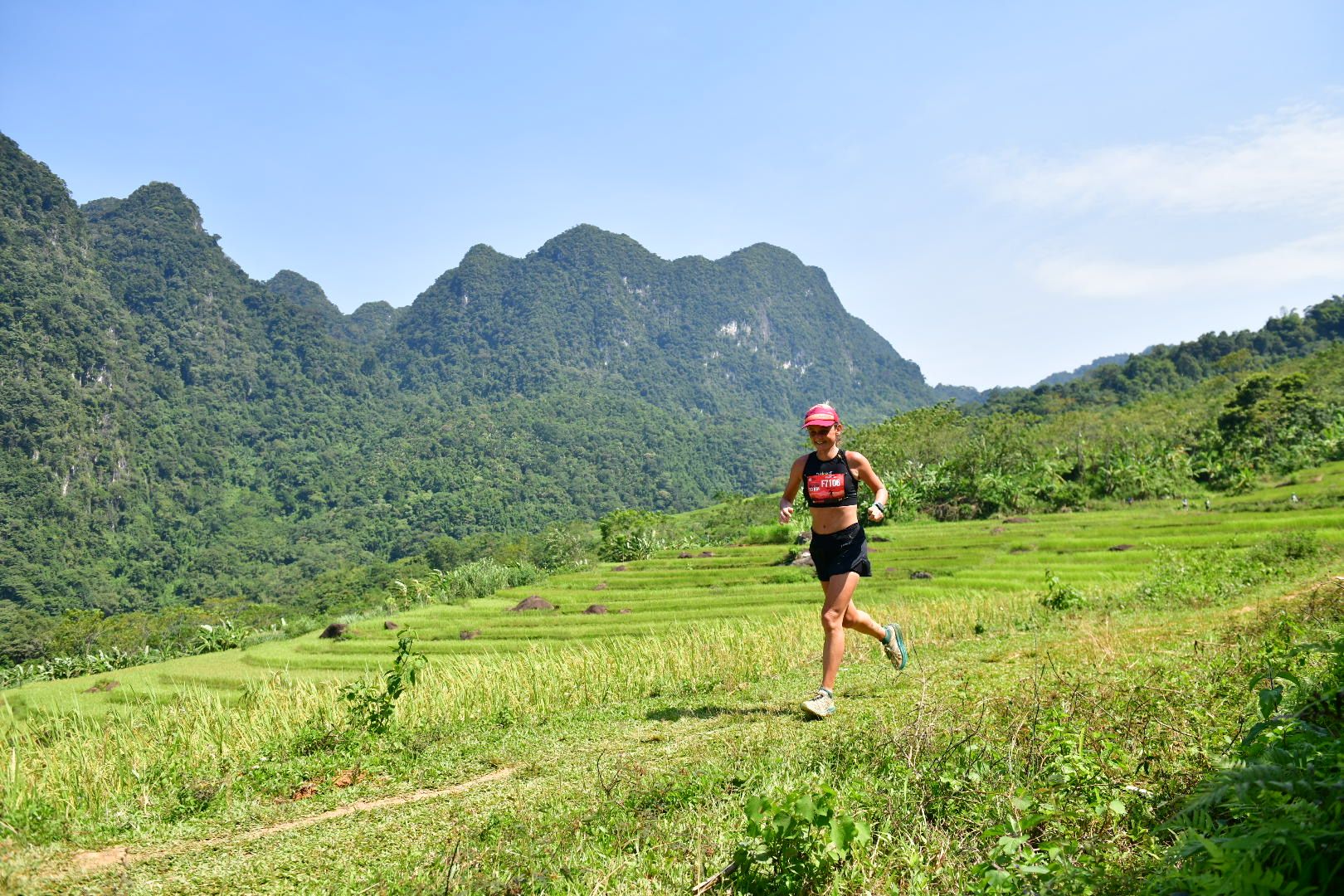 Photo: Vanja Cnops on her way to victory in the 70km

This was the fifth edition of Vietnam Jungle Marathon and the biggest to date. It is held in Pu Luong Nature Reserve in Thanh Hoa province, an area that is home to ethnic minority villages, stunning limestone mountains, some of the most beautiful rice terraced valleys in Vietnam, waterwheels and waterfalls. 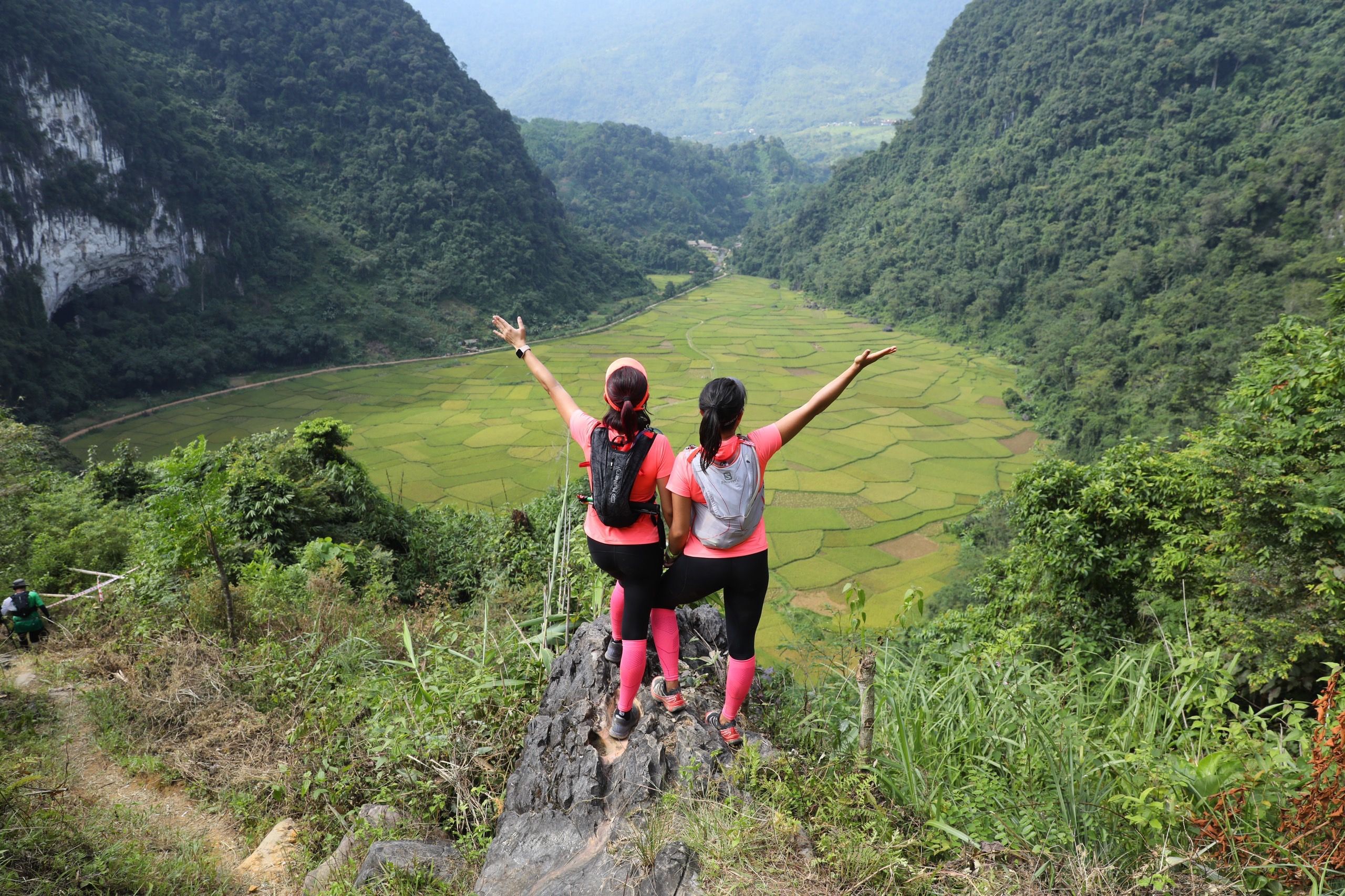 The male 70k champ was Jeff Campbell of Canada. He ran the 70k in 7 hours and said: “It was a beautiful course, one of the most beautiful I have ever run. It was challenging, and there were many strong runners. Hisashi Kitamura (the past champion from Japan) was pushing the pace early on, but then then he was struggling a bit on some of the climbs, so I separated and ran the rest on my own. All the crew were amazing, thank you to everyone that made it a great event.”

When asked why she keeps coming back to Topas races in Vietnam, she explained: “Because they are so well organized and it is so beautiful in Vietnam, so I love to come back every time. This time the course was really beautiful in great weather.”

The 42k male champ was Darren Southcott said: “It was amazing, super well organized and the scenery is absolutely stunning.” On staying in remote Ban Hang village which is turned into a trail runner’s village for the race, he added: “It’s somewhere I would not have come to otherwise. There are many super friendly people and a fantastic atmosphere. The crew were super helpful, very encouraging, and overall it was super well organized.”

Actor Nhan Phuc Vinh also finished the 70km. “It was great, and next time I will do the Vietnam Mountain Marathon 100km!” he said. 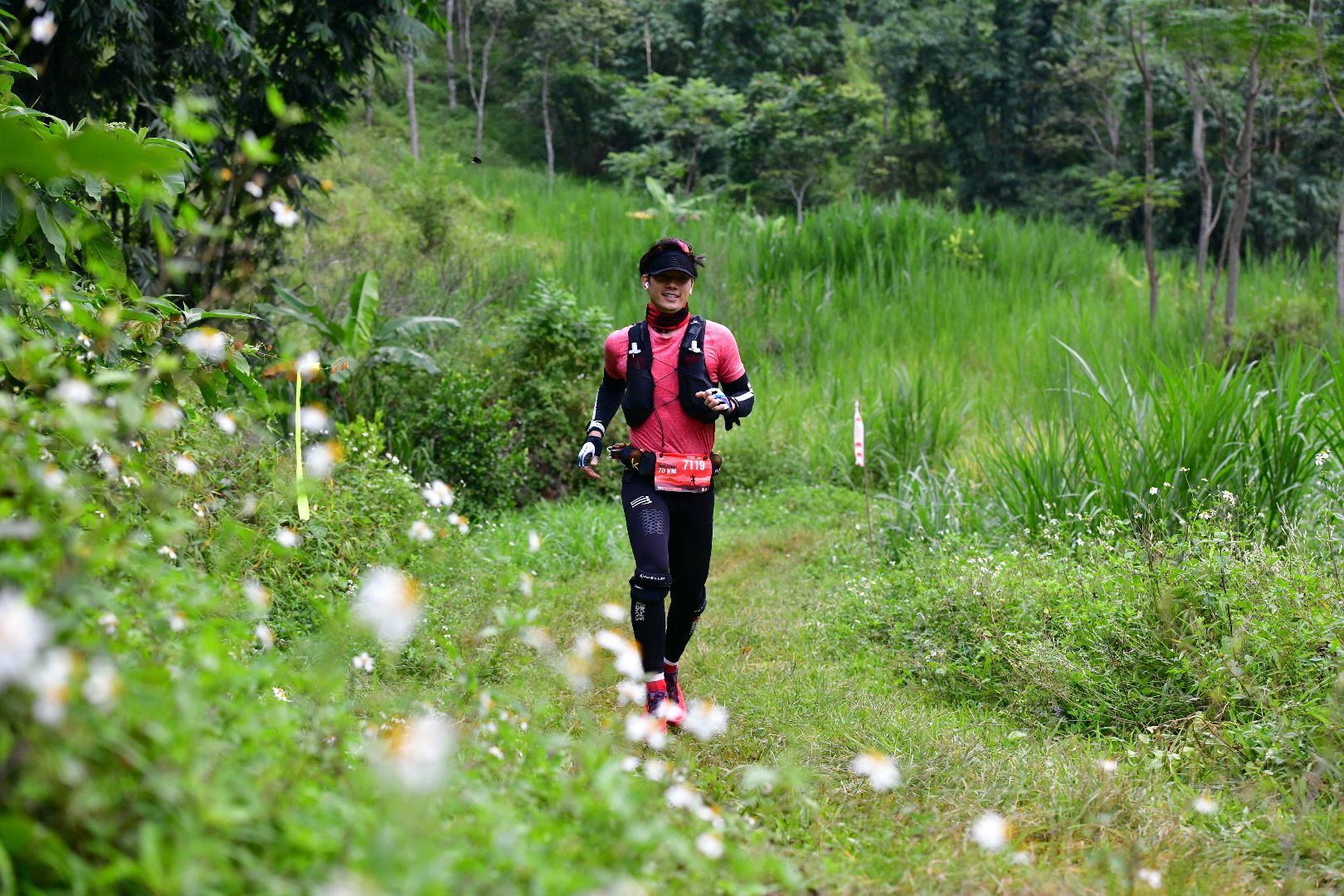 Nhan Phuc Vinh on his way to a 70km finish

Funds over the past two years from VJM have been used for drowning prevention programs in the areas surrounding the VJM race course.

In 2022 Topas will work with the finish line village, Ban Hang, to build new rooms at the village school which is in need of expansion and repair.

Alongside this other charitable work, a group of 50 from Blue Dragon Children’s Foundation is being supported to join Vietnam Jungle Marathon, with their trip from Hanoi and the race fees fully funded. This gives the kids a great experience for the weekend and has also provided them with a target to train for over the past months.

Co-CEO of Blue Dragon Children’s Foundation, Do Duy Vi, was once a street kid himself. Today as well as being co-CEO, he is a runner, and he inspires the kids Blue Dragon helps to start running too via the charity’s run club.

Vi said: “The kids who joined from Blue Dragon Children’s Foundation had an incredible experience. Two of them made it onto the overall podium and many onto the under 12 and under 16 podiums. They loved their time at the race and it will be a great memory for them. They will also now be inspired to keep running and to get ready for their next trail, the Vietnam Trail Marathon in Moc Chau.”