We know that for a lot of people VMM 10k and 15k will be the first experience of racing. Therefore this month Simon Grimstrup took some time out from his guiding in Tanzania to look at how newbies can avoid running into an injury.

I’m writing this month’s training tips in Tanzania where I have just completed a second climb of Kilimanjaro with Topas clients. It’s great fun to do it a bit slower than back in February when I coached, paced and acted as a mule for the fastest ever female ascent of Kilimanjaro by Kristina Schou Madsen in 6 hours 52 minutes. This time we had another record however – the oldest Danish lady to climb the mountain, Kirsten Bøegh, at 72 years old! 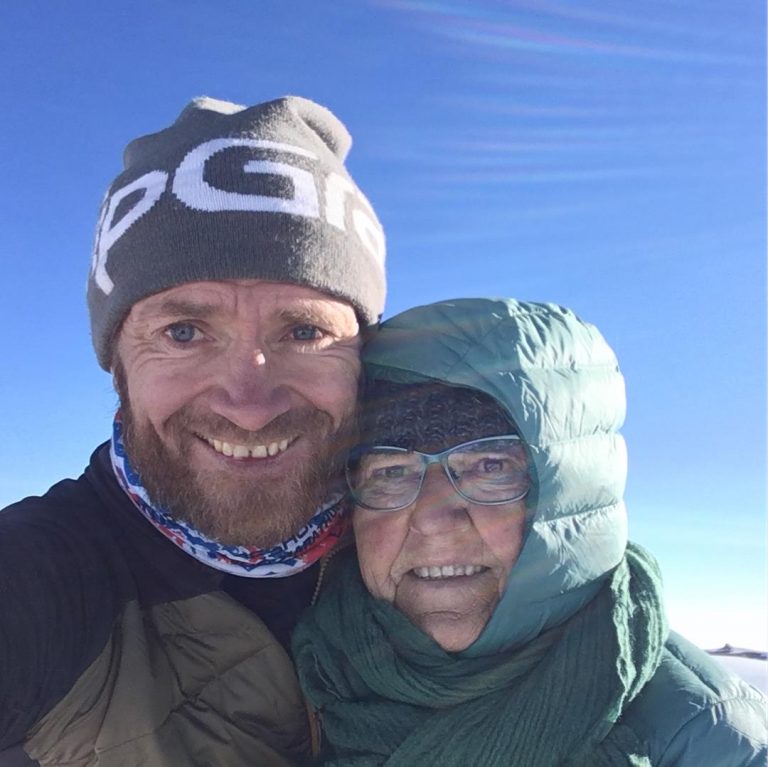 Simon with the record breaker in Tanzania

While on the climb in quieter moments I had some time to think about my top three pieces of advice for new runners – especially those who have taken up running to conquer their first VMM 10 or 15km.

Tip 1: Do not start out too fast or far

Many new runners get all excited about running and think it is all about speed, going faster or longer each time they run. In most cases this will lead to injury.

Common problems arising from this include shin splints, runner’s knee, achilles problems, damaged knee cartilage or even plantar fasciitis… all pretty scary stuff, that will stop you running for a while.

Instead, you should start with a comfortable walking distance and put in some running to your walk.

Start with some pretty short runs, where you run pain free, and without feeling wrecked after each time you have been out.

Gradually make the running intervals longer and longer until you run the whole distance. Then you can start increasing your run distances.

Take it very easy… when you have found a level at which you can run three times a week, start to increase the distance of one of your weekly runs by 1 km at a time.

You do not need a coach to start running – but it is a good idea to have a plan and make a running diary.

You can start with a plan as above – start walk/running three times per week.

Move to running three times per week. Then increase the distances.

There are plenty of free apps to keep your running diary. A favourite is Strava. There is a big Topas Strava club you can join and get inspired by other people’s runs as well as sharing your own.

Some apps also allow you to plan your runs, for example Training Peaks, but this function does not come for free.

If you get pain it is a sign from your body telling you that you are increasing your distance and/or intensity too fast.

This means you should take some easier weeks until the pain goes away or potentially stop running altogether for a while if it is very bad. After that, start again at a lower level. If you cannot run, you may be able to continue some training with walking.

If the pain is very bad, you should consider consulting a doctor.

If you have any specific topics you would like Simon to cover in the next Trail Running News, please get in touch with us via info@vietnammountainmarathon.com or via the VMM, VTM or VJM Facebook pages.