After being postponed due to Covid-19 back in May, this Saturday more than 1,100 will race up to 70km in stunning Pu Luong Nature Reserve. They include British Ambassador Gareth Ward and some of the nation’s top ultra runners, Quang Tran, Quang Nguyen and Nguyen Thi Duong. 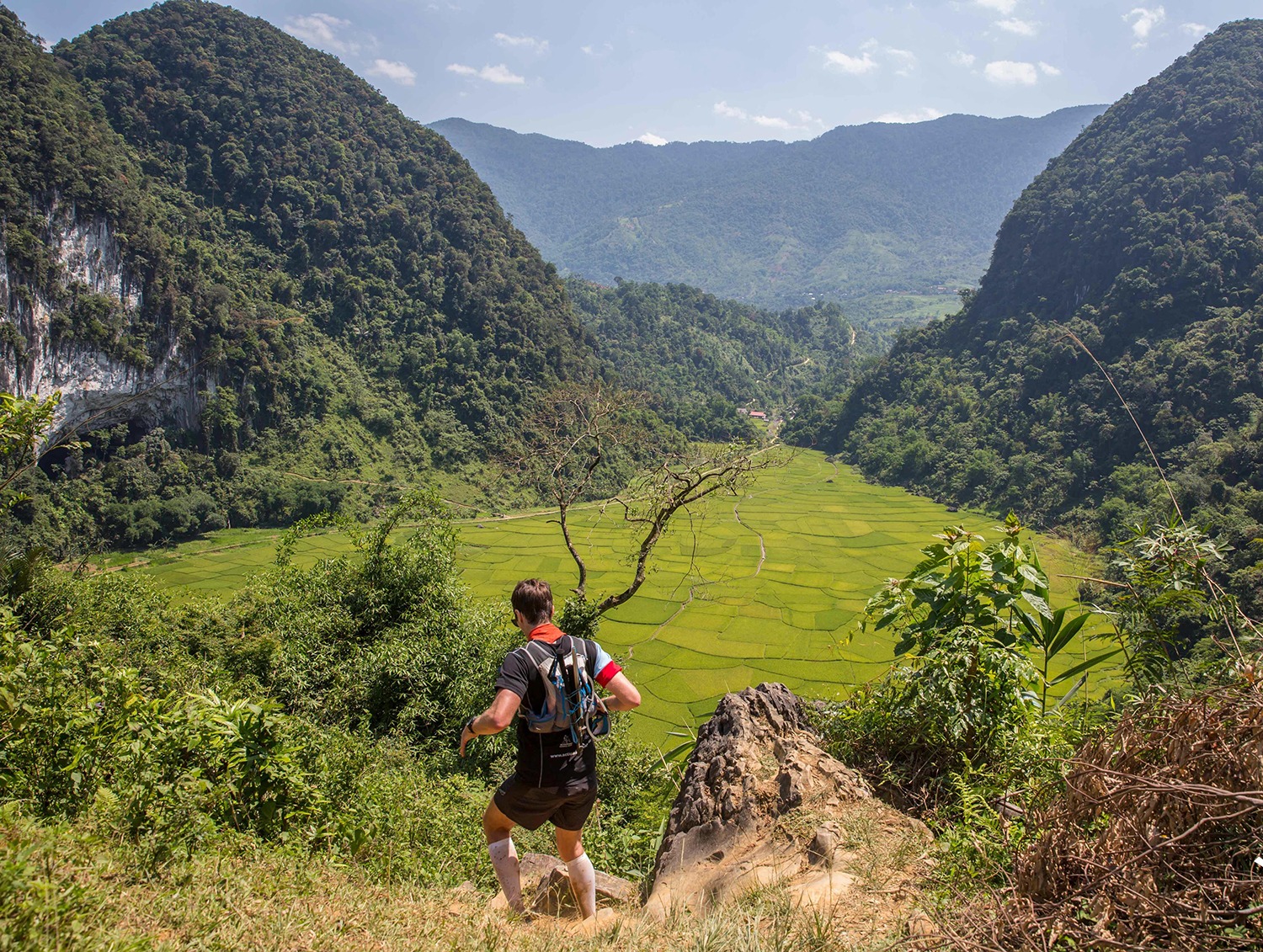 Growing, against the odds

This race usually attracts a high number of athletes from overseas, so this growth, despite the closure of borders, highlights the growing enthusiasm among Vietnam’s runners to discover Pu Luong, one of the most beautiful parts of the nation.

“We are delighted to be able to organise this race in a year when many events have been cancelled due to covid-19,” says David Lloyd, founder of VJM and Director of Sport at Topas Travel.

“We have worked closely with the authorities of Thanh Hoa to ensure it can go ahead and we now look forward to welcoming runners who have waited a long time to get out into the beautiful hills of Pu Luong,” he added.

The race will be organized on Oct 24, when Pu Luong has its second golden harvest season. Normally held in May, Vietnam Jungle Marathon has developed a reputation as the toughest race in Vietnam thanks to the hot conditions the runners usually face. 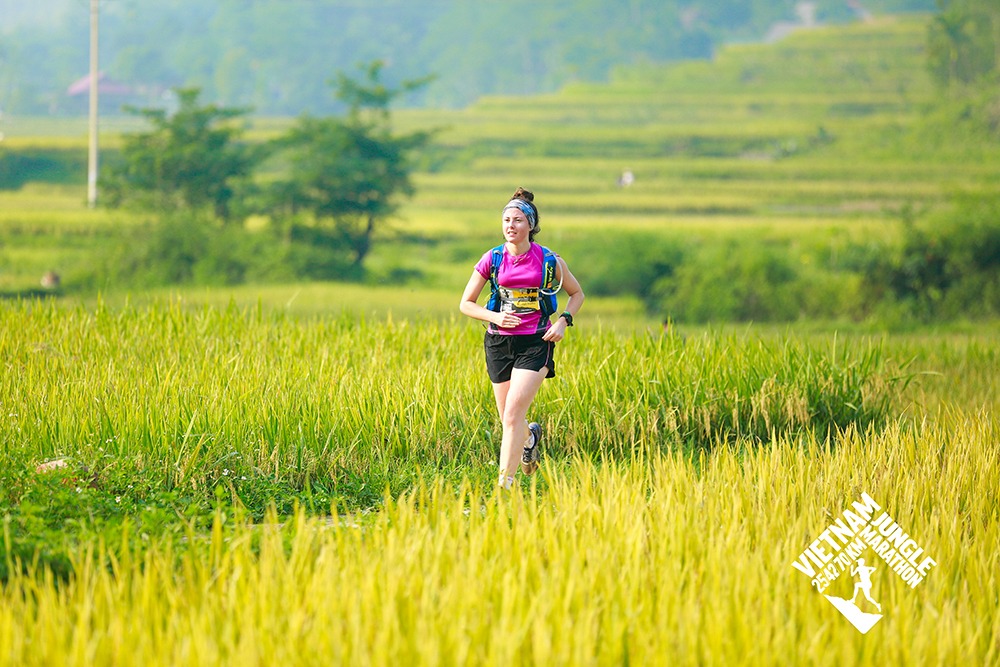 “This year’s October race is a unique opportunity for runners to run in cooler temperatures, so we expect to see some very fast times on Saturday – course records could potentially fall,” says David Lloyd, founder of VJM and Director of Sport at Topas Travel.

“The race is also providing a welcome tourism boost to an area that has seen tourism numbers fall dramatically this year. Some of the homestay owners we have spoken to have had almost no guests for months, so bringing people back to Pu Luong and helping to re-invigorate the tourism economy is an important aspect of the event.”

The battle of Vietnam based runners

This year, the battle among the hot favourites will be very different. The runners are all now based in Vietnam, so they will be familiar with the trails, the climate and also their opponents.

In the men’s 70km distance race, the second placed runner of VJM2019 70k, Quang Nguyen (Vietnam) will be facing Vietnam-based Markus Gnirck, winner of Vietnam Trail Marathon (VTM), which takes place in Moc Chau every January. Beside them, many other fast runners will be on the start line, including Lanh Le, who was second at DLUT 100k. 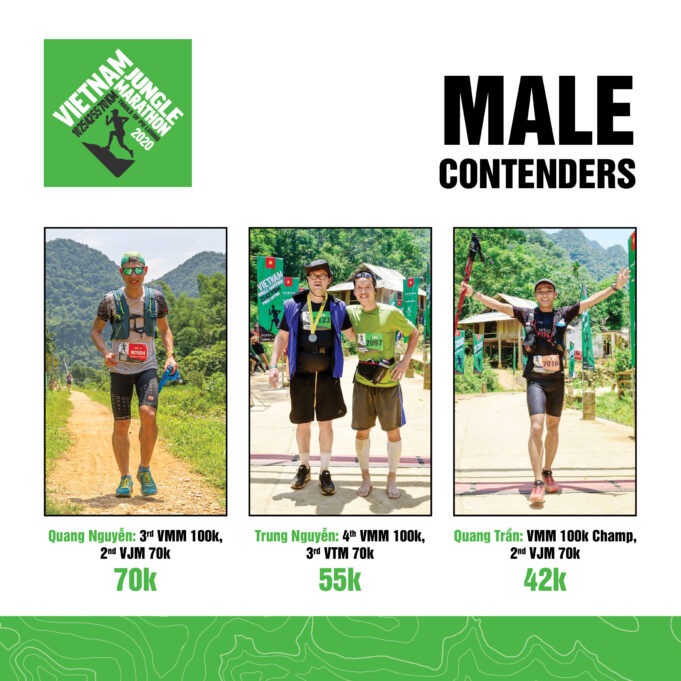 In the women’s ultra field, the first, second and fourth runners of Vietnam Trail Marathon 70k, Nguyen Thi Duong, Nguyen Thuy Dung and Hien Tran will compete with each other once again at VJM 70k this year. 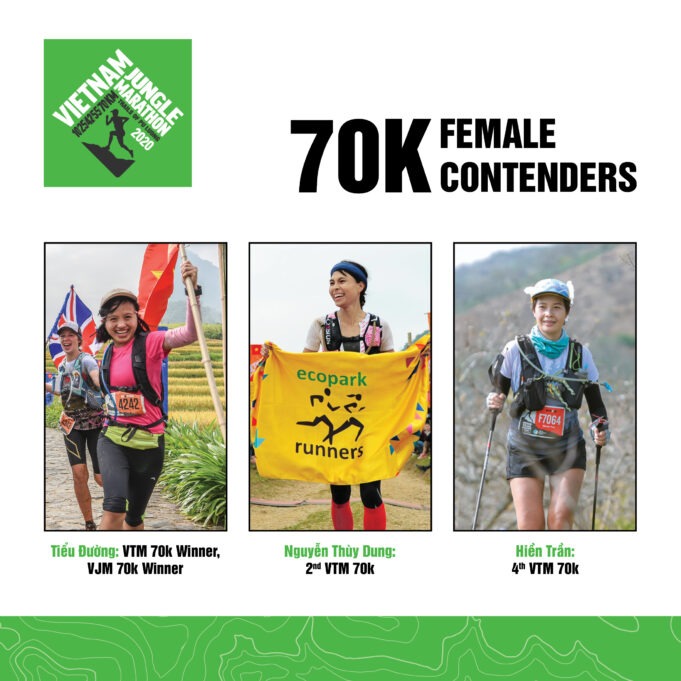 Meanwhile, in the women’s 55k field, Vietnam Mountain Marathon 100k Champ Nathalie Cochet (France) will go head to head with her compatriot Constance Louasse, third place at VMM 70k and also VJM 55k champion. They will be competing with a strong runner from Indonesia, Sara Valentina, who has won VJM 42k.

In the 42k, the battle will likely be between one of the nation’s top ultra runners, Quang Tran, winner of multiple Vietnam Trail Series races, and the elite runner Pham Tien San, Vietnam Trail Marathon 21k Champ. Pham Tien San won that race with a very fast time of 1:51:55, beating some of Vietnam’s fastest trail runners in the process, so his duel with Quang Tran will definitely be one to watch.

A prelude to Vietnam Mountain Marathon 2020

VJM comes just one month ahead of the highlight of the mountain running year, Sapa’s Vietnam Mountain Marathon, which will take place on the November 20 weekend. Last year VMM saw more than 4000 runners compete at what many here call the ‘Trail Runner’s Tet’.

Registration for VMM 2020 is still open and runners can choose distances from 10km up to 100km. This year the race is set to add a much needed boost to Sapa’s tourism economy.

Topas races have a strong charitable focus and hundreds of thousands of dollars have been donated to good causes since 2013. Up to now, Topas Vietnam Trail Series has given US$ 285,400 to charity thanks to the donations that come from every long distance (over 15k) race fee.

In the past three years the race has funded life changing surgery for children through Operation Smile and drowning prevention programs through Hue Help. 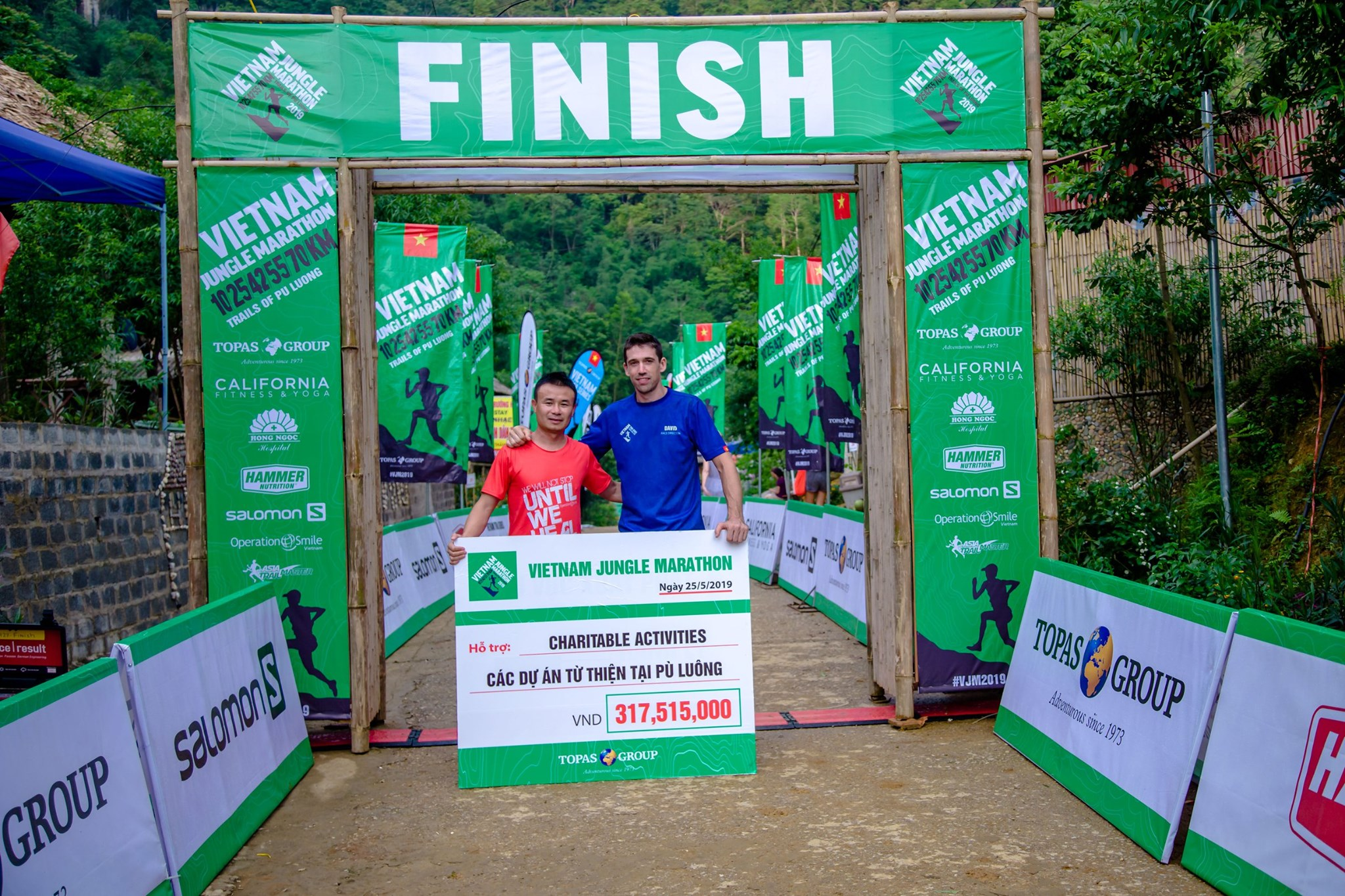 At the fourth edition of Vietnam Jungle Marathon, US$ 13,815 will be allocated for charitable work in Thanh Hoa province with a focus on education projects.