You are here: Vietnam Trail Series » Q and A – Masami Nakamura
Newsletter

Q and A – Masami Nakamura 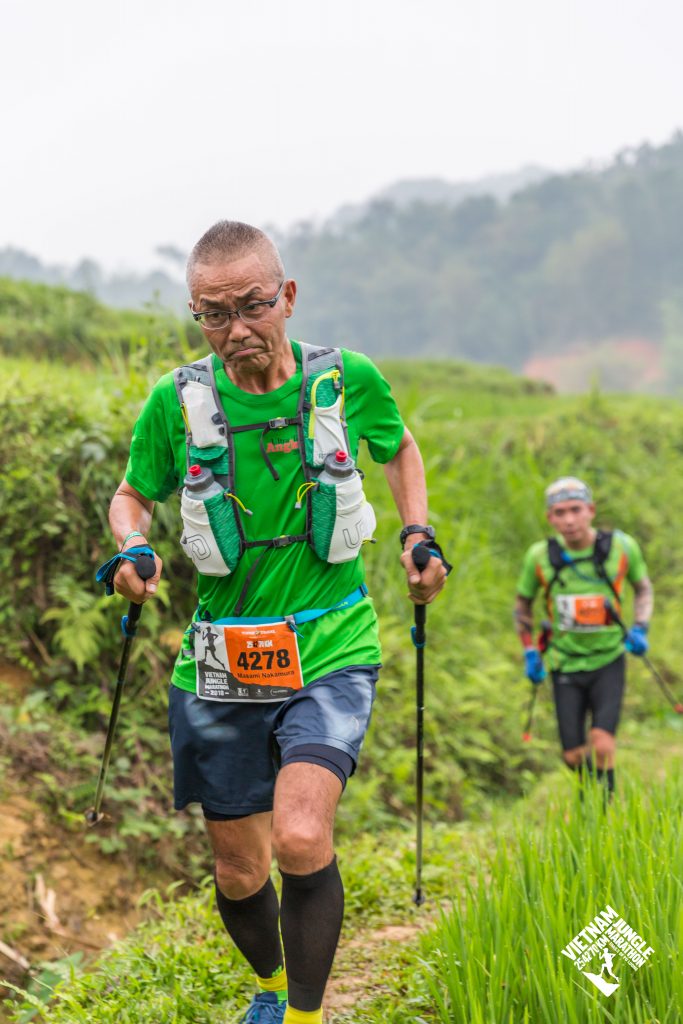 1. What is your sporting background? And what got you started in long distance running?

I was crazy about tennis in my 20s then in the early 1980s when I was in my 30s the marathon boom happened. I started running as an assistant at a running workshop for general people who aimed to  complete the 42km.

I also went to the lower mountains in Kamakura for trail running. At that time we were calling running in the mountains MARANIC – a compound word made from MARATHON and PICNIC.

2. Which do you prefer: road or trail?

Running full marathons on the road from the mid-60s became a big burden both on my body and mind. In terms of trail I learned about VMM and have finished the 42 km with the club members of Danang Runners. It took more than 13 hours, but it gave me a great chance to learn about the charm of the trail run. At VJM, I finished the 25 km in 2017 and 42 km in 2018. On the road I now stick to 21km.

3. What is the longest run you have ever done?

42 km is the longest running distance in my life, but the longest event was in 1996 when I swam 3 km at the Miyakojima Triathlon and then bicycled 155 km and finally ran over 42 km.

When I become 70 years old in 2020, I’d like to try the first 70 km in my life on the trail , not road. I think that it is difficult to finish 70 km on the trail, but I very much hope that I can start with the Vietnamese runners with a 7070 bib number.

4. You are one of the oldest runners in Topas, but to be honest, you look younger than your real age. Do you think running has a significant impact on that?

I think that I look younger than my actual age because I have repeated simple thoughts and acts for a long time. When working on something, I think running plays a role in adjusting the state of the body, increasing concentration and maintaining it.

5. Do you think you will ever stop running?

Although I have had to stop training temporarily, I would like to continue running and walking as long as I live.

6. We know you have been living in Vietnam for more than 10 years and have run all over the country. Which place is the most impressive to you?

I have lived in Vietnam for 18 years. I rent a place in two locations – inside Hanoi’s Old Quarter and in Danang beside the sea. In Danang, I love running along the coast and the rivers. In Hanoi, I like to run around Hoan Kiem Lake and in the alleys where people live in densely packed housing. It is also fun to run in Hue where a lot of history remains.

7. How does running here compare to running in Japan?

In Japan, running started to flourish around 1980 and people’s lifestyles began to change slowly. In Vietnam, running became popular about 5 years ago, but I was surprised at the speed at which its popularity grew. I think that the way the running here has grown in terms of quality and quantity symbolises the development of Vietnamese country.

8. Do you have any advice for young people who would like to start running?

I recommend they learn about their heart. The heart rate is like the engine speed in a car. If you continue running at a high speed, the engine burns out and it will break down. Be conscious of making your heart run like a strong engine.

At first I think that it is better to repeat jogging of up to an hour without raising the heart rate too much, to increase the cardiopulmonary ability, then extend the distance and speed up.