Frenchman Valentin Orange, is VTM 70k champion – here he shares about his training, passion for the sport, gear, race strategy and more. 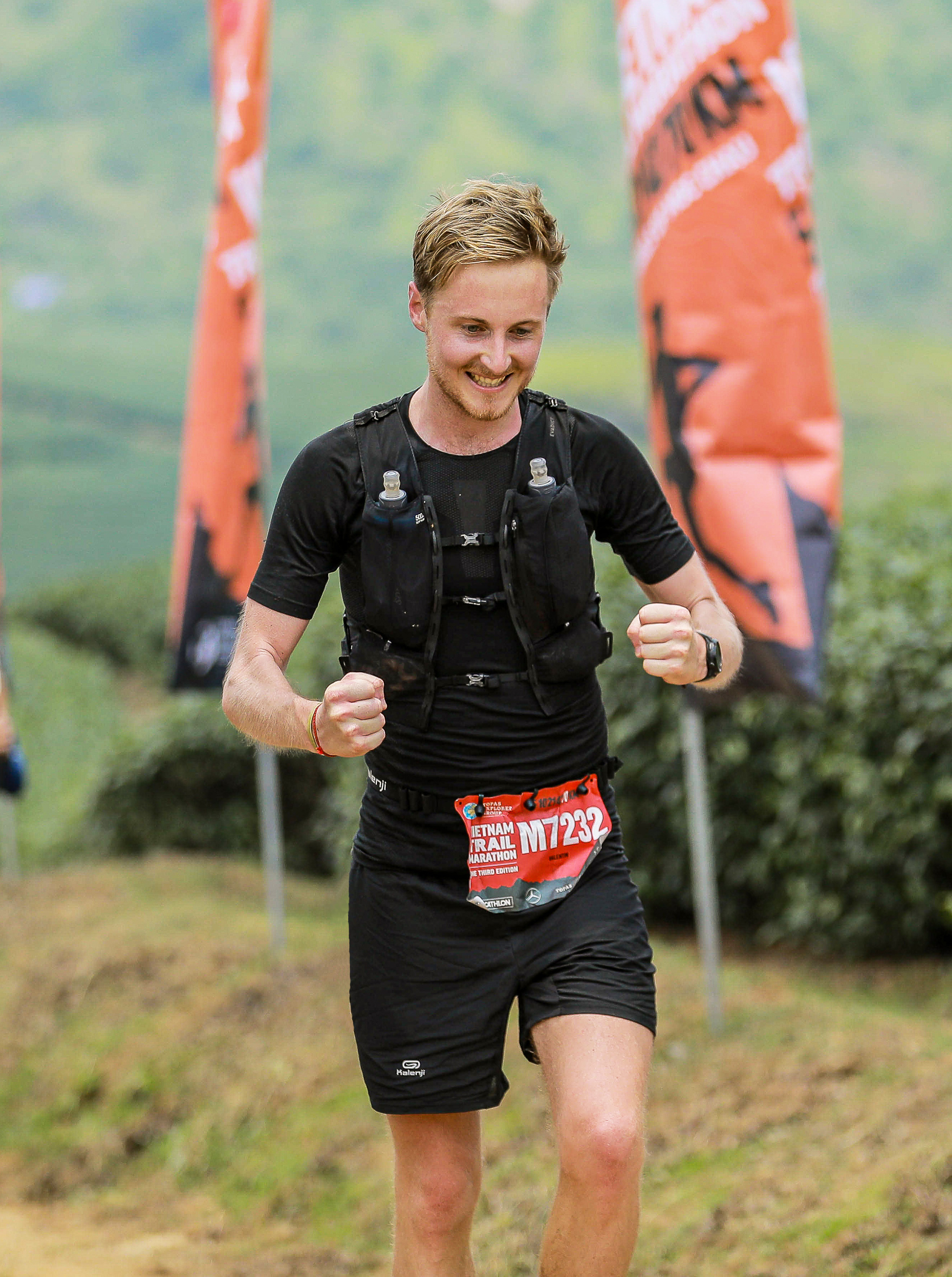 First, congratulations on your victory at Vietnam Trail Marathon! How did you feel when you got to the finish line? You looked pretty fresh!

Thank you! Congratulations to Topas for another successful event, especially in this difficult time. I was really happy when I crossed the finish line, I gave everything! I looked fresh outside but I was exhausted inside.

You took the lead from the beginning and kept a safe distance with your competitors (at least 11 mins after CP4). Can you tell us a bit about your battle with the other podium runners ?

I was prepared for a long and a tough battle with Gaetan. I knew that he would be mentally stronger if we stayed together, so I decided to push hard after the first climb. At KM10, I was 500m ahead of Gaetan and Văn Long Nguyễn. I sped up to increase the gap and ran at my own pace. I always thought that the competitors were close behind and I was expecting to be caught by them at some point. I refused to believe in the victory until the last few km, I tried to keep up despite the heat. I did not know the distance with the other runners, that is why I pushed hard until the finish. To be honest, I would have slowed down a bit if I knew that I was 45 mins ahead. 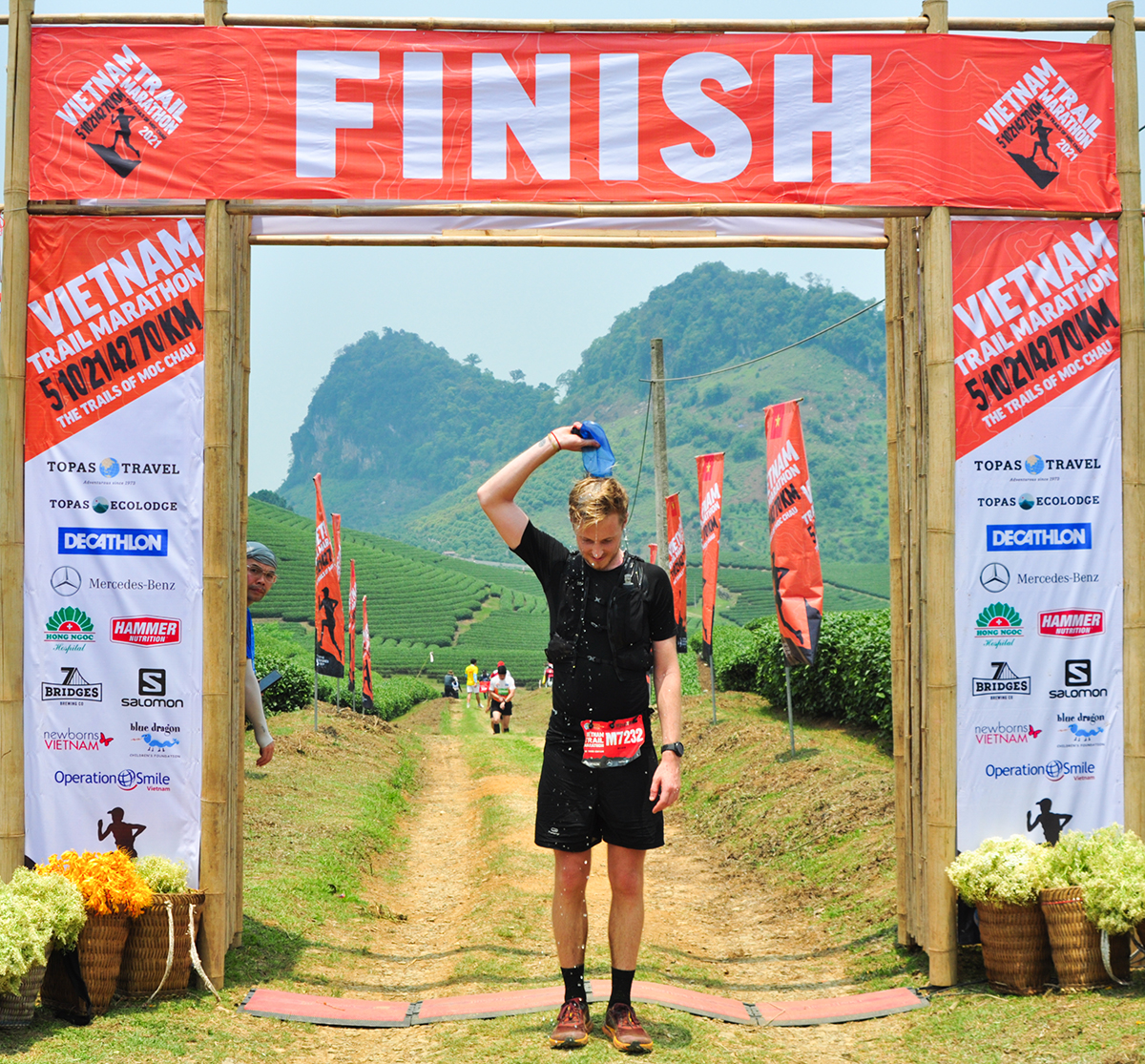 Do you set a race strategy before the start? If yes, how did it execute at VTM this year?

My strategy was simple, start strong and go fast in the first 4 hours while it is still cool, then see how it goes and try to survive the heat. I knew that it would be hard from 8am, therefore I managed to eat and drink a lot in the first hours. I drank 8 or 9L of water in total!

I actually suffered less than expected, I think I like hot temperatures even though I am from Normandy (France), a province where it never gets above 25° in summer.

You also won VMM 42k last year and we know you were carrying an injury ahead of that and chose to train with a coach. How has the coach helped you and why do you recommend using a coach?

I decided to hire a coach last year after a severe foot injury that kept me away from running for a few months.  My coach, Romain Chevalier (a French triathlete based in Bangkok), changed my way of training. Beside running, we work on mobility and core strength in order to strengthen my body and to avoid minor injuries.

He also added interval speed training and swimming to my training plan. Romain helps me to prepare mentally for the races, we build race strategy together. For me it is important to have someone I can rely on, someone who can support me and challenge me during my daily training. 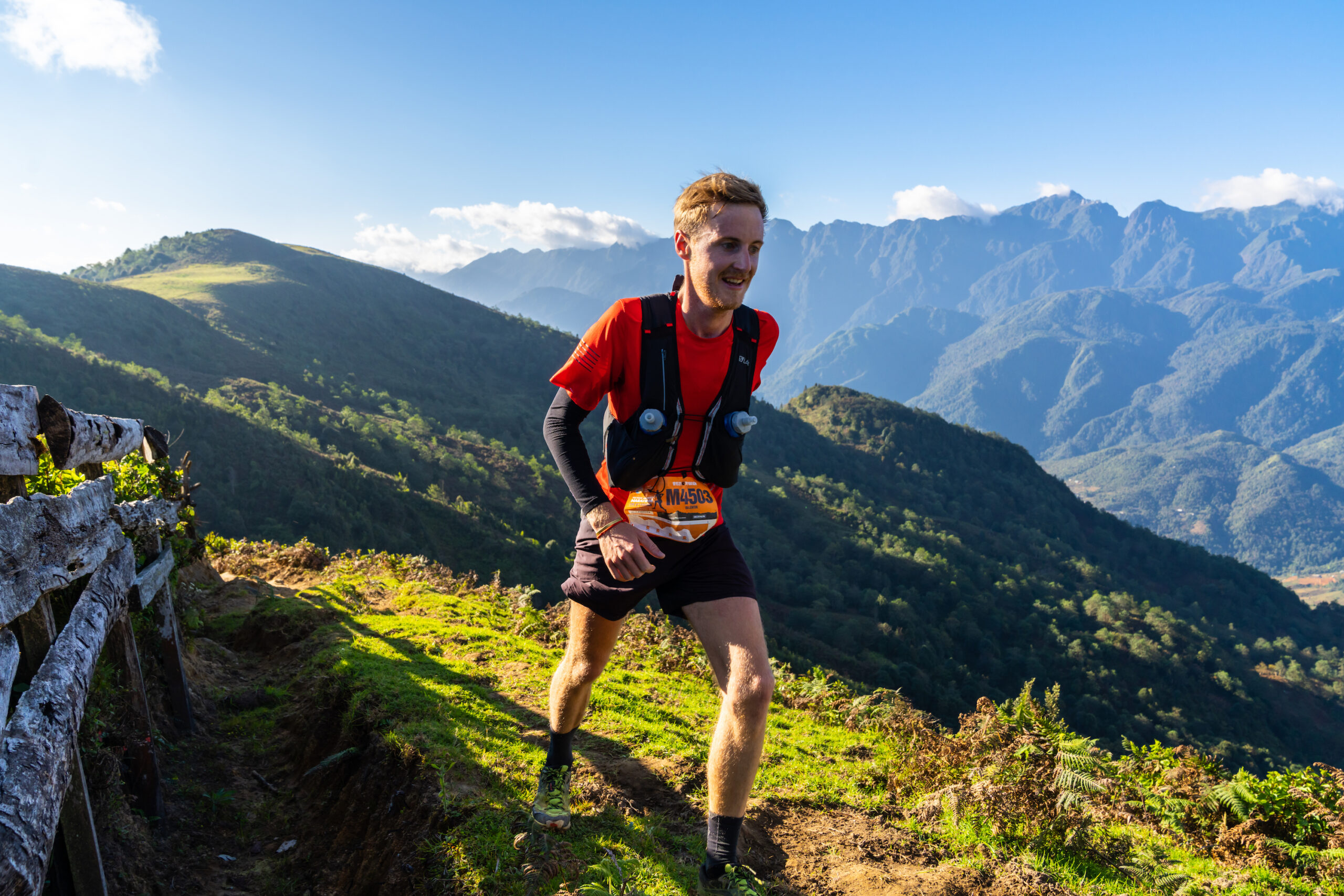 On the VMM trails

I usually run 6 or 7 times per week for a total of 100-120km. It includes 1 or 2 interval speed training on flat, 2 long hilly runs, 1 swim and strength training at home. I also do stretching as much as I can and get a massage once a week.

Do you train alone or with a group? And where do you often train for a trail race?

I am a lone wolf! I do have some good running buddies I run with sometimes, but I train alone 90% of the time.

I run on ‘banana island’ along the red river in Hanoi, my escape from the crazy busy city and Soc Son for the long hilly runs.

Can you share a bit about your passion for trail running?

Running shifted my perspective, changed my way of life and my way of thinking. It is more than a passion, it is a lifestyle. I love running for hours on my own, I love feeling exhausted after those hot and hard long runs, and I like to push my body to the limits.  I am a former football player who was born and raised by the sea, but I feel happier alone in the mountains.

You are now Decathlon’s Trail Running Ambassador. How you act as an ambassador for Decathlon and the sport?

We are working together to promote the trail running range and introduce Decathlon’s products to experienced and beginner runners. I’ve been using Decathlon products for a very long time and so I am happy to be able to help the brand in Vietnam.

What do you think of the role of running equipment? And what is your favourite running gear?

As an endurance athlete, gear is really important. I am very careful in the choice of my equipment. The wrong gear can cause issues during a race – not only the shoes can impact your result.

I really like the Decathlon 5L trail running hydration vest which is by far my favorite among all brands.

Turning back the clock, when did you first get into running? And what inspired you to start? You have shared that VMM is where your trail running life started. Can you share a bit about that?

My first race was Red River Half Marathon back in 2015. At that time I did not know anything about trail running and I found a flyer of VMM in the race kit. A few days later I signed up for VMM 42KM without knowing that it would change my life!  Since then, I never stopped running. 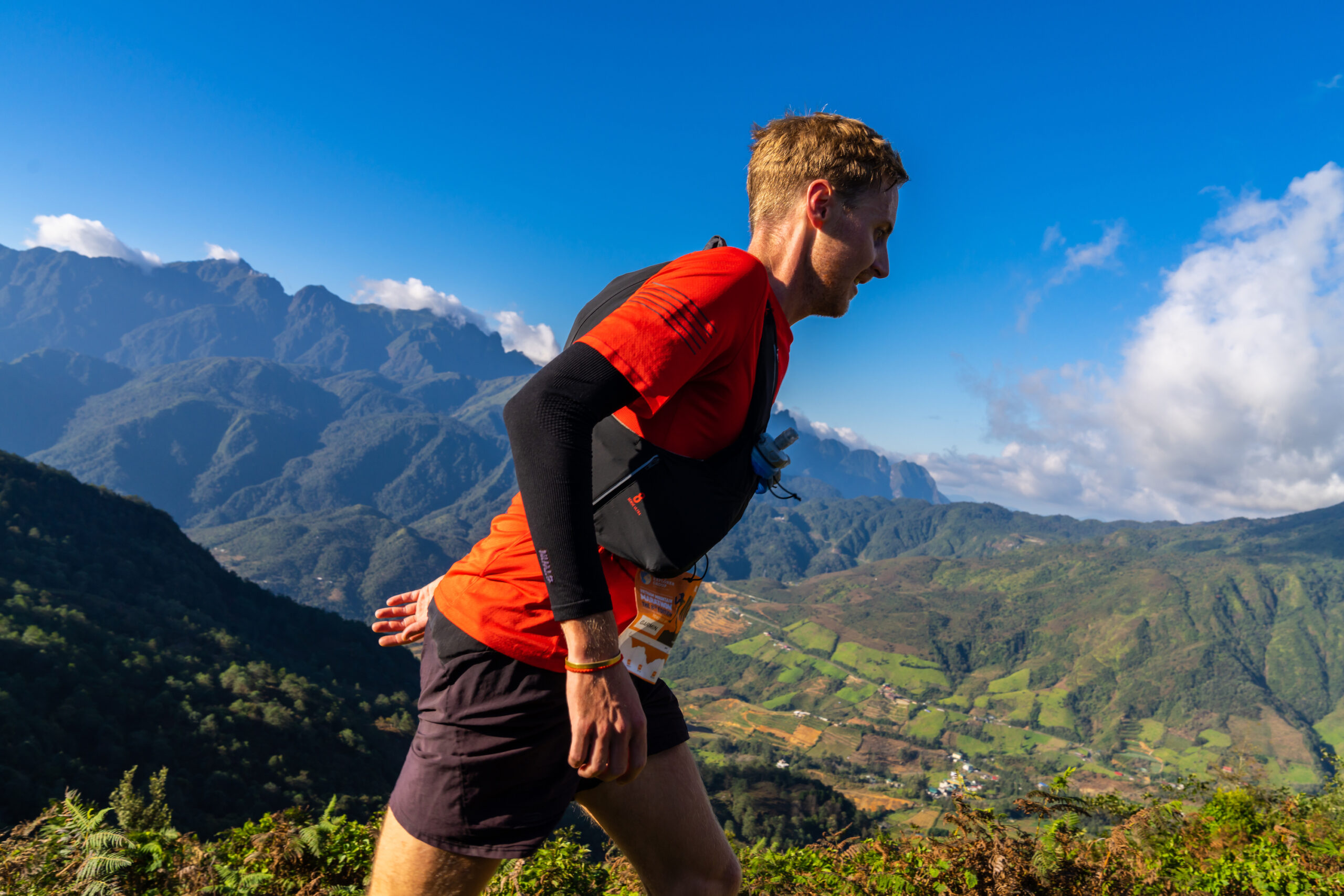 Of all the races, what has been your highlight/fondest running memory?

In 2019, I ran a 70KM race called ‘Le Grand Raid des Cathares’ in France with my little brother Théo. We planned to run together as long as we could and we eventually ran the entire race together. We came 3rd -that was amazing to cross the finish line with him. I think this will remain a special memory for both of us forever. 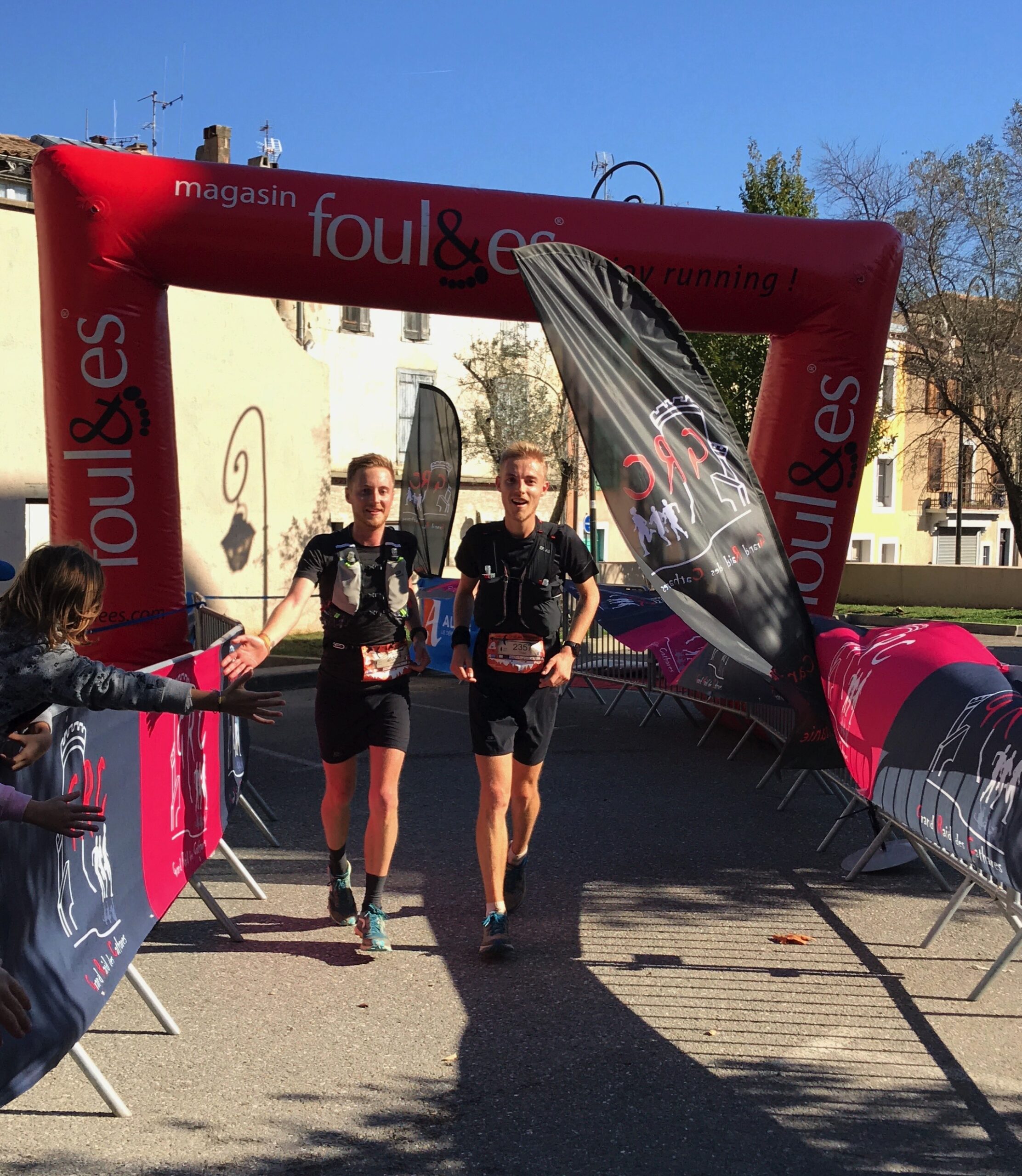 You joined all three VTS races. Which is your favorite race and why?

However, VJM is my favorite in terms of scenery. I did it in 2019 when it was still held in May. It was incredibly hot, I almost fainted when climbing the spike, but it was breathtaking. I think it was the toughest race I ever ran.

Pu Luong is one of my favorite places in Vietnam. I love it so much that I came back last year at the same time to run 42KM on my own… and it was still hot! 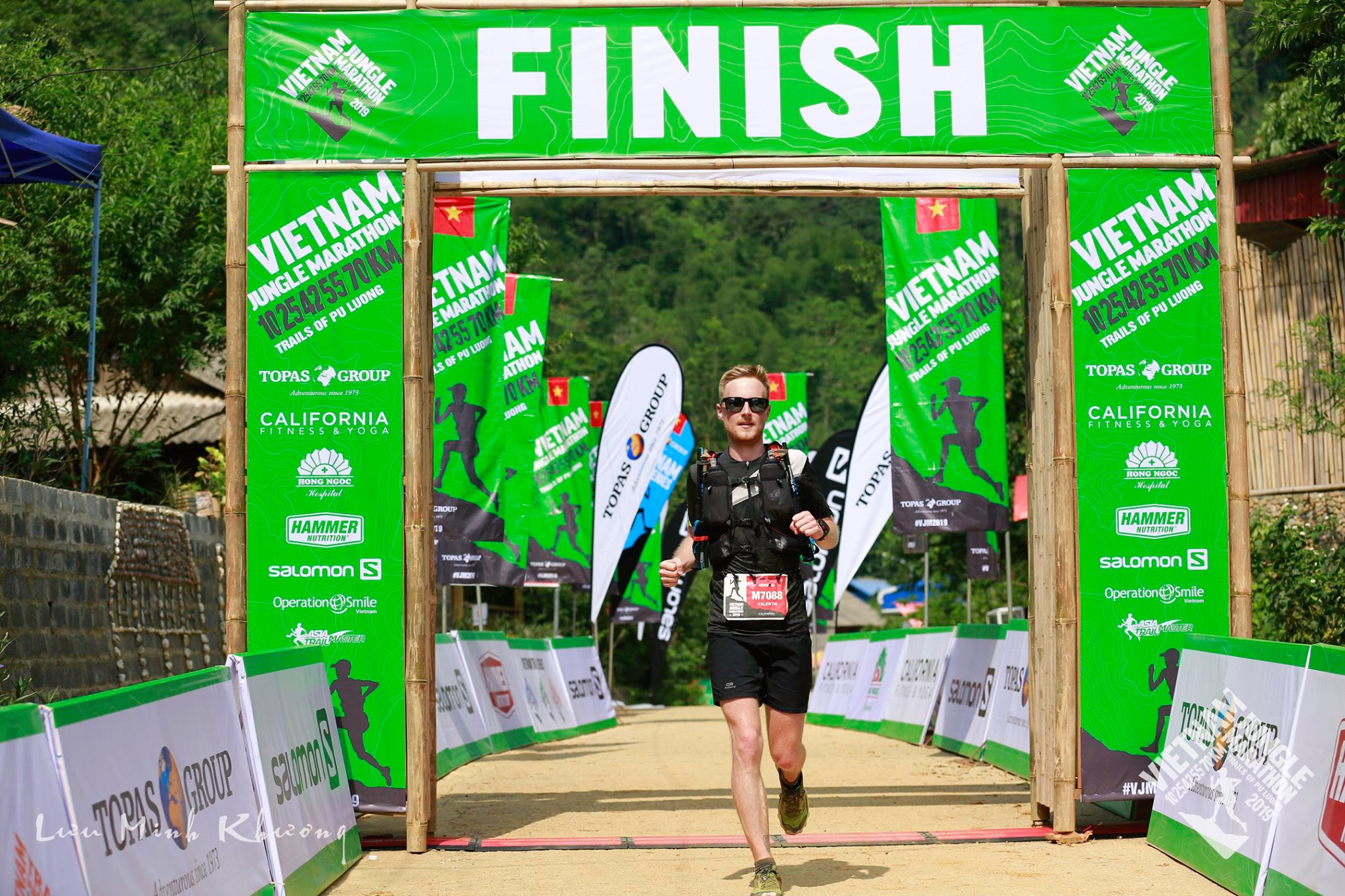 You won 42k at VMM last year, then 70k at VTM this year. What is your next goal?

He is also set to open DEN Healthy Eatery together with his girlfriend in Hanoi  by the end of May.