Q & A with Jasmin Paris – World Champ and Record Breaker 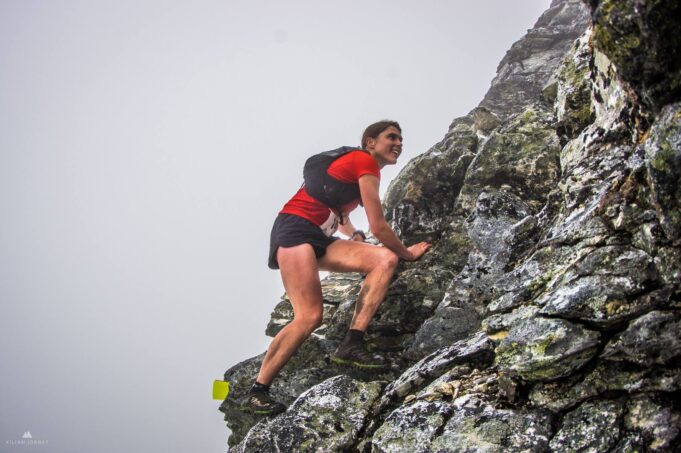 You came to fell / trail running only after university. What first drew you to the sport?

My parents took me hiking from a very early age, and so the hills and mountains were a big part of my life, even before I took up running. When I graduated as a vet, I was working in a small animal practice in the Peak District. A colleague suggested I try a local fell (off-road, normally mountainous) race, and I really enjoyed it, despite spending most of the descents falling over in the mud on account of my unsuitable shoes!

I joined a local club after that and realized very quickly that I loved the camaraderie of the sport, as well as the challenge of climbing and the exhilaration of fast descents. Fell running opened up new doors for me, it was a way to get into the hills on a daily basis in spite of a busy work life, and that made me very happy.

When you first transitioned from relatively short fell races to ultras, how did you modify your training?

I didn’t really do structured training until 2019, when I was preparing for the Montane Spine race (that’s when I started working with Damian Hall).

Prior to that I had no coach, and almost all of my training runs were what I would now call ‘easy runs’.

I suppose I did increase my training mileage as I moved towards ultra-races, but it is only in the last few years that I have followed a plan.

Most of my runs are still easy (80%), but I also do some focused speed work and hill sessions, as well as regular strength work. I’m currently running around 70 miles per week in training (I have one rest day in every 7).

I am also a big believer in mountain hiking trips (carrying a pack, and at altitude to get the maximum benefit) as a way of training for long mountain races, with less risk of injury and longer time on my feet. 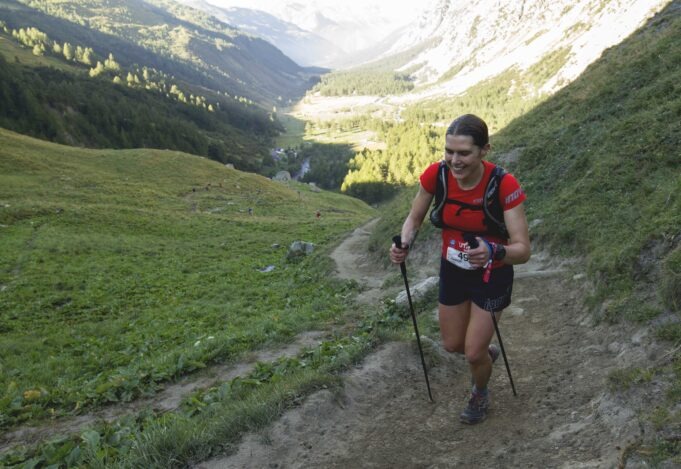 In the early ultras, did you make mistakes (strategy, planning, nutrition?) you’ve since rectified through experience?

Yes, I definitely made a lot of mistakes, and I still do! I think probably one of my biggest problems was being too enthusiastic – I increased the distances I was running too quickly in the first year, and as a result I kept getting injured.

On the plus side, I’ve always been quite good at eating, and I still believe that ultra-races are a bit like a non-stop picnic, as long as you can keep eating, and are looking after yourself in terms of warmth and fluids, you can keep moving.

You won the 268-mile 2019 Montane Spine Race overall, setting a new overall (men’s and women’s) course record at 83 hours, 12 minutes. As big an achievement as that is, it would not normally garner mainstream media attention in the UK, but the fact that you were expressing milk at aid stations meant you got significant press coverage. First, do you think expressing had an impact on your result?

I don’t think that expressing milk had a big impact overall. It took some time at the first checkpoint (maybe 5-10 minutes), but I caught up with my fellow racers quite quickly. After that, my milk supply dropped and expressing took less time with each successive checkpoint. 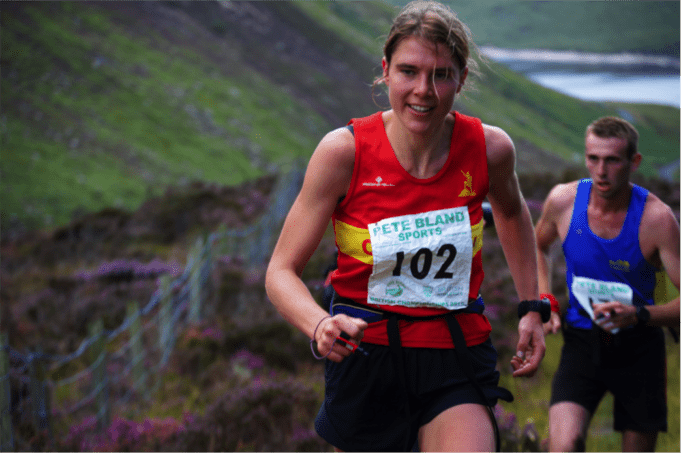 How did you get back into record beating, race winning form after that first pregnancy? What advice would you give to new mothers hoping to get back to the trails/road?

My daughter was nearly 14 months old when I ran the Montane Spine, and by then I’d been racing again for 9 months, including winning the British Championship series. It wasn’t until the Spine that I felt back on full form though. So, my advice to any new mothers coming back to running would be to not expect too much too soon.

It takes 9 months to grow a baby, and it is hard work being a new mum, the body needs time to recover. With patience and consistent training, it is possible to come back stronger than ever.

We understand you also kept training throughout your first pregnancy right up to near the birth and also did what you could to keep training in your second pregnancy, albeit with less ease. What has your training during pregnancy looked like? And what would you say to pregnant runners who want to continue, but feel societal pressure not to?

The medical advice is to continue exercising up to moderate level, if it is exercise that you were already doing, and is not a risk to the growing bump (for example no risk of impact injuries). So, my approach was to continue training, but to ‘listen to my body’. I stopped pushing myself hard and enjoyed running purely for fun. With my daughter I was able to run up to the day she was born, but with my son I struggled with pelvic pain as well as Braxton Hicks contractions (practice contractions for birth), so I had to adapt. I was able to do short hill reps without discomfort, so I did those until 36 weeks, and after that I switched to just swimming and walking for exercise. 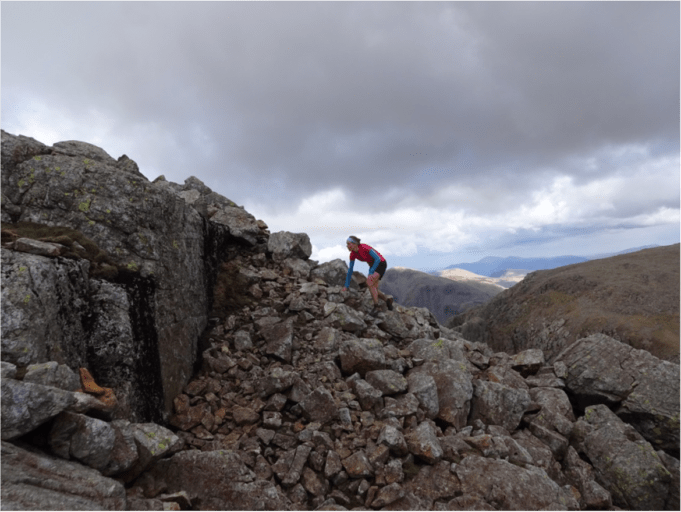 What do you think about the fact that in 2019 the fact you expressed milk was deemed novel/interesting enough to warrant media attention that is not normally given to ultra race winners? And how do you hope your achievement and the coverage of it can impact perceptions of and uptake of post-pregnancy running?

I am pleased that the coverage of my race stimulated such a lot of conversation about pregnancy and women in sport, as well as raising awareness and breaking down taboos about breastfeeding in general. I received a lot of messages from people after the race – men, women and children – telling me I had inspired them to take on new challenges of their own, which is a wonderful thing, and has inspired me in turn.

Something that puts your Spine Race win into perspective is when you were on TV the morning following the race and they asked you how much you beat the second place runner by, you said “he’s still running….”. Everything must have come together for you over those 83 hours, but one aspect we know served you well was your ability to keep going on very little sleep. Can you tell us about how much you slept and how you discovered you could sleep so little?

I’ve always managed quite well on little sleep; it was a great help to me during the weeks of night shifts during my specialist veterinary training! At the time I raced the Spine, my daughter was still waking up multiple times a night, so I was used to being sleep deprived and I think that helped me. In the race, I slept for around 3 hours in total… 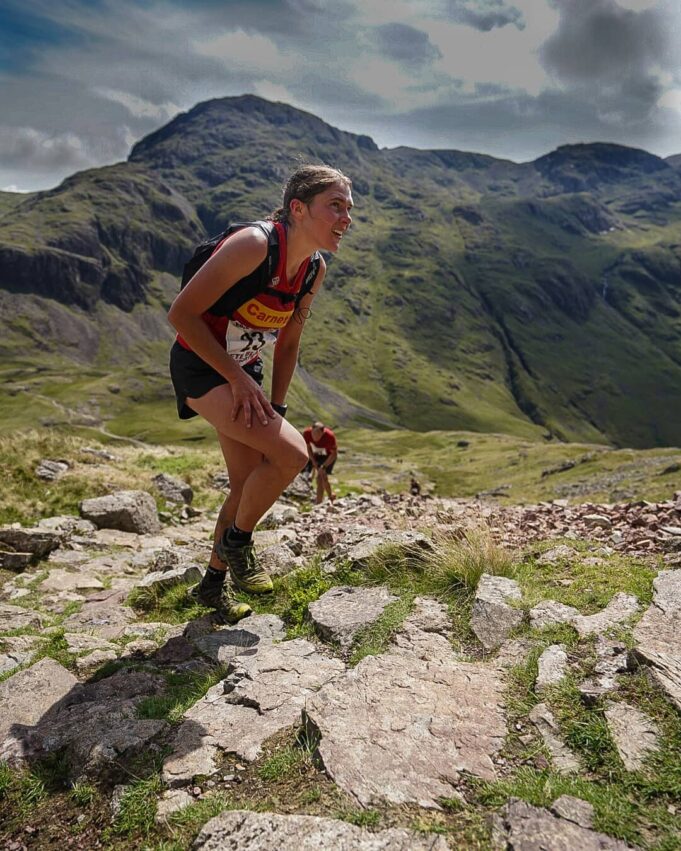 This year at Vietnam Mountain Marathon we will have the first 100 mile race in the nation. This means most runners will be doing this distance for the first time. Do you have any tips for people on preparing for the potential lack of sleep they will face?

I would advise just trying to be well rested coming into the race – that means in the weeks before being aware of stresses at work and home and tapering down training in good time. It is often difficult to relax the day before the race, so it’s not a good idea to rely solely on that night to catch up on sleep.

Of all your victories and achievements, which means the most to you and why?

I’m probably proudest of the Spine victory, as well as the record I set on the Ramsay Round in 2016. That is our ‘local’ Scottish long distance mountain running challenge, and at the time I set an overall record, for both men and women.

Lastly, who in running inspires you and why?

I’ve always been most inspired by the runners at the back of the field, especially on multi-day races. They are the ones that are out for longest (often twice as long as those at the front!), are always racing against cut-offs, get the least sleep and are last to the food points. I tell myself if they can push through the pain and get to the finish, so can I.