You are here: Vietnam Trail Series » VIETNAMESE VICTORIES IN THE MOUNTAINS OF SAPA

VIETNAMESE VICTORIES IN THE MOUNTAINS OF SAPA 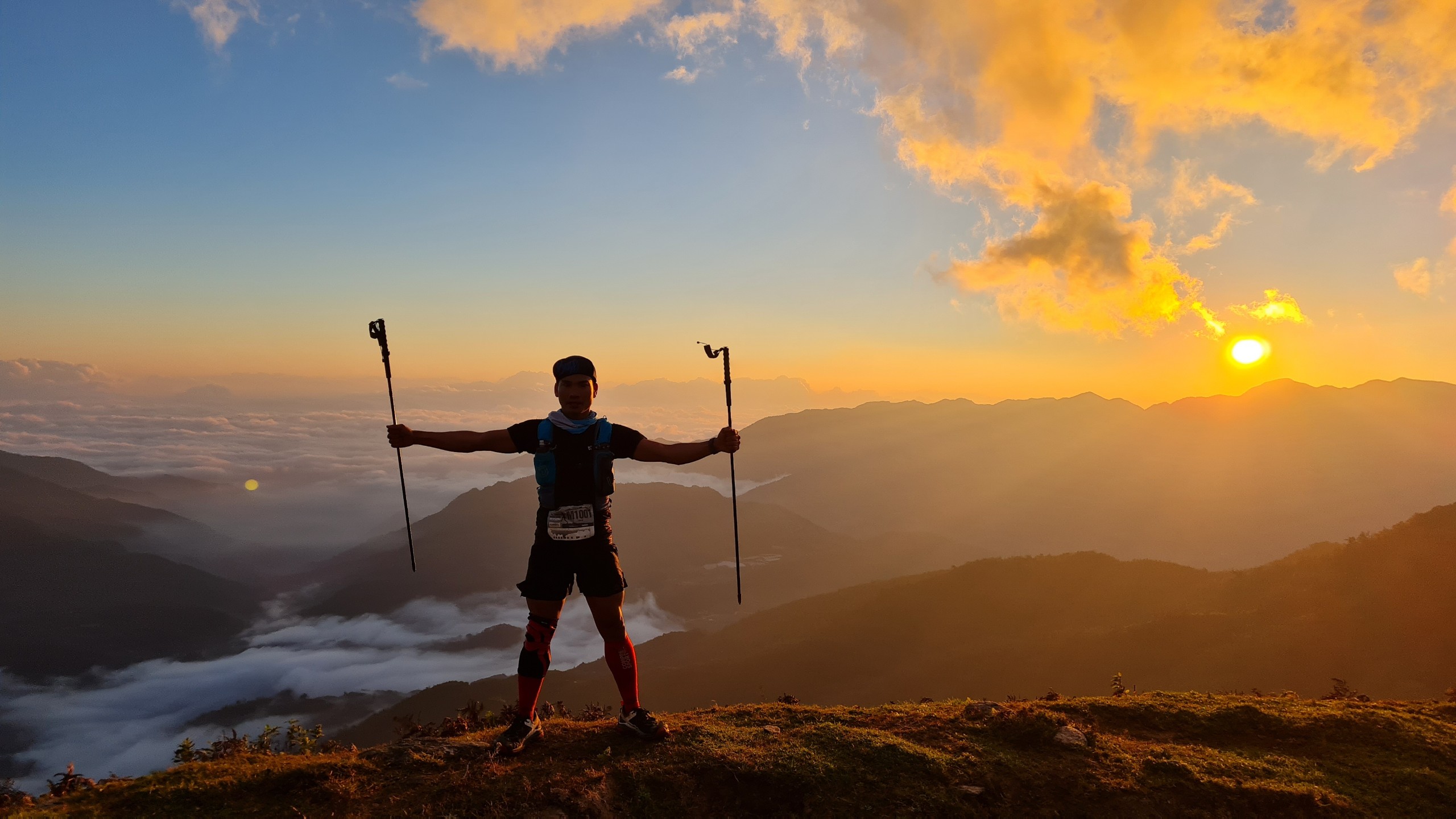 The 100km male battle saw an extremely competitive race between Vietnam and France going head to head on Vietnam’s most challenging race.

The winner was Quang Tran of Vietnam who broke the new 100k course record of Vietnam Mountain Marathon 100km with a total time of 13:01:11. Despite the fact that the VMM 100k new course since 2019 is considered to be more challenging than in 2017 but his 2020 result was also better than the previous one. 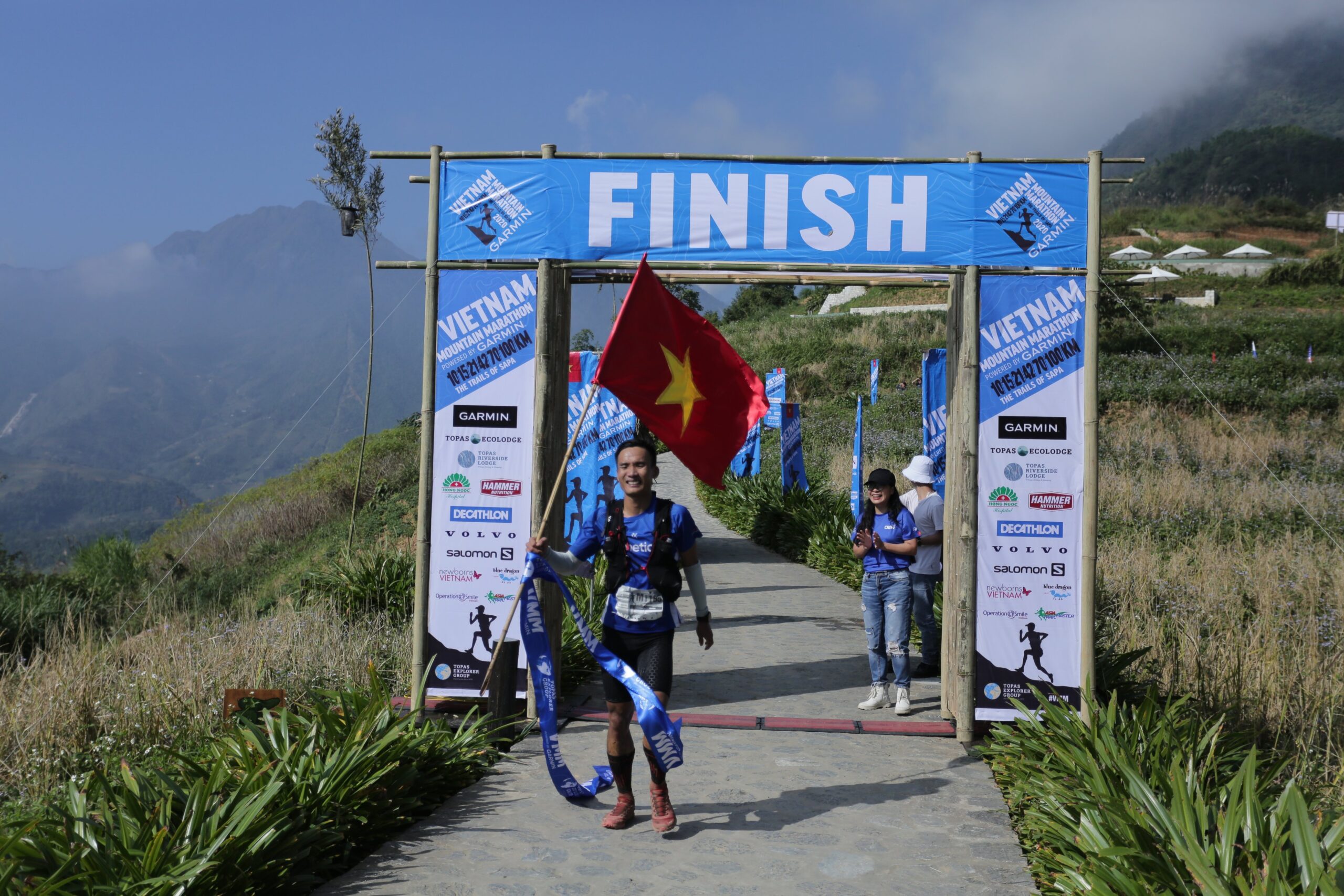 He beat two strong competitors from France Romain Berion and Gaetan Morizur who came to the finish line second together from CP3 with a total time of 13:04:54, just 3 minutes behind Quang. 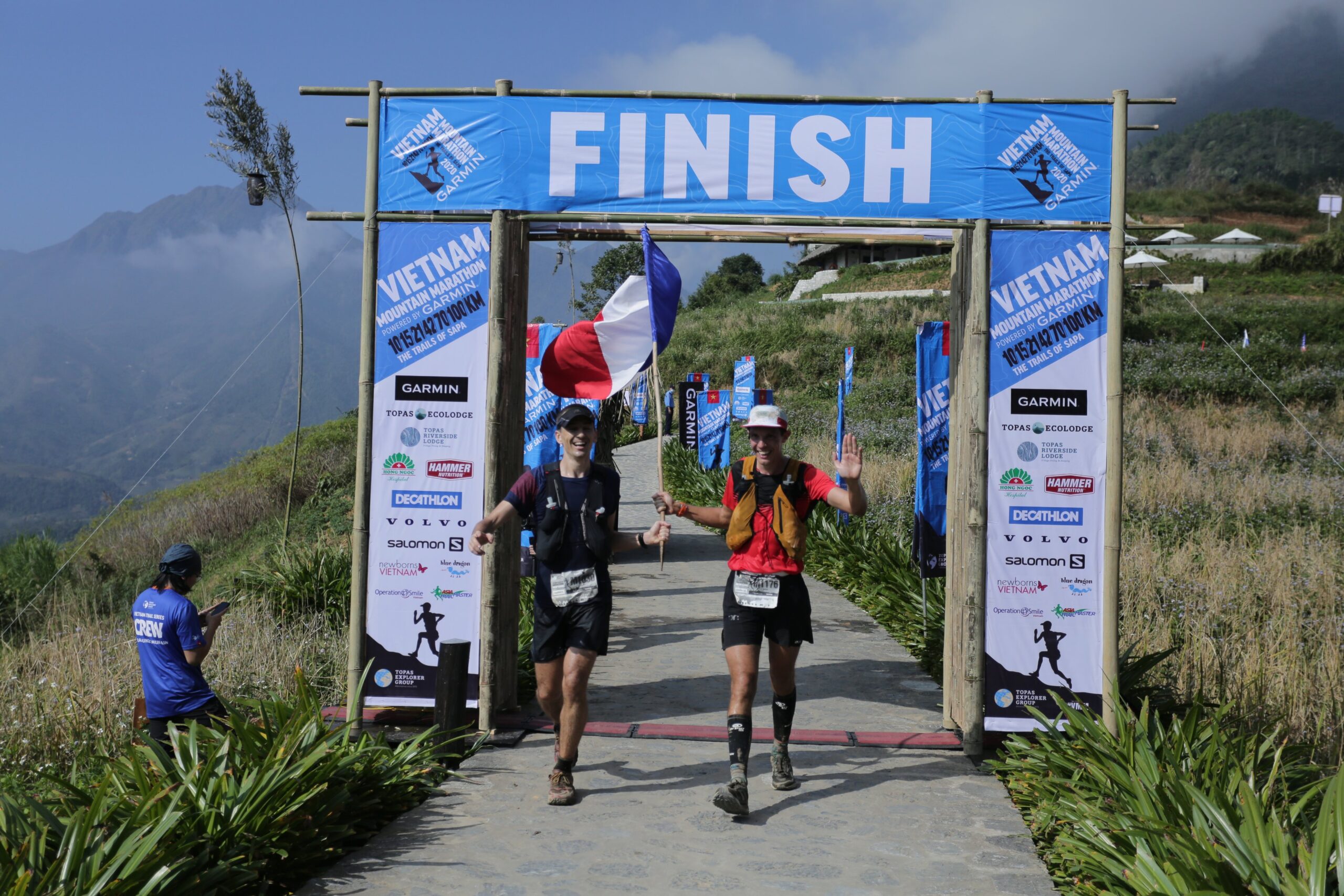 At the finish line, Gaetan said: “It was an amazing day with good race conditions. I am very happy to be here. Thank you the organizers and all the crews along the course for supporting us a lot.”

Standing beside Gaetan at the finish line, Romain added: “I hope everybody enjoy because I enjoyed it a lot. It was an amazing race, amazing day. I don’t know what to say other than thank you to the organizer. Vietnam Trail Series organizer is really great from Vietnam Jungle Marathon I joined in Octorber to Vietnam Mountain Marathon this weekend.”

The female 100km saw Nguyễn Thị Đường from Vietnam take first place in a total time of 17:20:35. She beat Nathalie Cochet (France) who was VMM Champ 100km in 2016.  Nathalie was ahead of Đường until checkpoint 4 but then Đường turned the table and beat Nathalie into second place, 16 minutes ahead of Nathalie. She also set a personal record on the VMM 100km course in 2020 with 3 hours faster than in 2017. 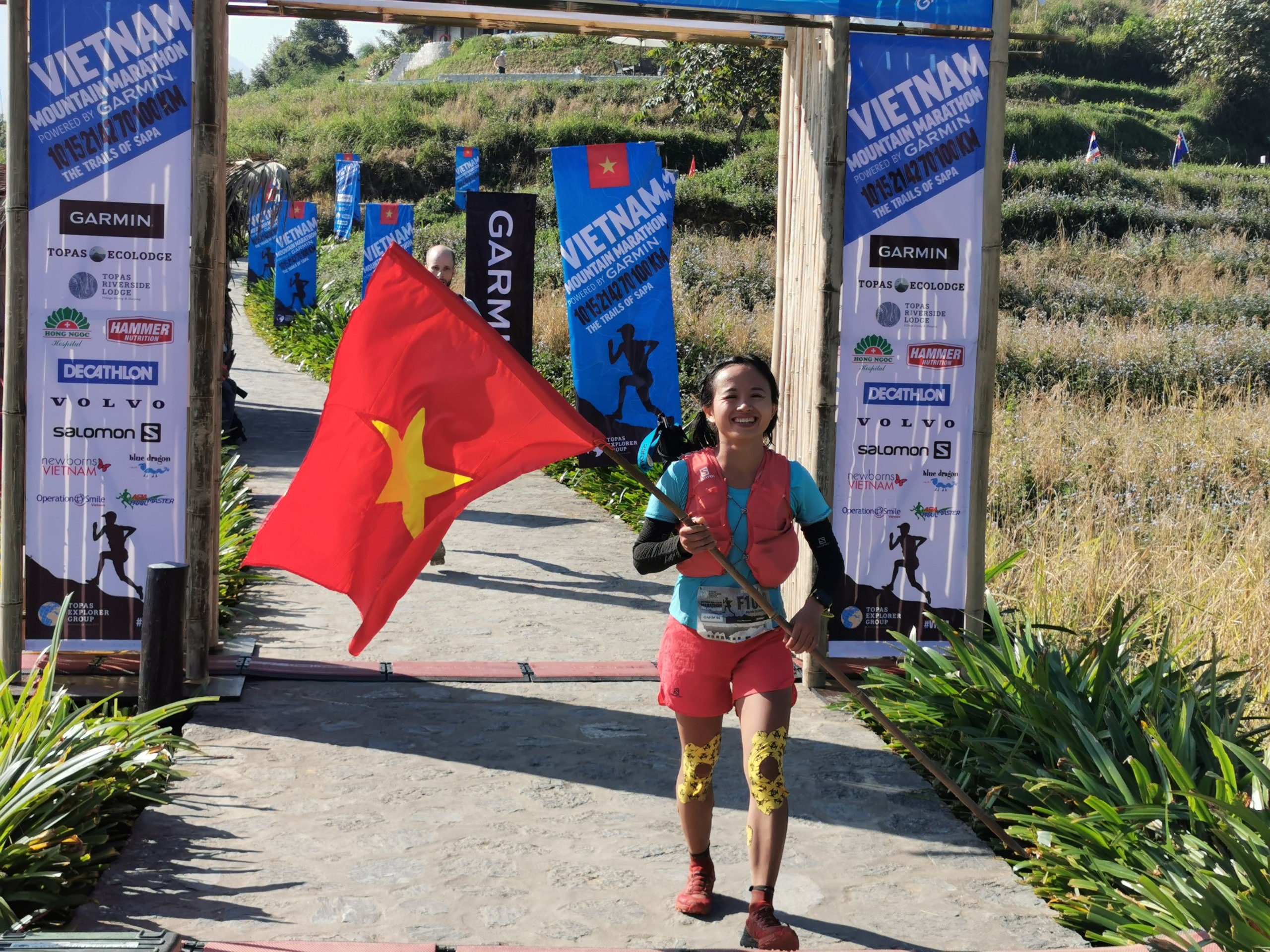 At the finish line, she said: “The cool weather helped me a lot when running uphill. I did not sweat at all. The race this year brought a interesting experience because this is the first time we ran VMM in such cold weather.”

Also in women’s ultra field, Nguyễn Thùy Dung (Vietnam) came the first in 70k in the total time of 11:03:28. She beat Constance Louasse of France into second place and Vũ Lan Hương of Vietnam into third place. 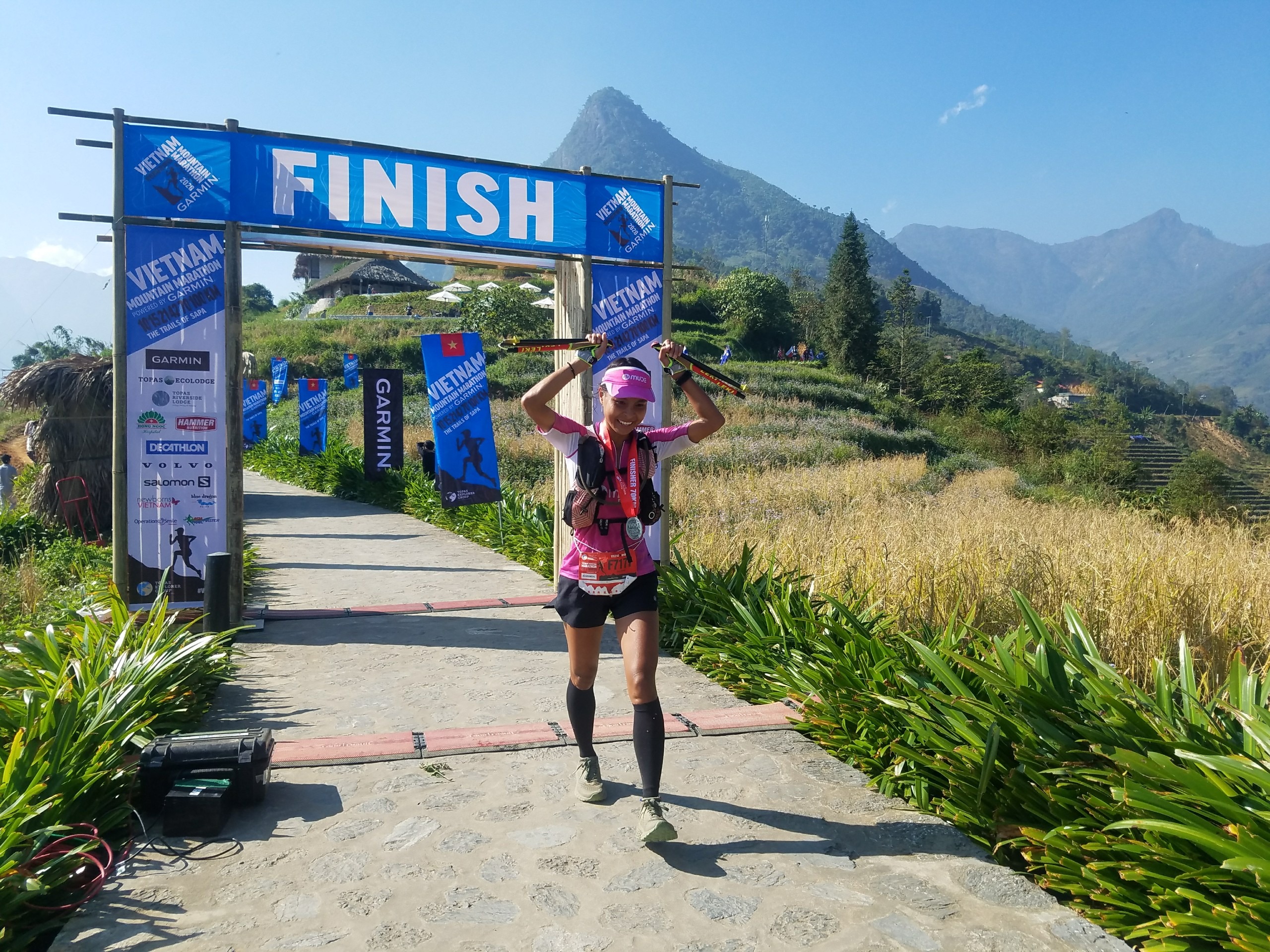 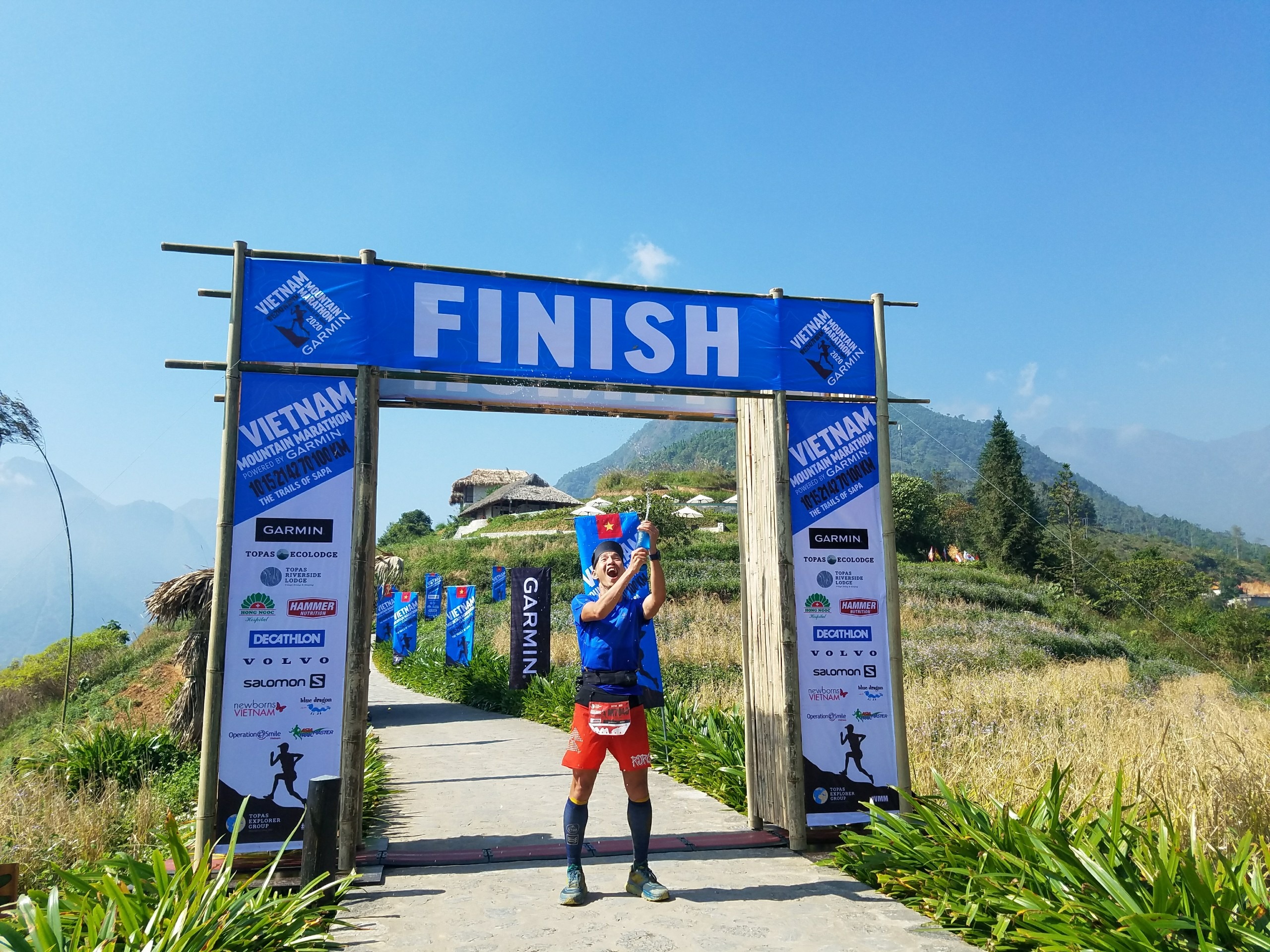 On the 42km start line this year were singer Duc Tuan, Operation Smile’s Ambassador, who is famous in Vietnam’s running community not only for his voice, but also his running talent. He finished his marathon at 26th position in a total time of 07:52:26. 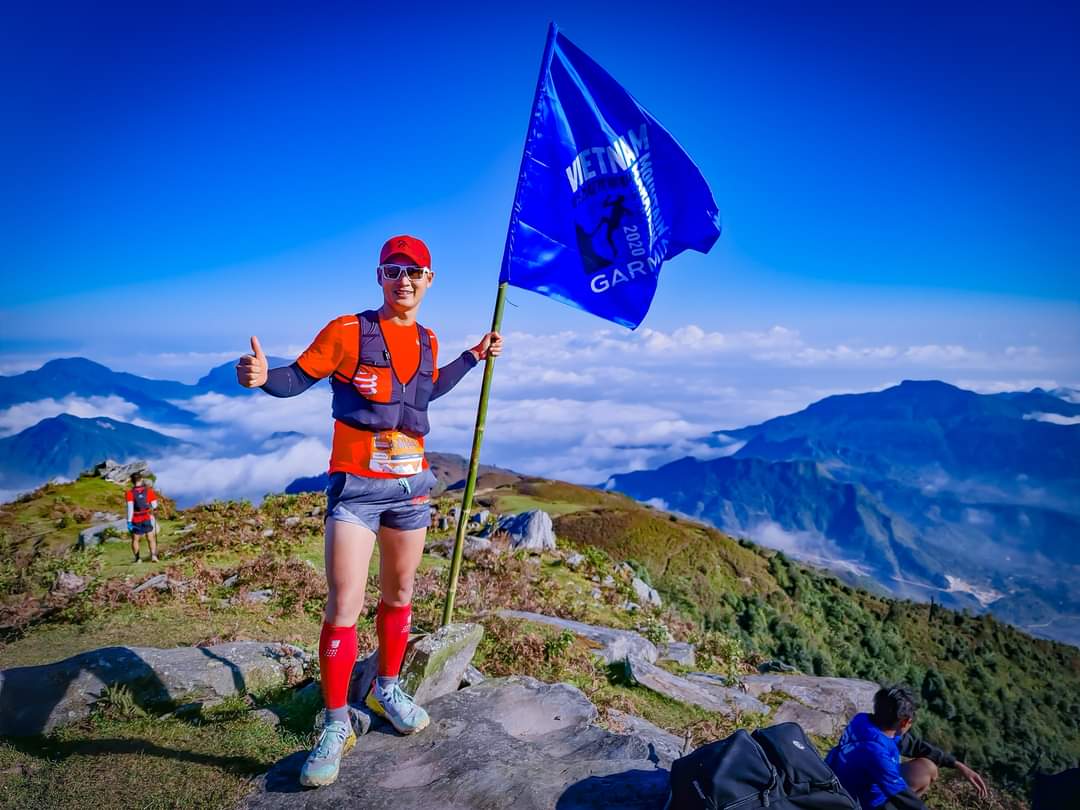 Singer Đức Tuấn on the highest peak of VMM

A new name to Vietnam’s running community at VMM this year is Trần Đặng Đăng Khoa who is famed for travelling the world on his motorbike. He also ran for Operation Smile Vietnam.

Also in the 42km is Trang Hạ, the ‘running writer’ who has finished the Boston Marathon and become a very well known face on the domestic running scene.