The Blue Dragon Children’s Foundation set up its run club in July and has quickly grown under the direction of Vi, the charity’s Step Ahead Leader, with the kids recently conquering their first big challenge – Vietnam Mountain Marathon 2020 powered by Garmin.

Words By Chi at Blue Dragon

Blue Dragon’s Running Club started in July with the offer for Blue Dragon kids and staff to join VMM 2020 powered by Garmin.  When the kids heard about it, many were excited and quickly registered to train and participate VMM. It was their very first time for them to try longer distance running and certainly their first time to try mountain running. Before, a few of them ran 3km or 5km occasionally for exercise, but nothing serious like this.

From then on, every Sunday morning at 5:30am, the kids and staff began to meet up and run. They learnt from each other how to warm up and then ran together. At the beginning, the kids wore sandals, some of them wore football shoes, or just normal shoes. However, they didn’t want to miss out on this opportunity to join the marathon with their friends as the Blue Dragon team.

Topas linked Blue Dragon with Decathlon who provided us with some gear for VMM.

(Note: if you are reading this and interested in supporting the club, you can contact us at Topas and we can help put you in contact – editor.) 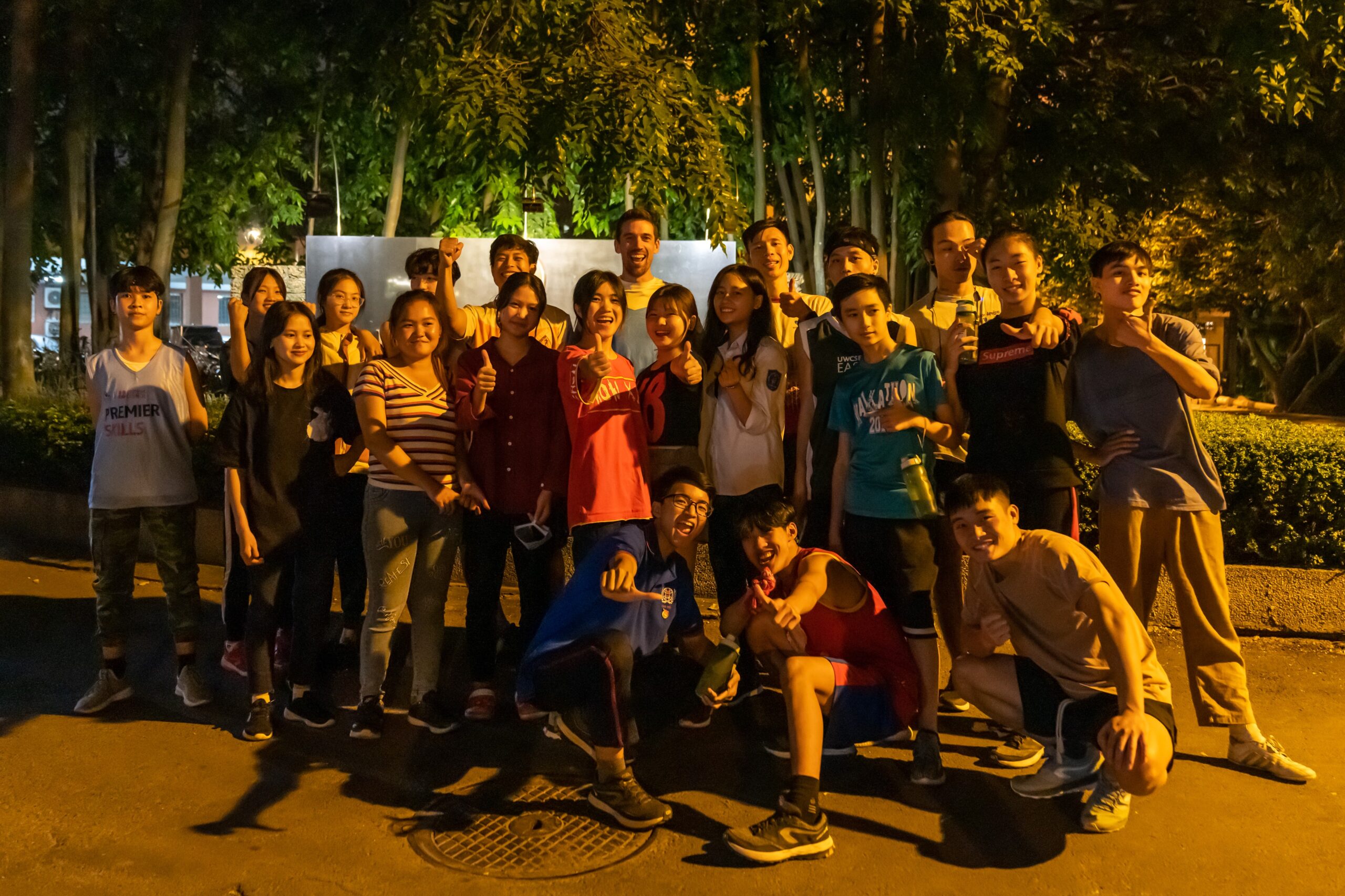 “Before coming to us at Blue Dragon, most of the kids were living on the street or come from really difficult backgrounds. They experienced slavery and abuse and now they are working hard for a better life,” explained Vi, run club coordinator and Step Ahead Leader.

He added: “This VMM  was not only a way for them to forget their past and their problems a bit, but for them to build a strong body and mind, resilience and prepare them for challenges in the future so they could achieve great things like any other can.”

“It is unusual to see Blue Dragon kids waking up at 5am, but they did it every Sunday for the practice. The kids are so committed.”

“Topas arranged to provide some coaching from one of their top runners, Quang Nguyễn, who has placed 3rd at the VMM 100k. Later Race Director, David Lloyd, also came to support us at training sessions. They gave the kids and staff tips and more information about the race as it was not only the first time the kids joined a marathon, but also the first time they had to run in the mountains.” These sessions  with Quang and Topas are now set to continue.

To have more diverse exercises and practice for the marathon, the kids sometimes ran up and downstairs of our center in Hanoi and ran along the riverbank of Red river.

After the training, the kids were ready for their big trip to the mountains.

“The trip to Sapa with VMM was the most memorable trip for the kids, they never ever experienced anything like this in their life.  One of the kids was in the top 20 for 21km. All of the kids finished the race with the medal and felt satisfied with their performance. They are so proud of themselves and we see the kids after the trip are a lot more confident and happier. Their lifestyle is much healthier and they want to continue running as a hobby and interest.”, Vị said.

Following VMM, more Blue Dragon kids have become interested and want to join the running club. They love challenges and overcoming difficulties. The new kids aim for a 10 or 15km run. Some kids who ran 10km at VMM aim to finish 21km at Vietnam Trail Marathon 2021. We expect to have 20 Blue Dragon kids to join VTM2021.

“Since I joined the running team I can see a big difference in myself. I have more resilience and strength. I learned that if I don’t give up when facing difficulties, I can overcome them. I noticed that my relationship with other kids gets better when we work as a team and we protect and support each other in the VMM.”, Nam, a Blue Dragon kid, said.

If you would like to help support The Blue Dragon Running Club you can get in touch with us directly via info@vietnammountainmarathon.com. Funds for equipment such as shoes .