You are here: Vietnam Trail Series » Q&A with Mads Louring

From Denmark, Mads currently calls Singapore home. He describes VMM as the ‘best race he’s done in Asia’ – read on to learn more about his training, racing and more. 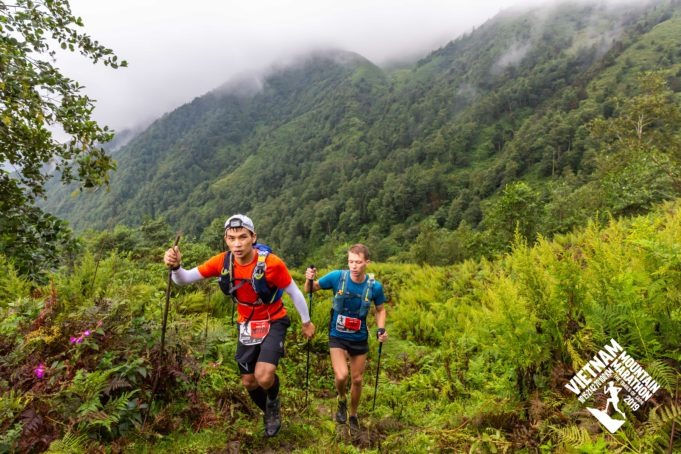 Congratulations on your win at VMM2019. What did you think of the course?

The course was great and really enjoyable, yet very tough! It had a lot of nice runnable sections combined with some steep climbs and technical downhills which all made for great variation. The views and scenery were amazing. It was the best course I have run in South East Asia!

What’s your favourite part of VMM?

It is hard to pick one part! The way everything was organised was superb, the volunteers and marshals were amazing and the course was stunning. If I have to pick one I would say my favourite part was probably the atmosphere in the town and the buzz around the race with so many people from so many different countries.

Did you have a low/hard moment on course? How did you overcome it?

I was surprised, but I did not really have any real low moments. I kept feeling stronger and better as the race progressed.

What do you think made you feel stronger during the race?

I think a big part of it was definitely that I managed to stick to my nutrition strategy and that my stomach took everything really well. Also the weather on the day was great with cool temperatures. And then it was just one of those awesome days where the legs never seemed to get tired.

Did you have a strategy for race day? If so, did you execute it as planned?

As I did not have the elevation profile between each CP available, it was hard to really plan my splits between them, so my plan was just to go out and try and take the lead from the beginning and see how far that would take me. I was closely followed by Nhơn Đỗ Trọng who caught up to me at CP2 and we ended up running together till CP5. That worked well as we were able to push and help each other at the same time. At the end I had more energy and managed to pull away just after CP5 with about 18k left. It just felt really comfortable most of the day!

How about your nutrition strategy?

I executed my nutrition strategy perfectly by consuming a 100kcal gel every 30 minutes together with a bottle of hydration mix every hour. It all went down really well and it had a big impact on why I kept feeling strong throughout the entire race.

What first inspired you to get into running? And did you run trails from the beginning?

I was going through a personally tough time in 2018. I was looking for something to turn my life around and eventually found that I really enjoyed running and that it could work as a sort of medicine for me. I was running mostly on roads, but after taking a trip to New Zealand with a friend in November last year, I fell in love with being on trails in the mountains and hills. I was not putting in a lot of miles in the beginning though and I only really started training more in January this year.

Why do you love ultra mountain running?

I love the solitude and being in the nature where it’s quiet. It’s a form of medicine for me and it takes my mind off things. I don’t think I could go for many days without running. And I also love the social aspect of running a race with so many great people coming together and making new friends.

You are now based in Singapore. How is the training for trails and hills in there? And how about the group running scene?

The training for trails and hills is far from great. It’s actually pretty bad. We only have a few reservoirs with some not very technical trails, so you end up running the same segments over and over again, which can sometimes be a mental challenge. Getting much vertical gain during the training is another challenge as the island is so flat. The only hill we really have is a 1km road leading 90m up a hill, so I end doing a lot of repeats on that.

What general advice would you give to someone doing their first ultra distance race?