You are here: Vietnam Trail Series » Q & A with Champion, Quang Tran

Q & A with Champion, Quang Tran

Quang Tran is Vietnam’s best known male ultra runner. He has been VMM 100k champ, VTM 70k champ, a top 10% finisher at UTMB and a finisher of the notoriously tough road event, the 246,8k Spartathlon. Here he reflects on his rise, tells us more about his training and looks ahead to future goals.

We last interviewed you back in 2016. At that time you were 4th place VMM 100k finisher. What key factors do you think led to you going from 4th place in 2016 to becoming a champion of multiple ultra events?

After finishing VMM 100k in 2016, I fully believed that I could do better. Since then I have constantly planned my own running challenges and trained seriously step by step to complete them. 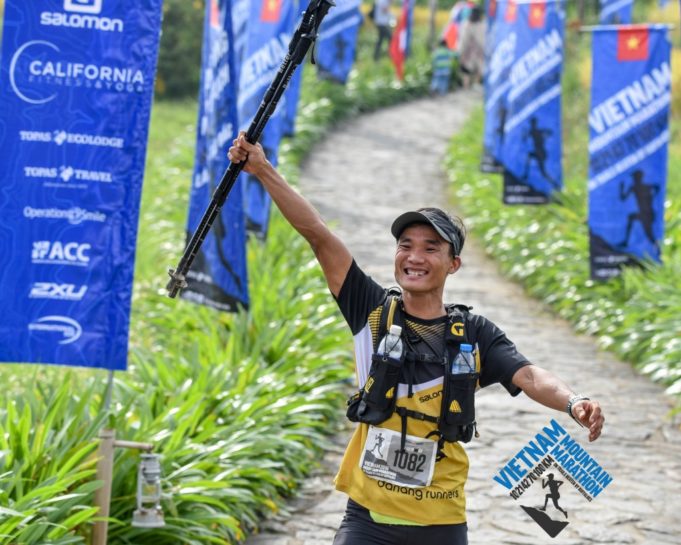 Also in that 2016 interview we spoke to you about your solo 160km challenge for which you ran 100 laps of 1.6km for Newborns Vietnam. Since then you have completed Vietnam’s only foot Everesting. Which of the two was harder and why?

Every challenge has its own difficulty and pleasure. To be honest, with my current ability, Everesting was more challenging than 160k of flat running. However, back in 2016 when I did not have much ultra running experience, running 160k continuously with 100 laps on the hard road had a big impact on my legs. During the last 20k even walking was a big challenge. Thanks to the meaning of the run – to raise funds for Newborns Vietnam – and thanks to the support of my friends in the Da Nang Runners Group, plus a bit of luck, finally I completed the challenge.

Of everything you have done, what do you class as your biggest running achievement?.

What has made me feel the most proud is completing the Sparathlon 246k last year which helps to bring Vietnam closer to the ultra running community around the world.

You left Da Nang for Ho Chi Minh City and therefore left your mountain training ground of Son Tra behind. This has not had a negative effect on your results however. How do you train for the hills in the flatland of HCMC and what advice would you give to others living in a flat area?

I often spend my weekend training on hill terrain near HCMC, such as Dinh mountain in Ba Ria (1,5 hours by car) or Da Lat (1 hour flight).

On flatlands where there are no hills or mountains, running on a treadmill with a gradient is also helpful. I often go to the gym twice a week to run on the treadmill with 10-16% gradient and do some additional exercises.

We know VMM is important to you – can you share what the race means to you personally? And do you have any specific strong memory from your runs there?

VMM brings me a lot of memories. This was my first running race – 42k in 2015. It was  also my first ultra race – 100k in 2016. It was then my first ultra running victory – 100k in 2017, of which I am very proud because this was also the start for multiple victories of Vietnamese runners in ultra distances subsequently. 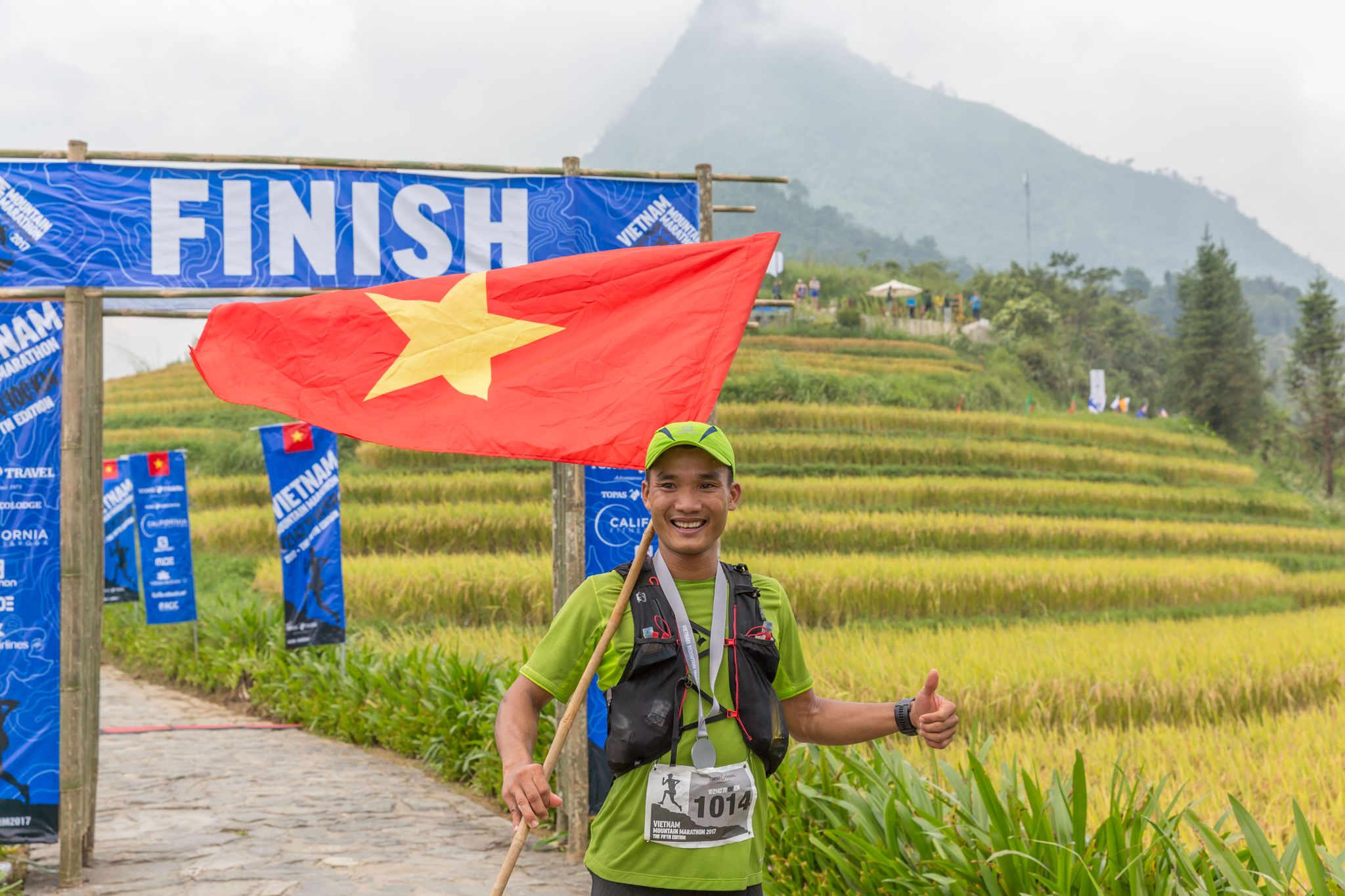 What is a typical week of training for you now looking toward VMM 100k 2020?

I run 120-140k on average per week, including two weekend days of 50-60k trail running with 2500m elevation gain. On the second day of the week I either rest, or do an easy run for my body to recover.

The photo we shared of your Garmin at VTM showing your average pace (6.15/km) during the race drew lots of comments from runners amazed by the average speed. How do you use the Garmin in the race? And how do you use it in training?

I am now using Garmin Forerunner 945 which has many useful features that I highly recommend.

The first and most useful feature to me is Training Status. It helps to analyse how your daily training affects your performance and then evaluate the effectiveness of these training activities. 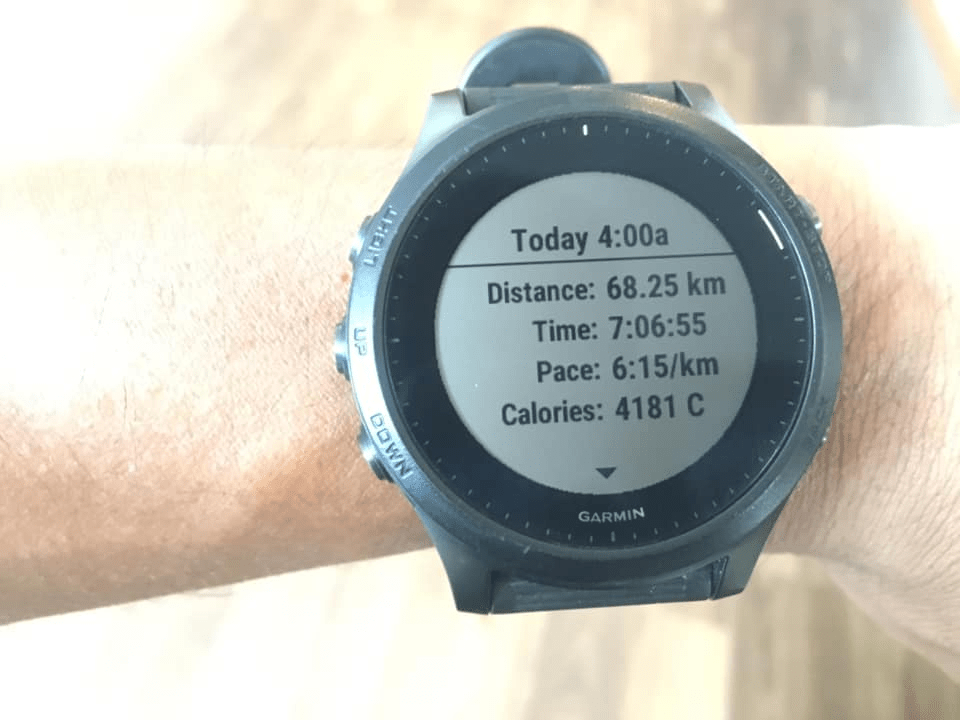 The third one is Training Load which measures your training volume over the last seven days to evaluate whether the training intensity fits your ability, then give advice to improve your next training activities.

Besides, I always wear Garmin, even when sleeping to track my heart rate. I’m very concerned about my resting heart rest (RHR) because it tells me exactly whether my body is healthy or tired because of my intense training.

If my RHR increases in two or three continuous days, this is a sign to tell me that I have to decrease my training volume and intensity to avoid being overloaded.

What is your goal at VMM this year? Do you feel more pressure going to VMM as the champ and who do you see as your biggest rivals given that this year nobody is coming from overseas to challenge you?

My goal is to finish VMM in 12h-12h30, breaking my record in 2017 (13h17). After 3 years, I am very excited to run VMM again. I am very glad to witness the development of the trail running movement in Vietnam  – many elite runners have appeared in recent years. I am very impressed by Nguyễn Tiến Hùng (Hùng Hải) who won VMM 100k in two consecutive years and my compatriot runner Đỗ Trọng Nhơn who has a lot of potential.

What will be your nutrition strategy for VMM 2020? Has this changed much since you started ultra running and if so, what have you learned to improve your strategy?

My nutrition strategy has changed a lot – not only for racing, but in daily life. Since I began working in gene analytics at Genetica and learning my body is good at absorbing protein and fat, I have bought products containing much protein and fat, together with nutrition powder and gels made from carbs.

You have joined all three Vietnam Trail Series races – do you have a favourite and why?

I very much like all three VTS races because they are all organized in the most beautiful places at the right seasons. But emotionally, I like VMM the most because I have great memories and my favourite distance (100k) here. 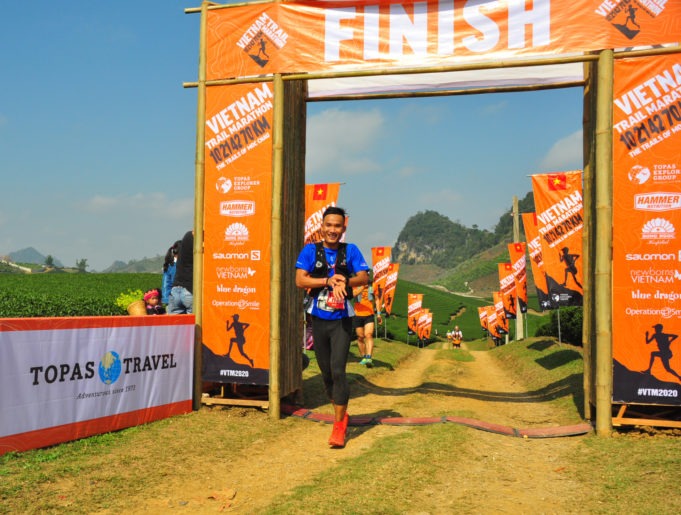 What advice would you give to first time ultra runners?

The most important things are training to be ready for challenges, listen to your body and don’t push yourself too much especially in the first half of the race. Seeing every ultra trail race as your own race. 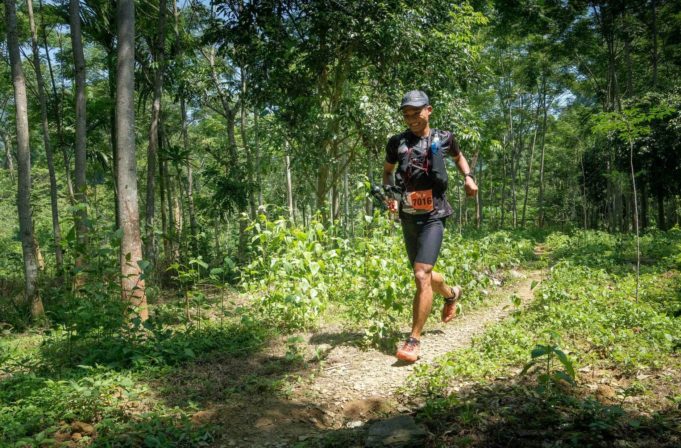 Do you have a trail running hero or inspiration?

I have many heroes who inspire me at different stages. Before, I was very impressed by the achievement of Killian Jornet who set great ultra trail records which other runners can’t break.

I also admire a friend of mine in Danang who has extraordinary will and determination. After an accident, his legs were paralyzed; he had to train to  walk like a child walking his very first steps. However, with his determination and great love for running, now he can run a marathon, though his running level cannot be normal as before. Very inspiring!

Lastly, what would you say to someone who says ‘I can’t run?’


Given a functioning body, anyone can run – running is the simplest activity and an instinct of human beings.

Read our 2016 interview with Quang here