You are here: Vietnam Trail Series » Group Everesting in Vietnam

Last weekend a group of ultra-trail runners in Hanoi completed the Everesting challenge, which requires participants to do multiple repeat climbs of the same hill until they reach  8,848m elevation – the height of Mount Everest. 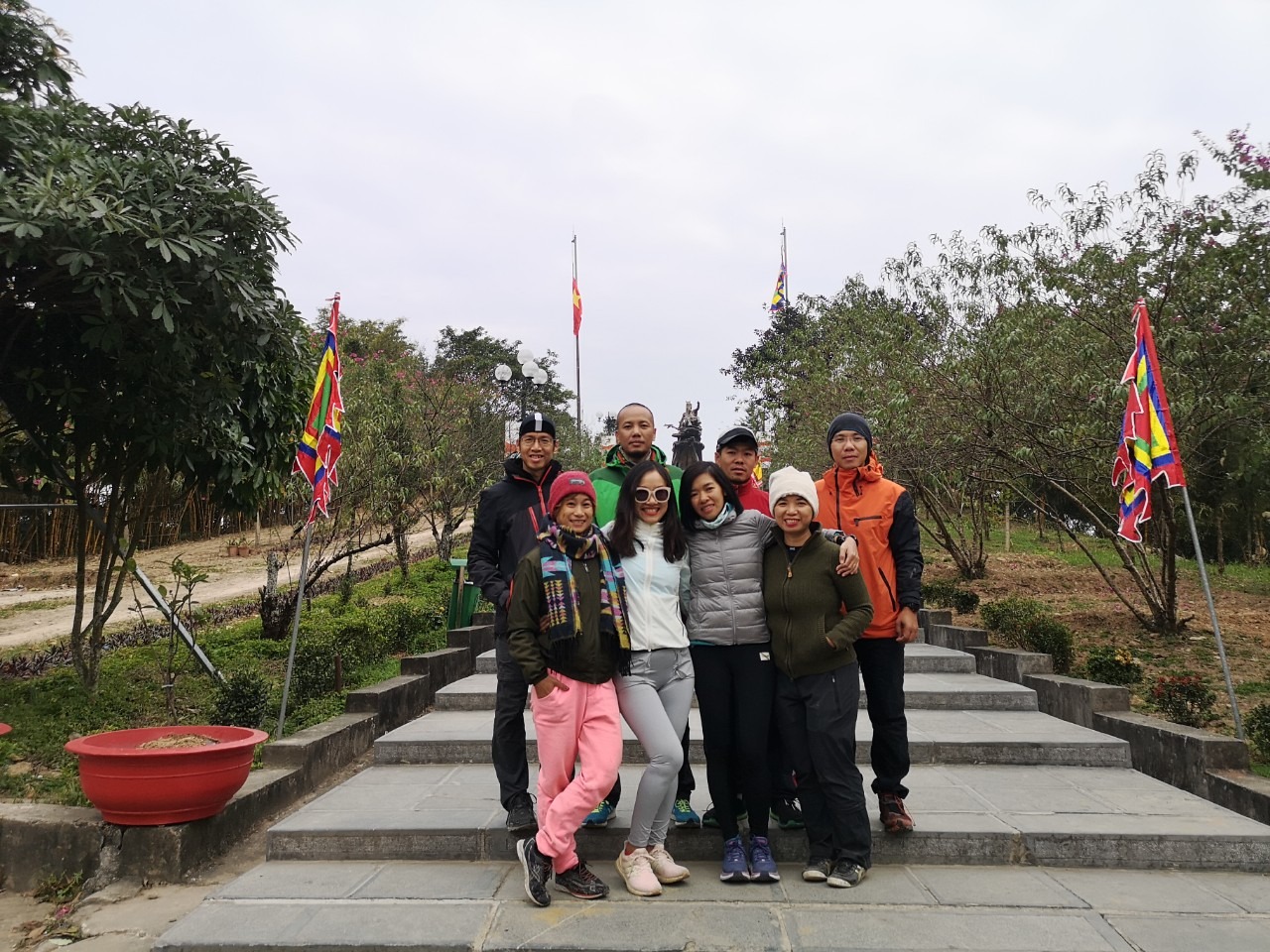 Based on Everesting Hall of Fame website, in Vietnam only Quang Tran had previously completed an Everesting. He did it by climbing 10 reps of Black Virgin Mountain (nui Ba Den). This was particularly hard as he had to run the technical descents as well as climb.

The Everesting idea this time was first conceived in somewhere July/August by Trang Tran (a two time VMM100 finisher who placed fourth on the Vietnam Trail Series Ultra leaderboard this year  and who attempted UTMB in 2019) and Quang Nguyen (multiple race podiums). However, the date was postponed a few times due to races and finally last weekend we all chose to participate in this event together to challenge ourselves.

The venue was Giong, which is a 250m hill with a 2.5km tarmac road leading up to the peak. It was chosen due to the ease of logistics. It’s a popular place for cyclists, but not so for trail runners due to the road surface. 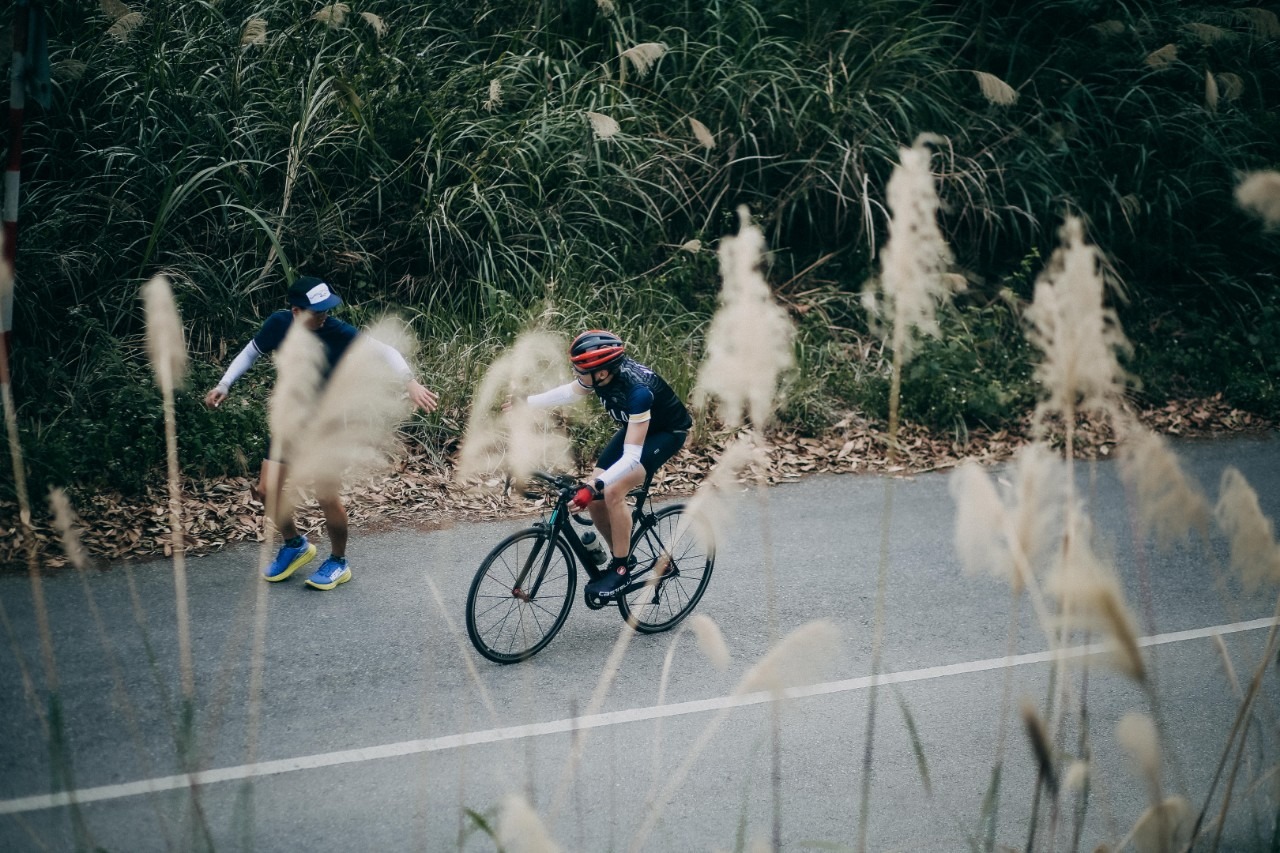 The weather was probably the toughest element. It was windy and cold. The temperature dropped as low as 8-9 Celcius degrees on top at night based on our thermometers. It was a big struggle to restart after every time we sat down by the fire or got out of the car at the bottom. 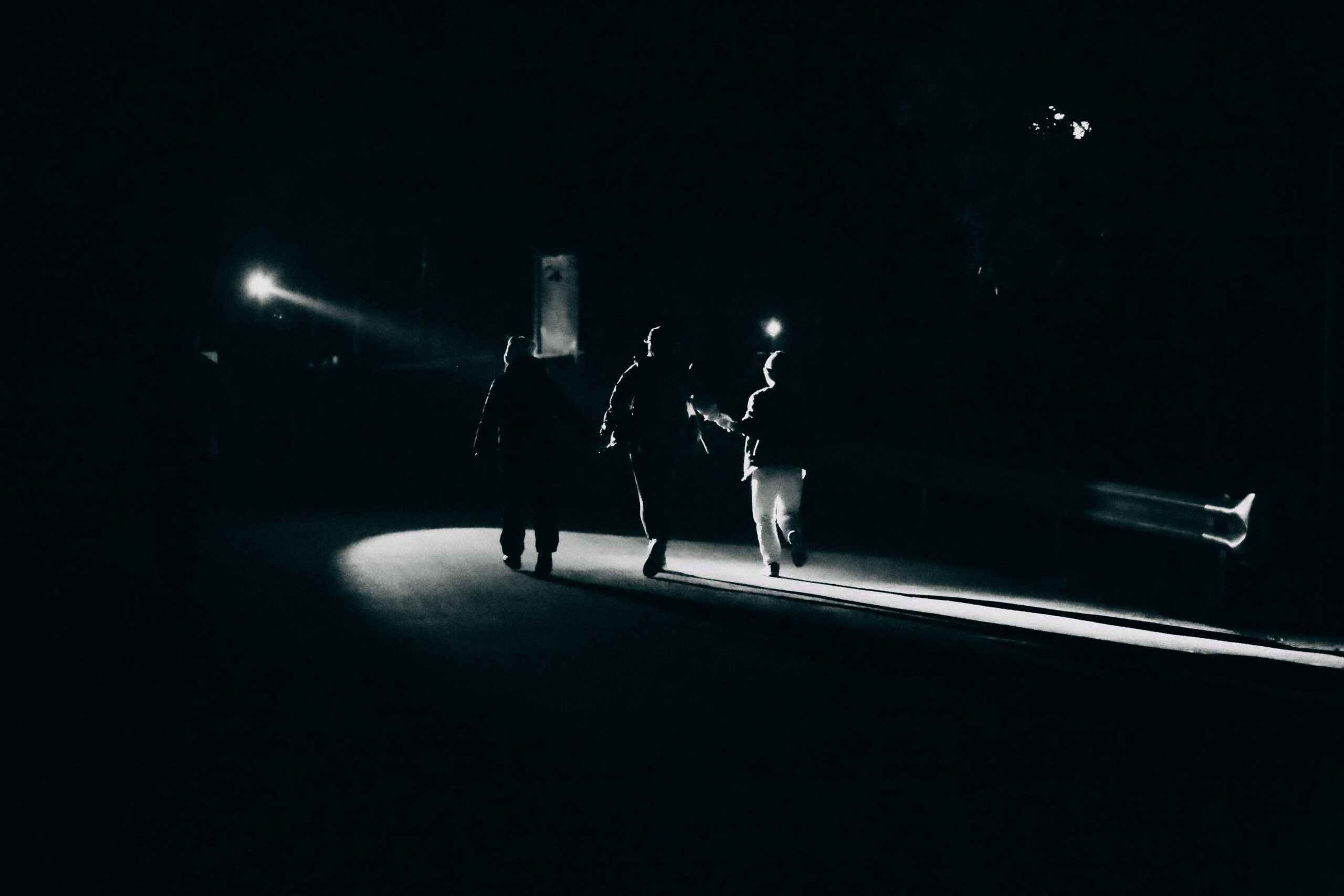 The group ran in darkness under the windy and cold weather of Hanoi, 8-9 Celcius degrees (Photo: Cuong map)

The original plan was for eight participants to attempt, including Hung Hai (double VMM 100k Champ) and Quang Nguyen. However, on the day itself, only four started. Hung Hai was injured in the VMM 100k in November and Quang was ruled out by an infection. 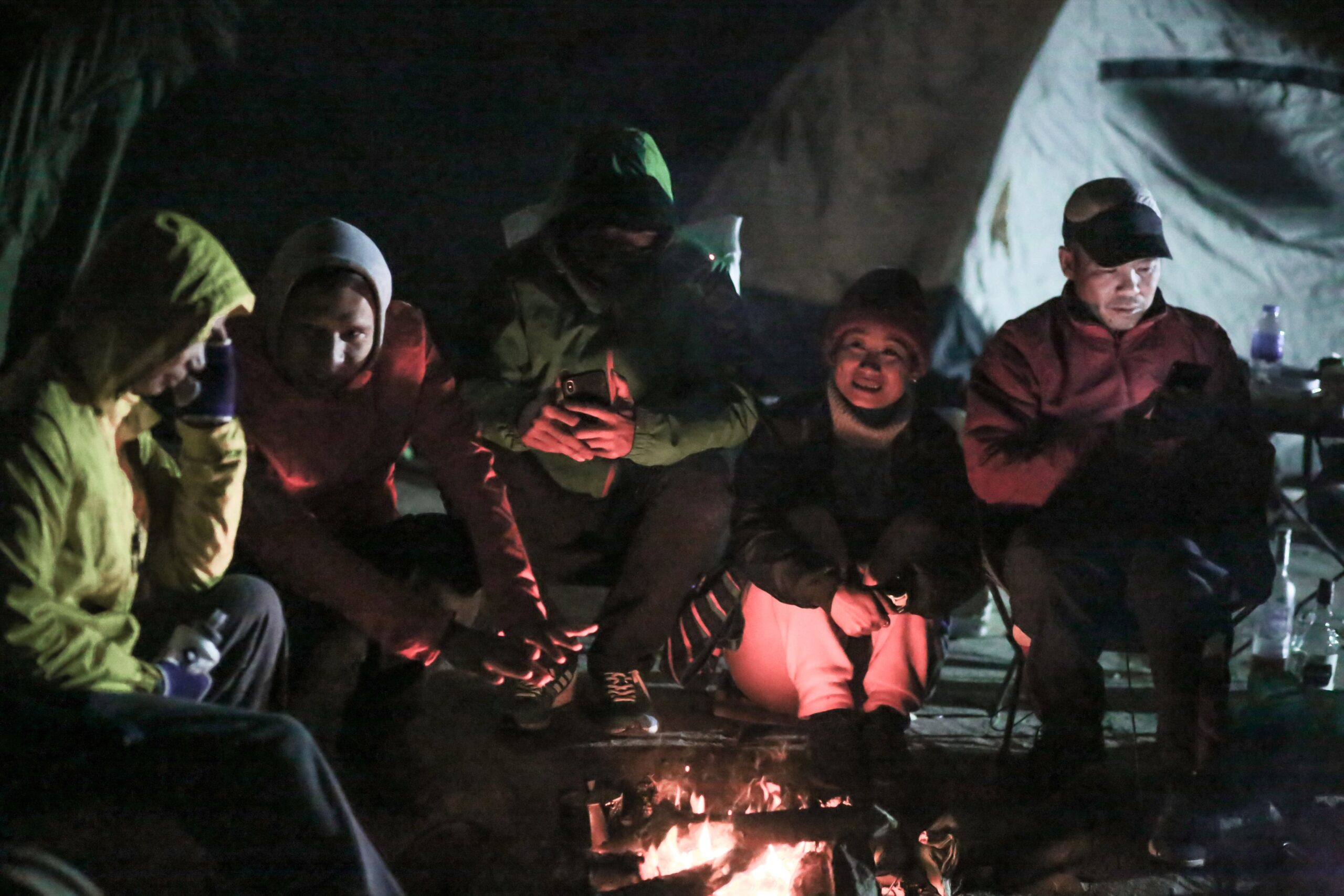 Hung Hai and Quang Nguyen came to support the event

The four were: Bui Huy Hoang (who has done 100 miles on road), Trang Tran, Pham Phuong (photographer, hiker, adventurer, trail runner), and myself. 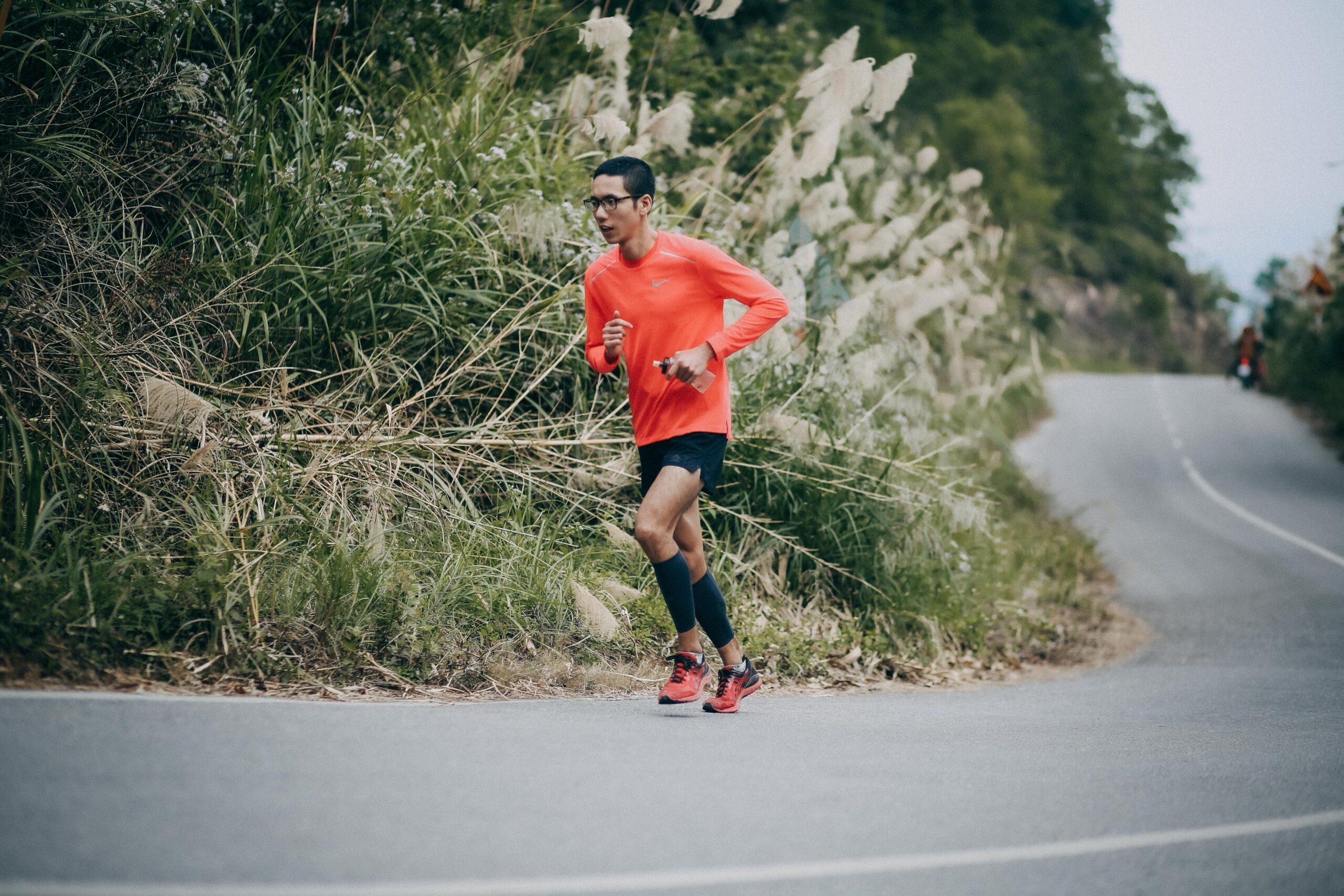 Bui Huy Hoang on the road, one of the four started the challenge

Hoang and I chose to be driven down from the start, while Trang and Phuong ran down for about 1/3 of the total elevation gain before resorting to being driven down. 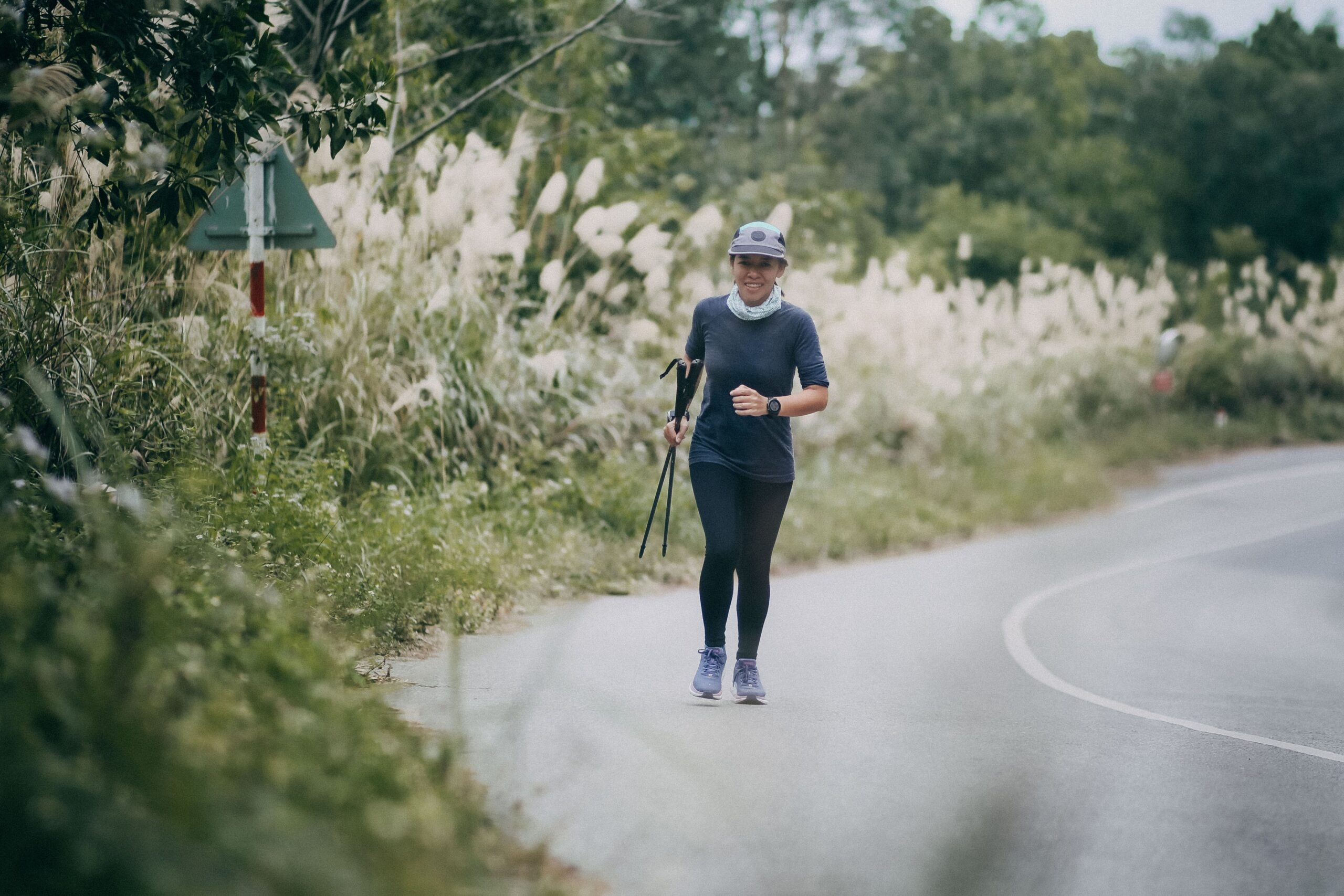 Trang Tran, the only female of the group challenge

Driving down is allowed in Everesting because this challenge is all about the gain. Moreover, the challenge was originally conceived for cyclists who can generally coast down without much effort. 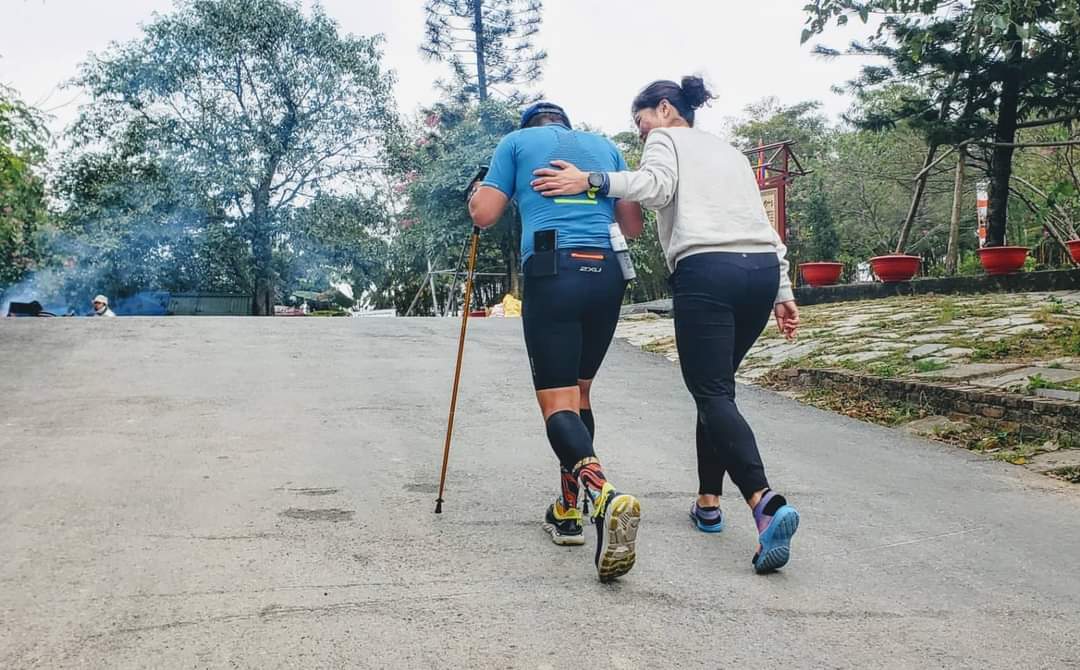 Pham Phuong and his supporter (Hang Pham) close to the peak 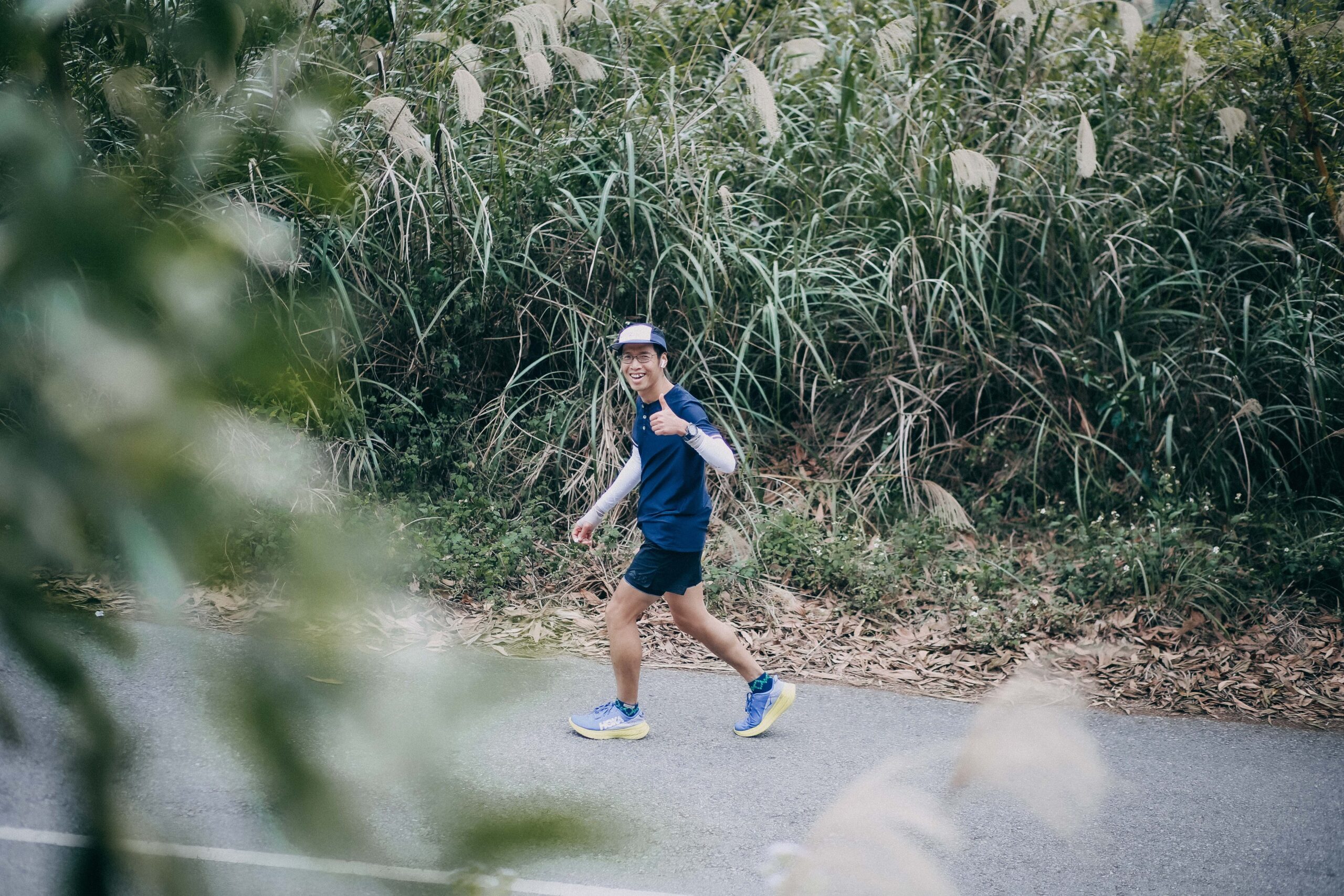 What I enjoyed the most was the community spirit and amazing support from a strong field of dedicated supporters from Hanoi Triathlon Club (HTC). Before the event I didn’t expect 20-30 to support, with many staying overnight to watch over us, cook and give us warm, hot food in the cold windy night, and also drive us down to the bottom again after every lap. 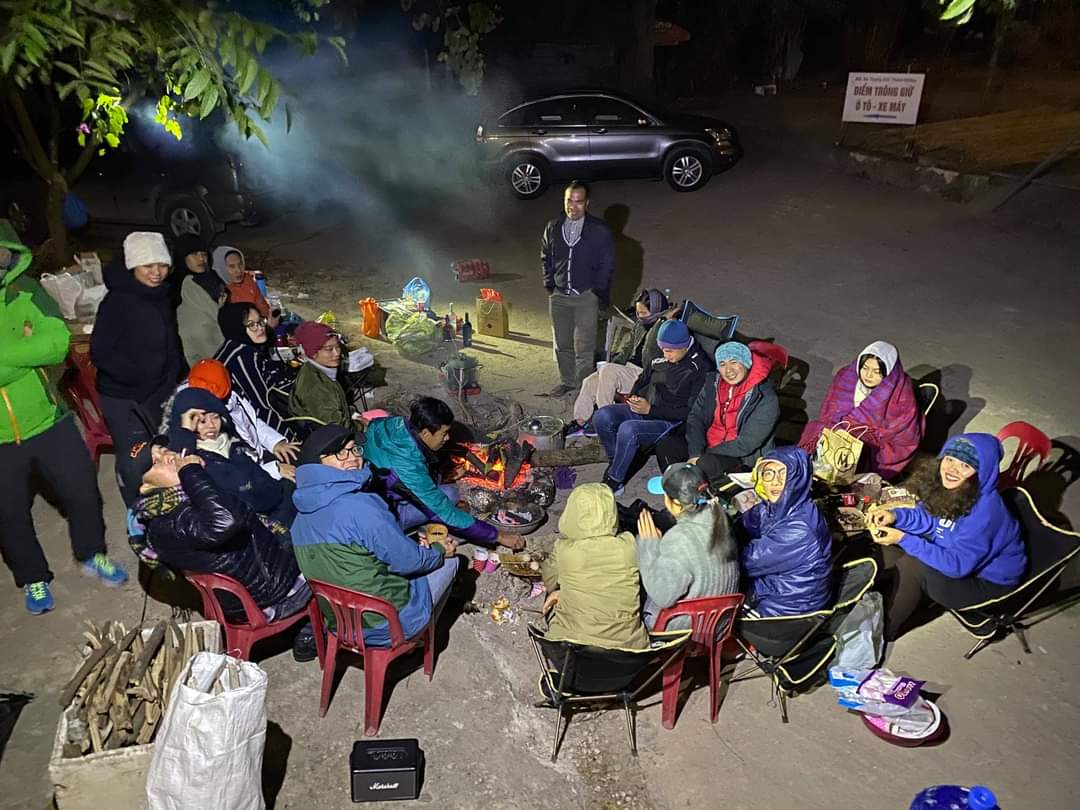 Hanoi Triathlon Club (HTC) came to support for the challenge

Where else can we ask for a champion (Hung Hai) to be our driver? He was as amazing at  driving as he is at running. Quang Nguyen also gave as strong and hard a massage as his interval running sessions! Quynh Giang stayed throughout and cooked amazing porridge. Hoang Le, possibly Vietnam’s best supporter, came all the way from Hai Phong to the event. Le Duc Anh, aka Du, vice-chairman of HTC stayed throughout the event. The most important lady is probably Hai Van, whom I call the “ba bau” of the runners in Hanoi. She planned everything, got everyone together, and was one of those who stayed throughout the event from Friday afternoon to Sunday morning.

This challenge truly showed what a great community we have and I am extremely proud to be part of it!