You are here: Vietnam Trail Series » From Street Kid to CEO and Ultra Runner

From Street Kid to CEO and Ultra Runner

One of the first street kids Blue Dragon Children’s Foundation helped many years ago, Do Duy Vi, recently became the organisation’s co-CEO. He is also a runner and a founder of the Blue Dragon Running Club. Here we talk to Vi about his own running, the club, his journey to becoming CEO and his plans for the charity. 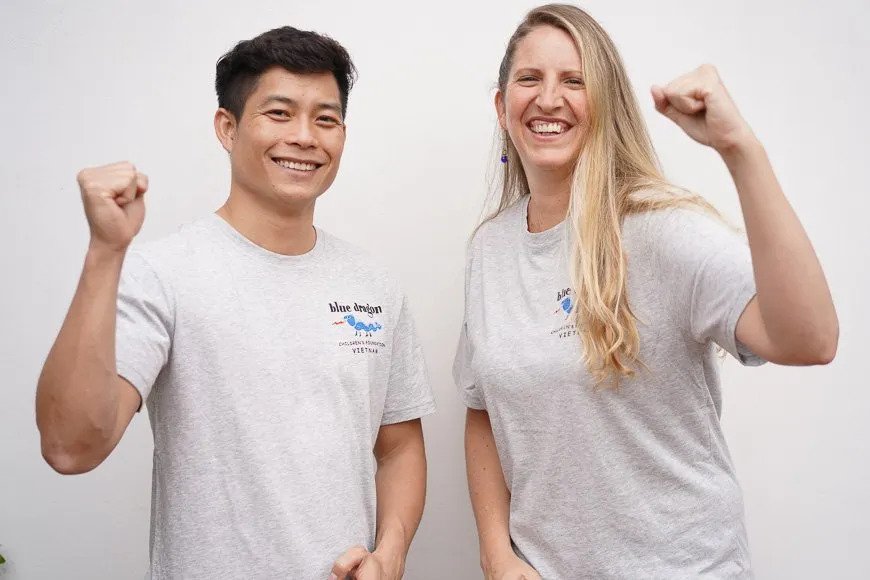 Vi and Skye Maconachie, two co-CEOs of the organization

For our readers who are not familiar with your work, can you give an overview of the charity’s work?

Blue Dragon reaches about 10,000 people around Vietnam. Our work focuses on helping kids to get off the streets and we rescue human trafficking victims. So far we have rescued more than 1,000 people from human trafficking and helped almost 700 homeless kids return to their families.

How did you go from being helped by Blue Dragon, to helping others by working for the charity?

In 2003, when I was 15 years old, I was a shoeshine boy and helped by Blue Dragon. A few years later when my life was going well and I no longer needed help, I wanted to volunteer to support Blue Dragon. Since then, I couldn’t leave!

I was desperate to receive help when I worked on the street and it’s so hard to see other kids still out there. They’re sleeping under bridges and in parks; they’re hungry, abused, and desperate for someone to save them. I look in the kids’ eyes and realise they are same as me when I was 15 years old. I just want to help them and give them the chance I was lucky to have before.

You were a founder of the Blue Dragon Running Club, members of which run the Vietnam Trails Series events and have in fact even won. Can you tell our readers a bit about how that started and the activities of the club?

In 2020, Blue Dragon was selected as one the charities to receive donations from the Vietnam Trail Marathon (VTM) in Moc Chau. It was also my first ever 10km! This was a real turning point for me.

In my work, I meet incredible people and witness extraordinary stories. For example: One of our boys walked over 100km to escape domestic violence and reach Hanoi.

And one of our girls escaped from a brothel in China and walked for days to come home to Vietnam. So, I knew they would love to join such a challenging and rewarding event like VTM and they would get a lot of benefit by doing so. When I invited them, they were really excited – and they did so well.

Topas has really supported our ideas for Blue Dragon kids to join the runs. So we started our own club and have organised running activities regularly, with about 100 kids from 7-20 years old.

They meet on the weekend and run together – and I run with them too. It has become one of their favourite activities in Blue Dragon.

The kids are from so many different backgrounds; some have been street kids, or are living in slums, or have disabilities, or are survivors of human trafficking. They all want something better for their life, and they all love the challenge of long distance running. 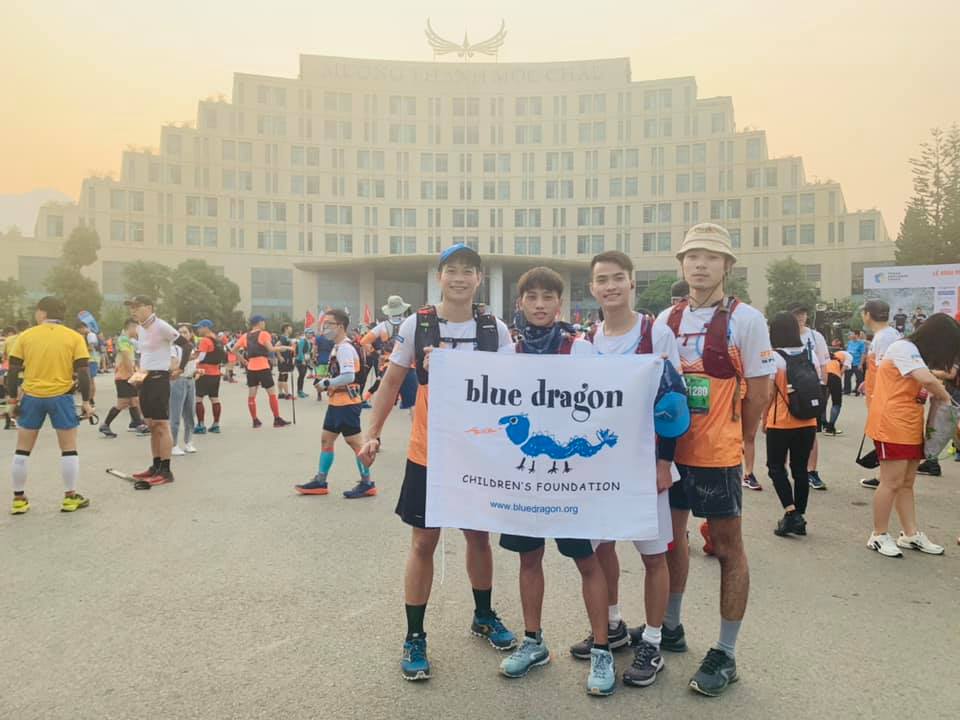 What do the kids get out of being members?

The immediate effect on the kids is that they are much healthier, happier and they care about their future more. Running is a way for the kids to release their stress and anger.

They have a sense of accomplishment, they can see what they have achieved. And some even win prizes. You cannot imagine what it means to those kids to stand on the podium as a winner. In all their lives they have never won anything!

On a more personal level, we know you have also become a more passionate runner since the club was founded. What does running bring to your life?

I have learned so much from the running community. I have more friends with extraordinary mindsets, kindness and compassion.

Running has even helped me give up bad habits (like smoking!) and focus on more healthy activities.

I am so proud of myself that I ran 72km and inspired our staff and kids to start running. My wife and my kids are also runners now. We sometimes run together on the weekend. 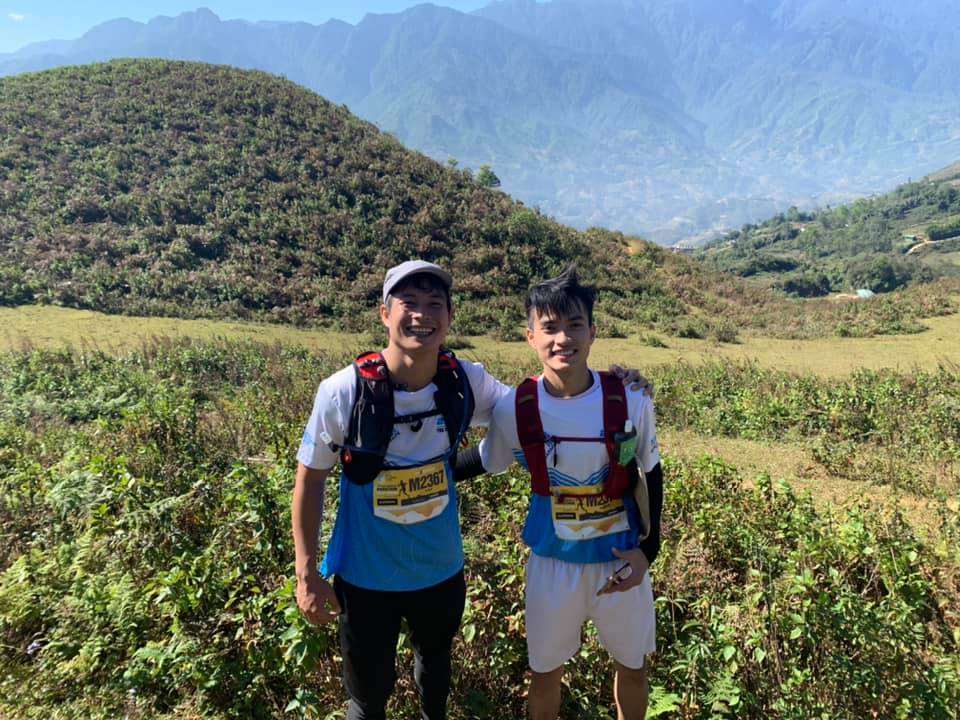 You recently ran over 72k on a treadmill to raise funds for Blue Dragon. Do you have plans to run an ultra mountain race now?

Yes, I definitely want to join an ultra mountain race. It’s just a matter of time. It will take a lot of preparation and persistence to accumulate the strength and be resilient enough to run ultra mountain races. I would like to start with 42km at Vietnam Mountain Marathon in Sapa this year, then the 70km at Vietnam Trail Marathon in Moc Chau in 2023.

Back to Blue Dragon – the charity’s blog is full of incredible stories about the charity’s work with street kids and those who have been rescued from trafficking. If you had to pick one or two stories to give people an idea of the great work of Blue Dragon, which would you select?

The story that has touched me most is what happened to a girl named Anh. She’s from southern Vietnam and was trafficked to China and sold when she was just a child. Blue Dragon found and rescued her, but when we took her to the hospital for a health check she found out she was pregnant with twins. She had no idea. Her life has been so difficult, but she is so strong. I am really inspired by how she has faced these problems in her life.

She faced enormous hardships in life and managed to overcome them all. Being strong is the only choice she has at the time and now she is able to get her life back, although it will take years for her to recover from trauma.

(The full story is on the Blue Dragon blog: https://lifeisalongstory.com/a-shocking-revelation)

Very recently you became the co-CEO of Blue Dragon. What are your goals for Blue Dragon now that you are in this leadership role?

I want to expand our work to new areas of Vietnam. With a super star team to help more people around the country, we will scale up our partnerships with businesses, government agencies, other organisations, and people to achieve our mission of ending human trafficking.

Lastly, what could those reading this interview do to help Blue Dragon’s work?

Our work is reaching more people around Vietnam so that we can end human trafficking.

We can only do this with support from the community.

You can donate, or even create your own fundraiser by running for Blue Dragon and asking your friends to sponsor you.

And if you see kids on the street in Hanoi or know about a victim of human trafficking, you can contact us by social media to let us know.

To learn more about the great work of Blue Dragon Children’s Foundation, please visit their website here.
To read more interviews with runners, see our Q and A archive here.