This month Vietnam Trail Series charity beneficiary, Blue Dragon, share the story of Nga who Blue Dragon helped to free after seven years in captivity having been trafficked at the age of just 14. 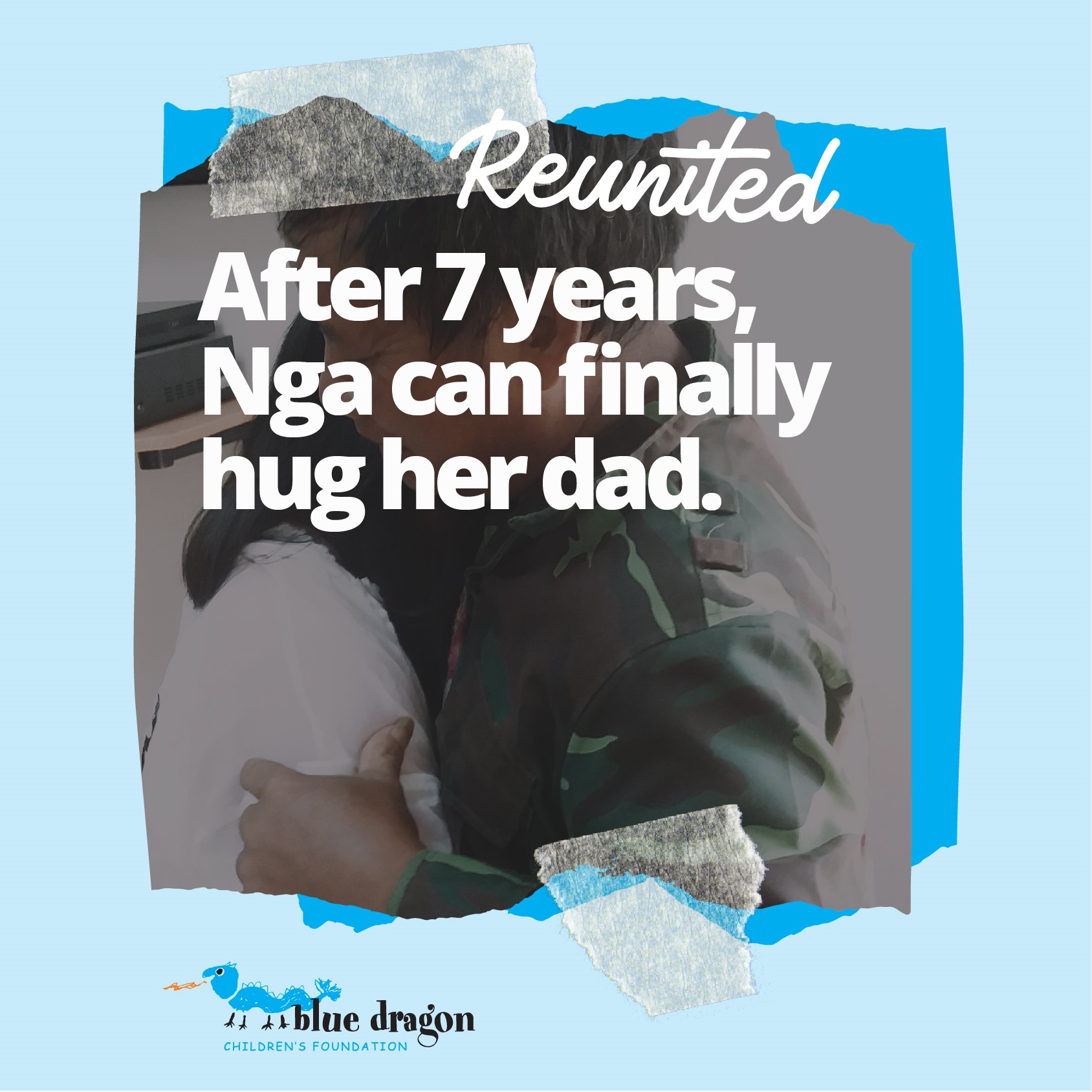 The last time Nga was able to hug her dad, she was just a 14-year-old girl. Seven years later, she’s finally home and in his arms again.

Nga didn’t have much growing up. Born into a big H’mong family in remote Dien Bien province, her parents really struggled to provide for her and her seven siblings.

But despite living in deep poverty, back in 2013, Nga was beaming. She had met a boy she really liked, and was filled with joy because he liked her too. Or at least that’s what he had her believe.

In reality, that charming boy was a human trafficker. By pretending to love Nga, he was able to deceive the teenager and take her to China.

On the other side of the border, he sold her as a ‘bride’ and, at the much too young age of 14, Nga was forced to marry a complete stranger. She had become a modern-day slave.

Nga’s ‘husband’ and his family were anything but kind to her. For years, she had to endure their violence and humiliations. One day, she simply couldn’t take another blow, and decided to run away.  Nga ran as fast as she could, but it was in vain. The beating she received when she was caught was even worse than the previous ones.

Despite having suffered such a terrifying experience, Nga remained determined to return home. Over years, she built up the courage to attempt another escape as she patiently waited for the right time.

A few weeks ago, the perfect opportunity presented itself, and Nga didn’t think twice. She ran for her life, and this time she succeeded.

Nga reached a police station and the authorities contacted Blue Dragon to help Nga return home. During the two weeks in mandatory quarantine, Blue Dragon psychologists offered her comfort and encouragement over the phone.

When she was ready to return home, Blue Dragon’s rescue team took the trip to Dien Bien with her. Nga was in disbelief. After spending years trying to accept she may never see her family again, there she was. She had escaped. She was alive and on the way home. Suddenly, those few hours on the car before reuniting with her dad felt longer than the previous seven years.

When the car finally pulled over, Nga’s dad was already waiting for her, nervously pacing around the room, wondering what to say, what to do when he saw his little girl after so long. But none of that mattered when Nga walked through the door. Their tears of joy mixed with the happiest of laughter as father and daughter fell into each other’s arms.

Nga still has a steep path ahead towards recovery, but finally being home surrounded by loved ones will be a crucial help in her healing process. And Blue Dragon will support her on every step of the way.

If you would like to learn more or support this work further you can visit their website here.