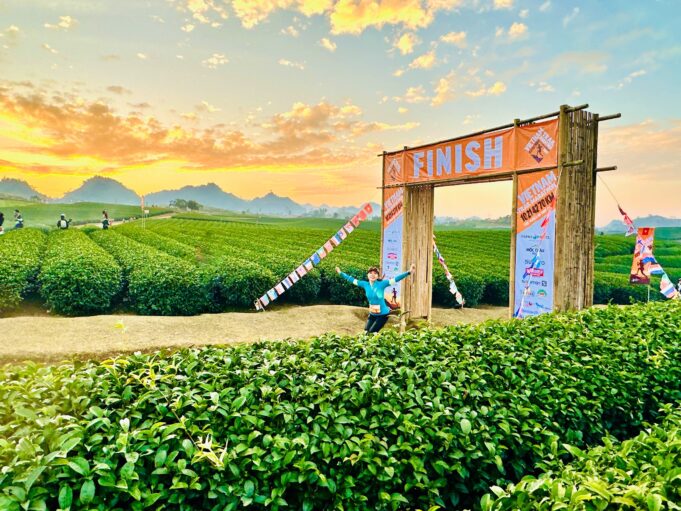 Moc Chau welcomed thousands of runners racing up to 70km on stunning trails in remote mountains and through minority villages and blossom filled orchards. Plus, money raised to go to local neo-natal care and poor households.

Established in 2019, Vietnam Trail Marathon has grown to become one of the largest mountain runs in the nation, with 3,500 runners taking part this year.

Since it began, the race has brought more than 13,000 runners to experience the warm hospitality and stunning scenery of Moc Chau.

The winner of the men’s 70km race was Manuel Aliprandi. He said “It was very random for me to participate in VTM 2023. I and my girlfriend were having a holiday in Vietnam when we accidently found the race. We then decided to reschedule the whole trip just to take part in it. I would say, I do not regret this decision. The race was amazing. The scenery is beautiful and pristine. The locals are super friendly. In addition to that, all staff at VTM even make it better with their friendliness and helpful support. The atmosphere is unique at VTM, and I would say it was not something that you see every day!” 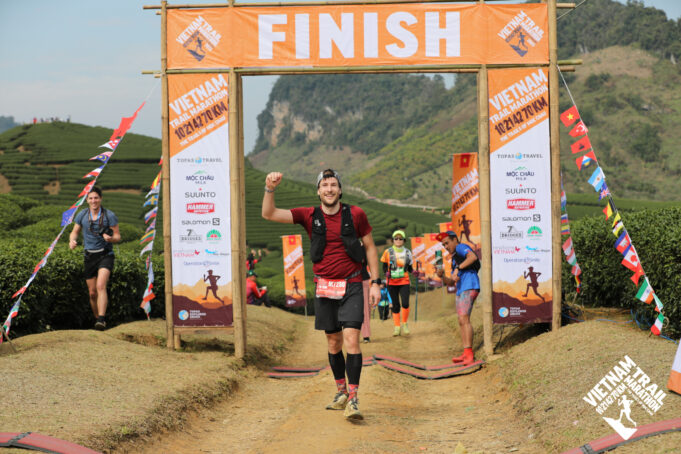 The female winner of 70km champion was Vu Thi Lan Huong. She earned second place at both VTM 2022 and VJM 2022 at 70km distance. VTM 2023 is her first win at Vietnam Trail Series. Huong shared: “I am so happy. The weather is amazing here in Moc Chau and I have a great companion running with me, Loi Luong. VTM 2023 is very meaningful to me as it is my first win at a VTS race. Thank you, Topas for having organized all the races very professionally. All routes had great scenery and the markings are very clear, making all runners feel assured to complete the race with their best performance!” 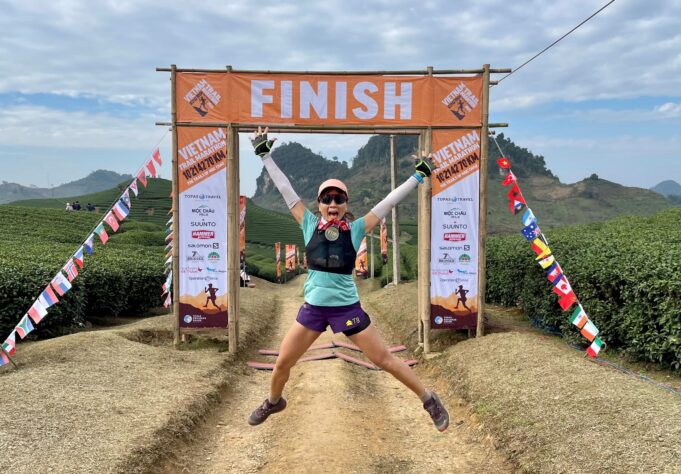 VTM 2023 also created lovely memories and stories for the participants. One of them was the story of Nguyen Huu Tri, a popular Vietnamese Youtuber and a runner. Having participated three seasons of Vietnam Trail Marathon, this year, he returned at the 42km distance and shared an adorable story at the race. After running for the first 11km, Tri got an injury and could not wear his shoes anymore, so he was looking for a place to borrow flipflops. Lucky for Tri, an “auntie” on the way brought him the only pair in her house, even though he did not carry any money with him.

Tri shared: “I was so grateful for them that I kissed her on the cheeks. She was surprised because of my reaction and gave me a big smile. If she did not give me the flipflops, I would have never been able to complete the race! They were the only pair in her house, and she gave them to me. This tells you a lot about the support of Moc Chau people for VTM and I believe this story will stay with me forever.”

We also got to interview Nhan Phuc Vinh. An actor who has recently gained popularity in running. Vinh ran the 21km distance at VTM 2021, 70km at VJM 2022 and VTM 2023.  Vinh gained interest in running for Topas from a conversation with Operation Smiles.

Vinh shared: “I started running when I had a talk to Viet from Operation Smile which convinced me to run Topas races. Besides the ambitions for running like other runners, running is a way to raise funds for children via this organisation. Since that moment, I do not feel there is any reason not to run. Therefore, I have participated in Vietnam Jungle Marathon in Pu Luong and then VTM. The running results also start improving since I started running more. I will definitely return and hopefully make it a motivation for other runners to run for a good cause!” 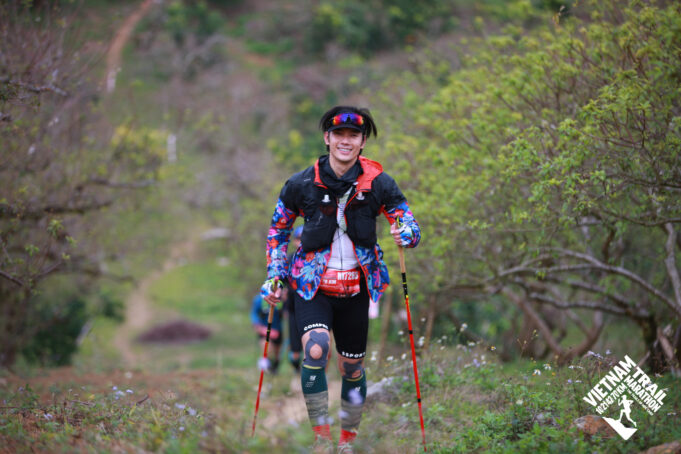 To date the Vietnam Trail Series has raised around USD390,000 (VND9.2 billion) for good causes.

“This year, the money raised will be used for projects at Moc Chau hospitals alongside improving the houses of poor families in the area around the racecourse,” said David Lloyd, Race Director at Topas Vietnam Trail Series.

On race weekend, an agreement was signed between Newborns Vietnam and Son La on working together to improve the standard of neo-natal care in Moc Chau and Son La.

The next Topas race will be the 10th anniversary of the nation’s first ever ultra-trail, the Vietnam Mountain Marathon, which was established back in 2013.