You are here: Vietnam Trail Series » Q & A with Henrik Leth Jørgensen

Q & A with Henrik Leth Jørgensen

A long distance runner and former national team orienteering athlete, Henrik is now a race director and coach. He also works at the Topas HQ in Denmark. 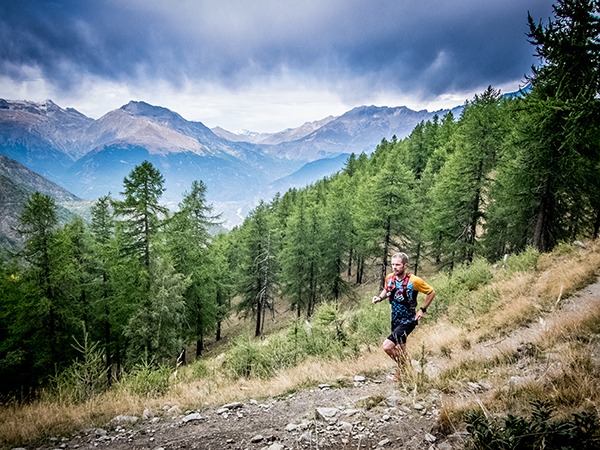 You’ve raced for your national team representing Denmark. How did it feel when you first made the team? What does it mean to you to wear the national colours?

My first appearance on the national team was when I was 17 years old. It was a very special feeling to finally achieve something that I had been training for for such a long time. It is always extraordinary to represent the national team, as it is not only for your own pleasure, but also because somebody has picked you, because they believe you can perform at your best when needed.

What is your running background?

You take part in team adventure races – what is the key to a team working well together?

My team, Team Yeti, consists of 1 girl and 3 guys, as the international competitions are always mixed gender on the team. It is really crucial that you are honest and open minded. You will get tired, really tired, both from sleep deprivation and because the races last for so many hours non-stop (longest for me was 128 hours). At these times you need to be very honest to the team about your own situation, physically and mentally, and be aware that when your team members suggest something (help, food, advice), it is because they see things that you do not see yourself, and they are also trying to optimize the team.

What is the most extreme race you have ever done?

One was Adventure Racing World Championships in Brazil in 2008. My team was racing 110 hours, with only 12 hours sleep.

The climate and the environment is really different from Denmark. Racing in temperatures that are at least 10 degrees higher than the highest we experience in Denmark was difficult. And the stages of the race were longer than we were prepared for. Two times during the race we sat in our kayak for more than 20 hours. We had trouble with the gear – I had to climb down a canyon during night with only a tiny red headlamp. And all on the team had stomach issues during the race. But the team worked well and we made it all the way to the finish line.

Who is your biggest influence and/or inspiration?

The coach on the junior national team when I was an orienteering runner. He had enormous experience and knowledge, and he was extremely good at seeing what the individual had to work on, not only relying on general coaching or training knowledge. He could also get the group of runners to help each other, even though we were competitors when running.

You organise trail running camps. In your experience coaching these, what are the biggest changes people make to improve their trail running?

I think the single most important thing for most of the runners I have worked with is ‘trail sight’. Teaching people to look further ahead gives them better time to react to the obstacles. And it is in fact quite easy to train. You start by walking with your eyes closed. And only open them for a very short while now and then. When you feel safe you start to jog, still with your eyes closed most of the time. It takes some time to get used to, but you can give it a go on all your runs, and after a while you feel more secure on the trails.

The second most important thing is the cadence of your feet. Being able to change your cadence when needed adds safety and mobility to your run. It is also easy to train, put small obstacles on the ground – the distance between them should be just a little more than the length of your shoe. When you run over the obstacles, take a step between every obstacle, and push the tempo upwards as fast as you can.

I try to plan my training in blocks (weeks), with each block having a special focus, but the same basics: long runs, intervals, hill running and an easy run. On top of that I add more long runs if it is an “endurance” week or intervals if it is an “speed” week.

I also add some specifics according to the race I am training for., for example when training for Everesting.dk I had a 4 week block with special focus on vertical meters. I set a goal to achieve 2000, 4000, 3000 and lastly 6000 positive vertical meters in these weeks.

I also try to do a single week with kilometers equal to the race, with most of the kilometers on the weekend as back-to-back running. It has to be at least 4 weeks prior to the race. That is if it is a 100 mile race, I do about 40 miles Monday-Thursday, and 60 miles Friday-Sunday.

You live in a relatively flat part of the world – how do you train for longer hills?

I do a lot of running in the wild terrain. Not on trails, but beside the trails. This adds strength to my legs. I also adds some jumps and other strength exercises to some of my runs.

Downhill is usually the most difficult to prepare for. But running as fast as you can downhill on paved roads gets your thighs a little more used to the beating.

Do you have a favourite intervals running session?

I like running in the hills, so sometimes I do runs where I push the tempo on the uphills and take it easy on the downhills. And sometimes the opposite. I rarely do intervals on flat roads, so my top speed is not that good.

What advice would you give to someone who wants to start running and is totally new to the sport?

Walk. And be patient.

Start by walking and learn to walk fast. In that way you can actually get the heart rate quite high in the beginning, and you do not hurt your knees or shins too much. Slowly you start running small parts of your training sessions. Start by walking 3 minutes, running 1 minute. After a while you walk less and run more. And after a couple of months you can run the entire training session.

If you are patient, your body will adapt to the physical demands before you start running the entire training session. Most people start running from day one, meaning it hurts and they often get injured after a short time. Running should not hurt, but being tired is okay.

What is your approach to nutrition during a race?

The fastest and easiest way to get energy in is carbohydrates. But for longer races it is more important that you simply eat, rather than focusing on  what you eat. I try to bring various energy supplies, so I always can find something that suits me.

Eating a little all the time is better than a lot once in a while. I prefer gels, candy and other very easy chewable energy.

How about after a race? What’s your favourite celebration food?

A cold beer and french fries. And some fresh fruit. And some hours after the finish line, a solid hot meal.

What do you think of Strava? Good for running,or bringing too much tech to the trails?

I have always been a tech geek, and like numbers. So I use Strava. But mostly for comparing my own training sessions. I have made some segments in my training area, and like to test myself now and then to see if the training is progressing.

It can also be used when I visit new areas. Then it is easier to find the good spots.

What is your approach to pacing a long distance race and what advice would you give to a first time ultra runner?

In orienteering pacing is very different from other kinds of running, because you run alone and also have to navigate. And in adventure racing you need to take care of an entire team when setting the pace.

But my main rule is to start slower than I want to. I don’t use a heart rate monitor in race, but try to “listen” to my body. The key is to have a stable heart rate through the entire race, and avoid peaks in the heart rate.

Many people say trail running is largely a mental game. Do you agree and what tactics do you have to keep mentally strong when it starts to hurt?

Ultrarunning and adventure racing is largely a mental challenge. Being well prepared physically is important but it is also crucial to be mentally prepared.

In the race I usually try to break it into segments, and only concentrate on one segment at a time. Often aid stations are good for breaking the race into segments.

I often use treats for myself. Allowing to have some special food, switch shoes or maybe listen to music., but only when I reach a specific point in the race. In that way I can have 3-4 special points in the race to look forward to.