Among the many runners that took part in the Vietnam Trail Marathon this year, one group stood out in the crowd: the kids from Blue Dragon. Read on to learn why VTM is so important to them. 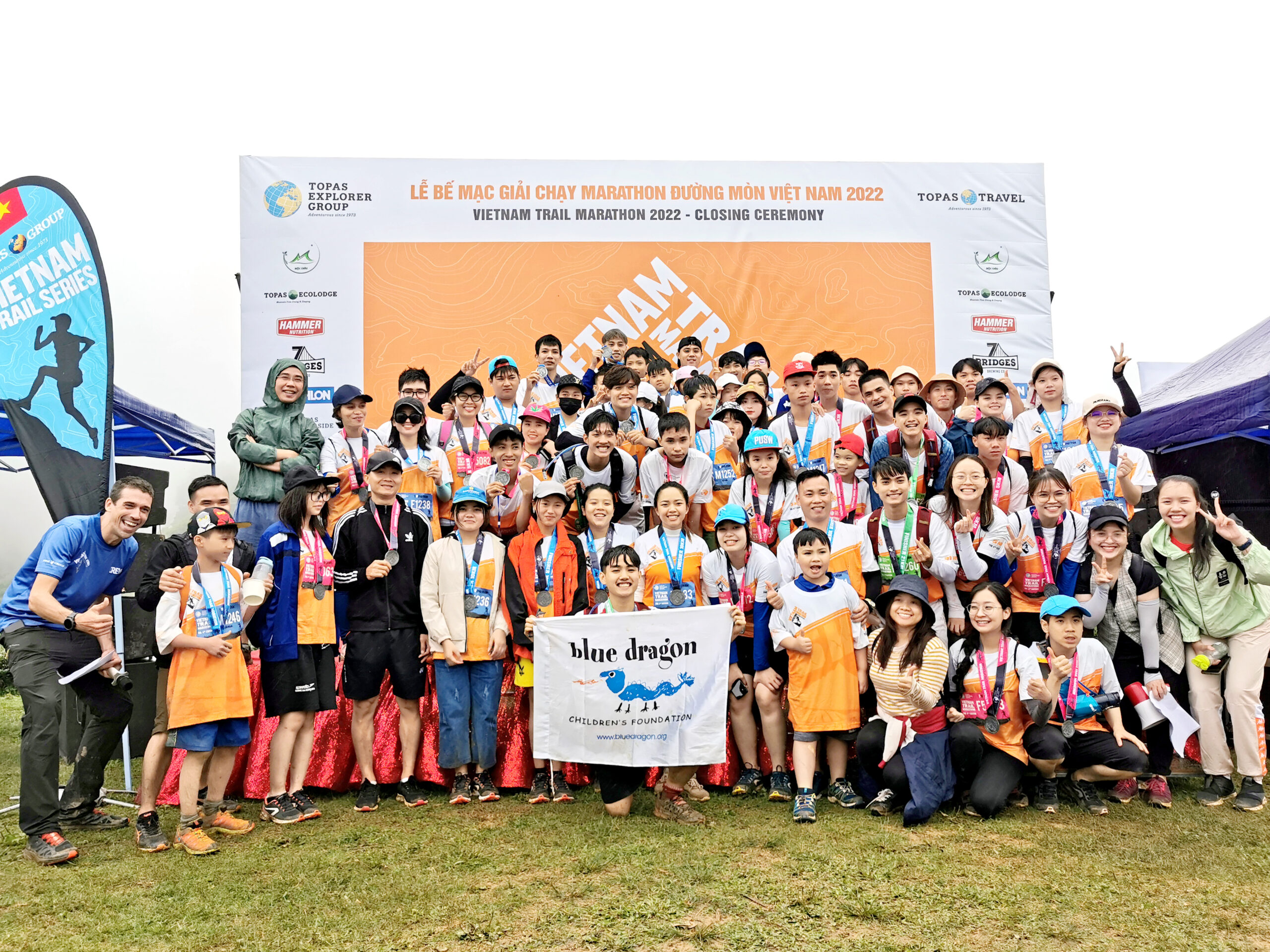 The past year has been a turbulent time. For many, last year’s lockdowns and restrictions meant they couldn’t leave their homes, had to pause their education, or lost their jobs. For the children Blue Dragon cares for, the effects were profound.

Blue Dragon found more and more children wandering the streets. They had often run away from difficult situations or poverty to find work in the city. When they arrived to a shuttered capital, there was nowhere to go, nothing to do, and no options. Many wandered the streets and were taken advantage of by strangers looking to exploit them. 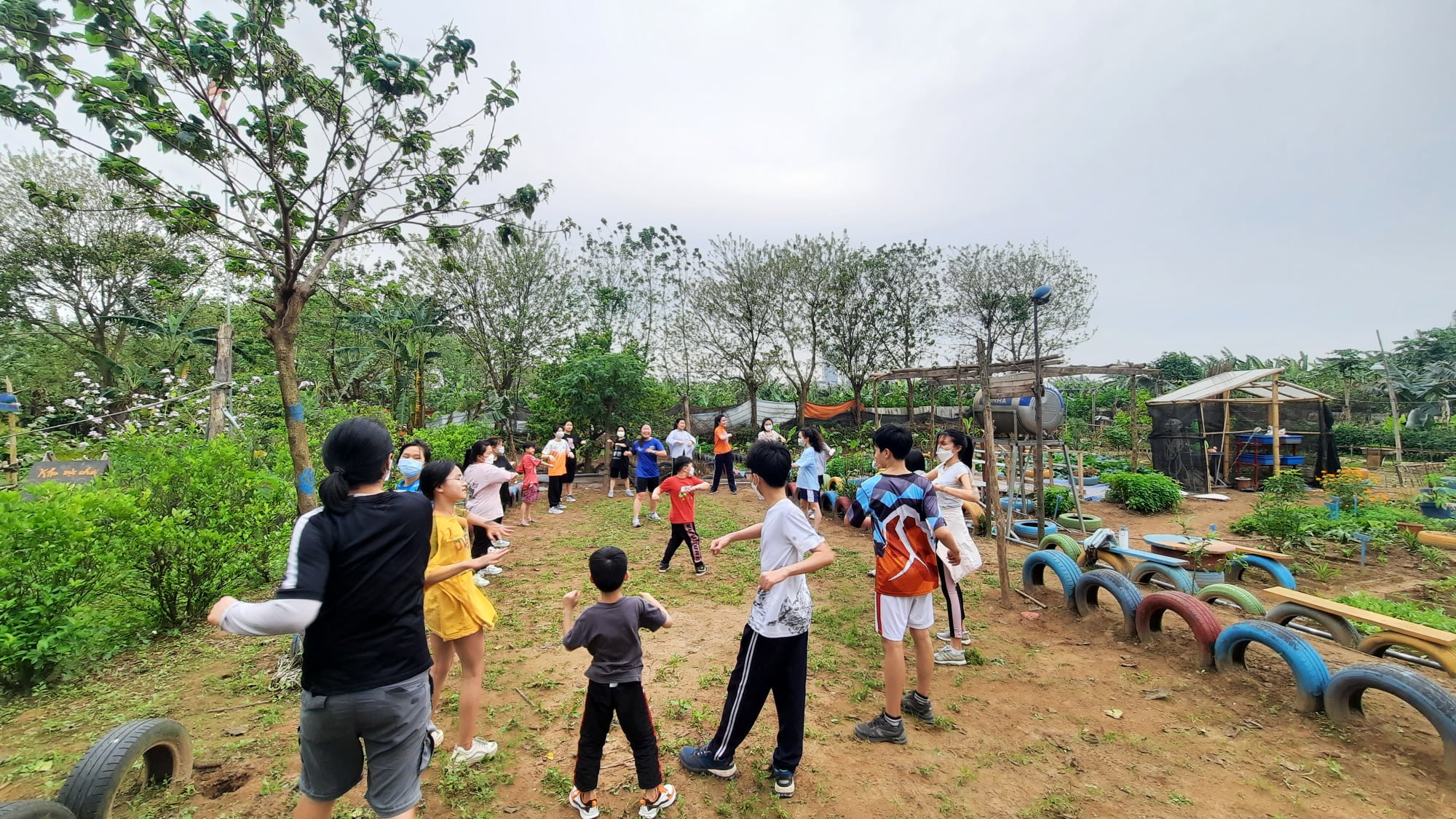 More and more children were in danger of dropping out of school entirely. There were no classes for so long, many felt there was little point in finishing their studies. That puts these kids at a deep risk of being trafficked and continuing on the cycle of poverty.

Despite these challenges, many children kept training for the Vietnam Trail Marathon with Blue Dragon Running Club.
Even though restrictions were in place and we couldn’t organise a run for many months, the kids still trained when they could on their own. Their enthusiasm couldn’t be contained, and as soon as the first practice run was organised they set off. 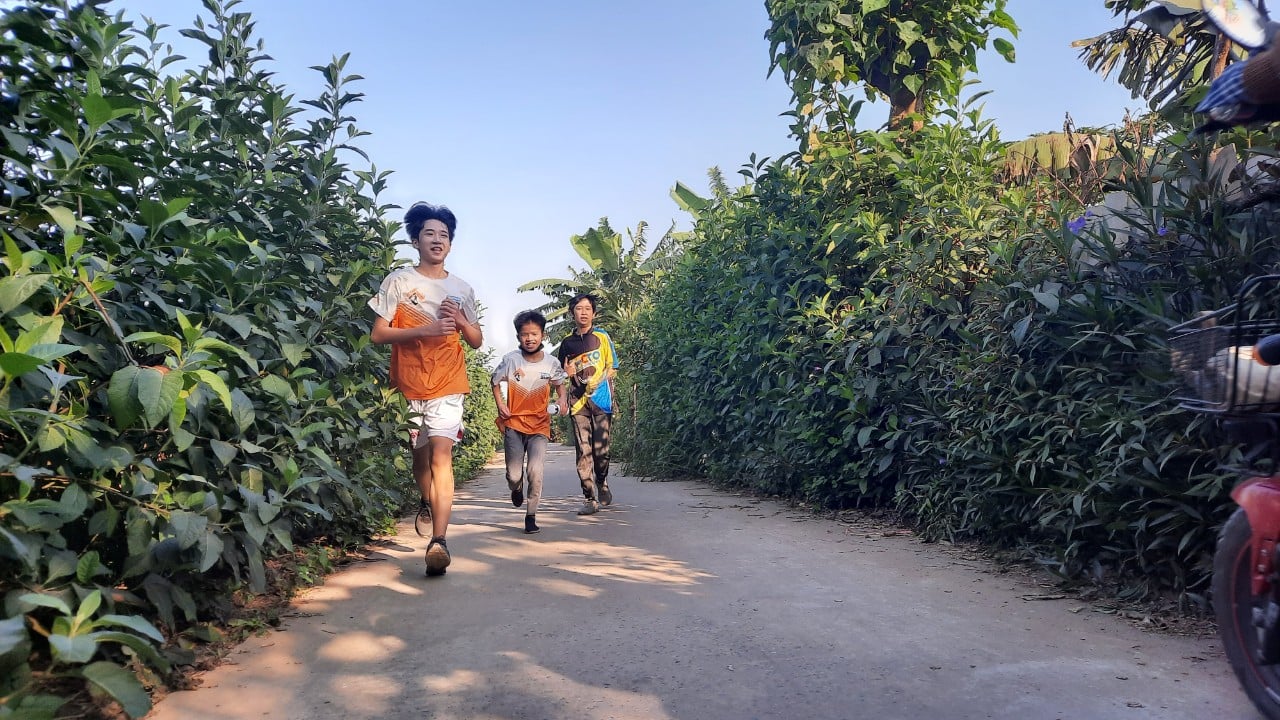 Other than training for the race, the children enjoy the every day activity of running and find it very beneficial. For some, the simplicity of the exercise and required determination helps them to focus on the current moment. For others, running is just plain fun. Regardless, VTM is an opportunity for the kids to challenge themselves all while taking in the spectacular scenery.

“I was very happy to participate in the race in Moc Chau, this was a memorable experience. I learned a lot of things as I ran, especially that you must run with the spirit of never giving up despite difficulties you face,” said one of the Blue Dragon runners. 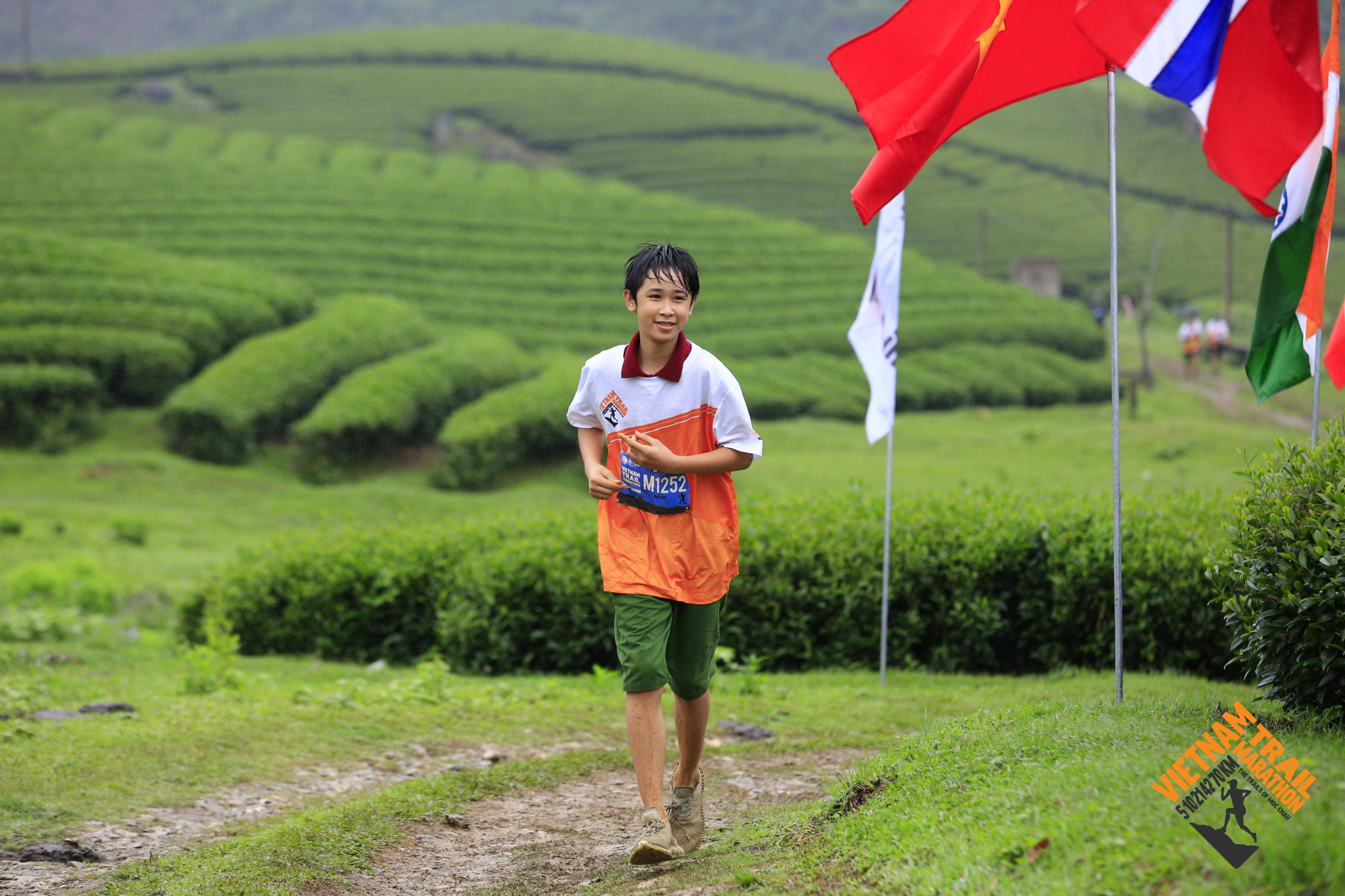 For some kids, it was their second time participating and they were elated to have the chance to run again. One of those children, Kien, has a hearing impairment and came in 6th place in the 10 km race. He was a bit disappointed in his performance compared to last year when he won, but he still had a great time.

He is from an ethnic minority community in northeastern Vietnam. His family doesn’t have much and for a long time he couldn’t communicate with anyone. After learning sign language, everything changed for Kien. He knew how to share his needs with others and found a passion for running when he came in first place in the 5km run in 2021.

Kien wanted to win again and got his older brother, Hung, to start training with him. Hung was supported by Blue Dragon when he was rescued from a garment factory in Ho Chi Minh City a decade ago. He now volunteers, and regularly trains with his little brother. Though they live far from Hanoi, they both feel like they are a strong part of the Running Club community.

Despite all the hardship faced in the past 12 months, many children are so happy to have the opportunity to join in VTM and regularly look forward to their runs. One child shared, “I want to participate in more races, because when I run I feel wonderful.” 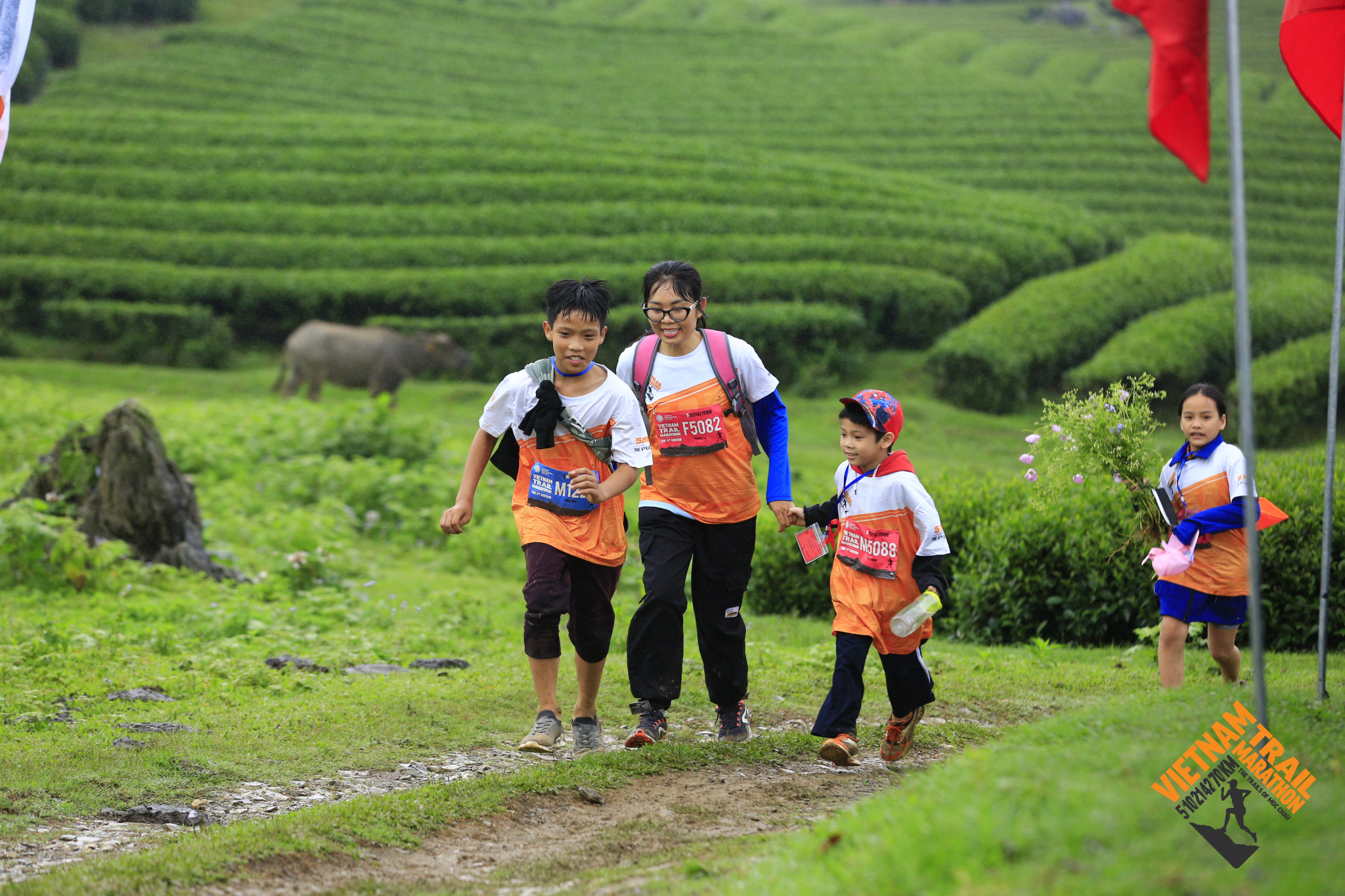 For some older kids, this is also an opportunity to work with their peers and show themselves as leaders in their community, “Through running, I found that I had accomplished seemingly difficult things. And being able to stand with teens my age and organise activities for younger kids makes me feel like I’ve done something meaningful.”

Blue Dragon thanks all the VTM runners for being a part of this incredible work.

To support Blue Dragon’s work further, there are a few options:

To date, Blue Dragon has: