You are here: Vietnam Trail Series » 47 nationalities to run at Vietnam Jungle Marathon

Runners from 47 nations are set to run up to 70km in Pu Luong Nature Reserve this weekend. With some top ultra runners coming from overseas going head to head with Vietnam’s best, this year’s 70k race Vietnam Jungle Marathon promises to be the most competitive yet. 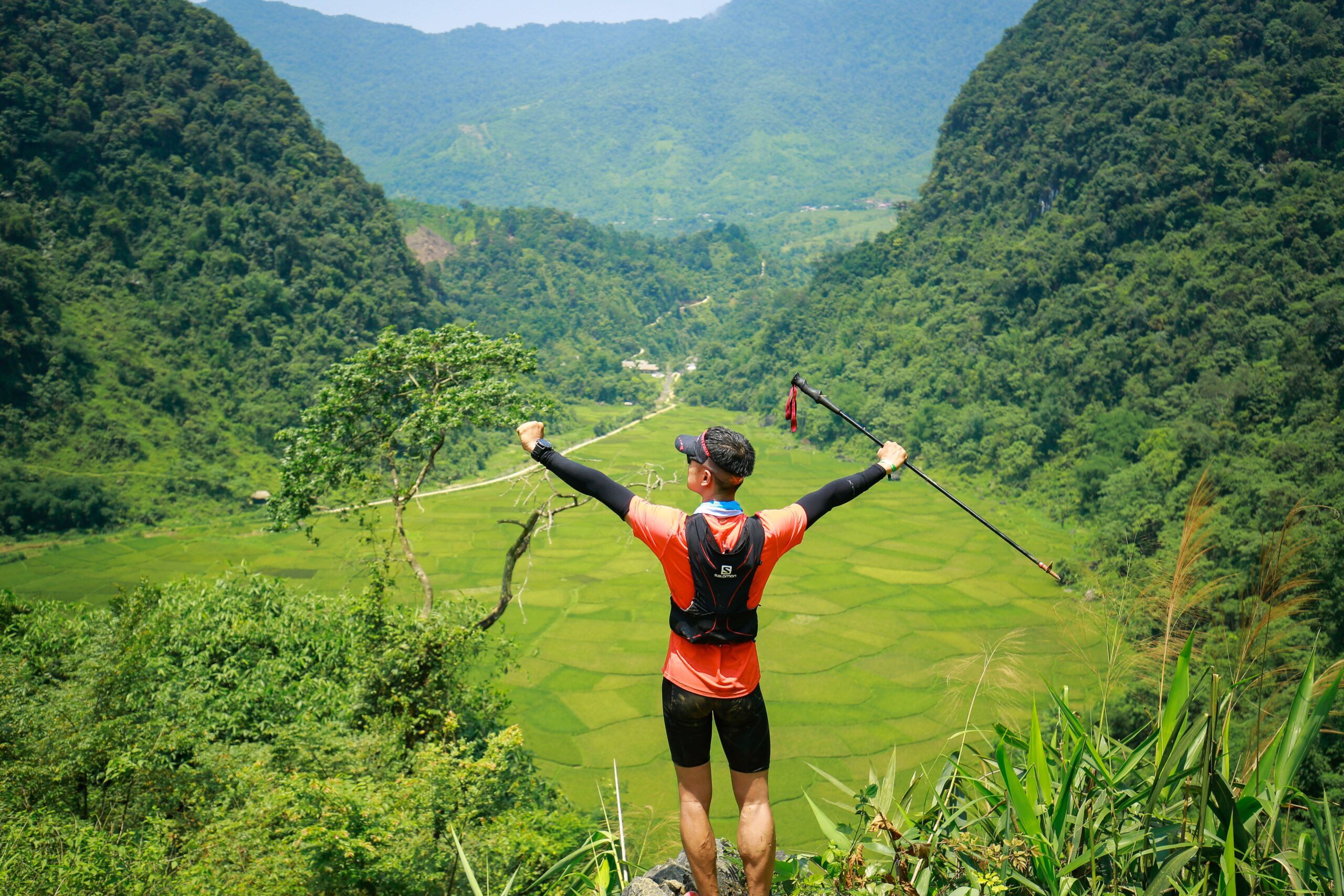 This will be the fifth edition of Vietnam Jungle Marathon and the biggest to date. It is held in Pu Luong Nature Reserve in Thanh Hoa province. This area is home to ethnic minority villages, stunning limestone mountains, some of the most beautiful rice terraced valleys in Vietnam, waterwheels and waterfalls, and welcoming locals to cheer on the runners.

“Many runners tell me this is their favourite Vietnam Trail Series race and it also holds a special place in my heart”, says David Lloyd, founder and Race Director. “Vietnam is full of incredible locations, but there is something very special about Pu Luong. Logistically there are certainly way easier places to create a race and there are more famous places too, but every time we come back to Pu Luong we remember why we chose it despite the challenges – it is unlike anywhere else and the atmosphere at this race is something unique.”

This year three Vietnam Trail Series race champs are going head to head with two newcomers to Topas race. Past VJM 70k champion Hisashi Kitamura of Japan is returning to defend his title. He won in a time of 8:28:49. Vietnam’s Hung Hai has previously been on the podium of VJM and also won at VMM. His previous VJM time was 8:58:34. This year’s VMM 100k champion Gaetan Morizur of France will also be on the start line alongside Arnie Macaneras and Jeff Campbell, both very strong runners with podium results.

Hitashi says: “I’m happy to come back to defend my title at VJM. I liked the race in Pu Luong because of the beautiful trail and race village atmosphere. Many runners get together at the homestays and enjoy the race and also the time before and after the race. The course is not super tough but it has very spicy steep hills! I hope everyone enjoys the suffering there and makes good memories!”

In the women’s ultra field, three champions will be racing each other for the first time. 𝗩𝗮𝗻𝗷𝗮 𝗖𝗻𝗼𝗽𝘀 of Belgium is returning to Vietnam, having already won and both Vietnam Jungle Marathon and Vietnam Trail Marathon. Vanja has strong pedigree in 42k races and very competitive 5k times, but this year she is stepping up to the ultra distance at VJM. She will be racing Vietnam’s 𝗡𝗴𝘂𝘆𝗲𝗻 𝗧𝗵𝗶 𝗗𝘂𝗼𝗻𝗴 (multiple Vietnam Trail Series podiums and wins) and 𝗡𝗴𝘂𝘆𝗲𝗻 𝗧𝗵𝗶 𝗡𝗵𝗼 𝗛𝗼𝗮𝗶 (VTM 2022 70k champ) 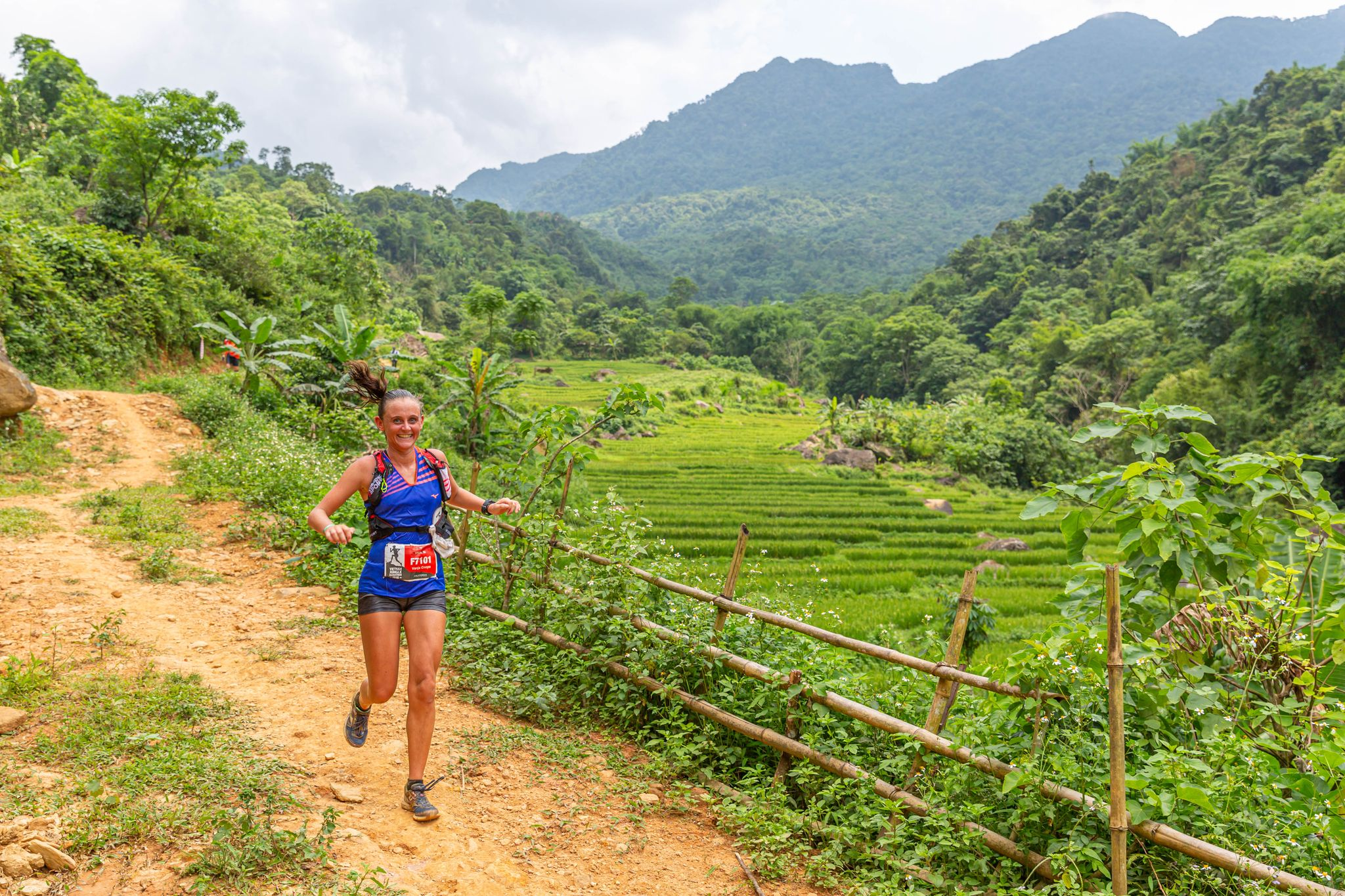 Vanja says: “I did the Vietnam Jungle Marathon 70 km in 2019 and it is still the longest and hardest race I have ever done. It is a beautiful remote area and I love the authentic Vietnam-experience. I am a little nervous, but very excited to be back this year!”

Funds over the past two years from VJM have been used for drowning prevention programs in the areas surrounding the VJM race course.

This year, alongside other charitable work, a group of 50 from Blue Dragon Children’s Foundation is being supported to join Vietnam Jungle Marathon, with their trip from Hanoi and the race fees fully funded. This gives the kids a great experience for the weekend and has also provided them with a target to train for over the past months.

Co-CEO of Blue Dragon Children’s Foundation, Do Duy Vi, was once a street kid himself. Today as well as being co-CEO, he is a runner, and he inspires the kids Blue Dragon helps to start running too via the charity’s run club.

Vi says “The young people who are part of the Blue Dragon Children’s Foundation Running Club are excited to be part of this race. They come from hardship and running has a huge positive impact on them, giving them confidence, health benefits and the chance to be part of a team.”